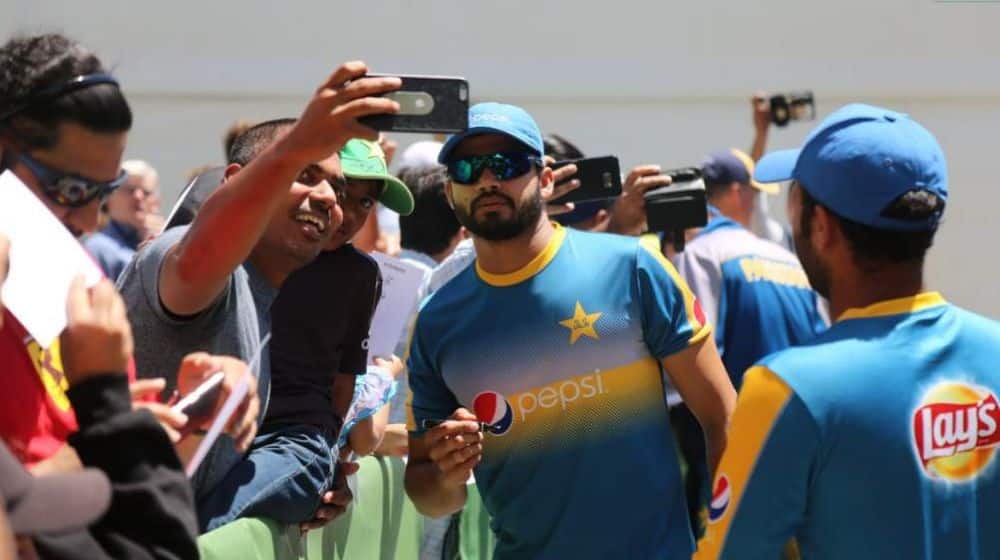 The Pakistan Cricket Board (PCB) has given cricket fans in Pakistan the opportunity to meet their favorite Pakistani players during the upcoming first Test match against England at Rawalpindi Cricket Ground.

The cricket board has launched an official merchandise store where cricket fans can order premium Pakistan cricket team outfits online, with the lucky winner having the opportunity to meet their favorite player.

While announcing this, PCB on its official Twitter handle wrote, “Place your order now at PCB Shop and get a chance to meet your favorite star at the Pindi Cricket Stadium from 1-5 December.”

Place your order now at https://t.co/TWU32Ta9wL and get a chance to meet your favourite star at the Pindi Cricket Stadium from 1-5 December.#WearYourPassion pic.twitter.com/FHa86GHCWK

It is pertinent to mention here that it will be the first time in the last 17 years that England will play red-ball cricket in Pakistan as they last visited the sub-continent country for the Test series in 2005.

Earlier this year, England’s white-ball squad toured Pakistan for the seven-match T20I series where the visitors claimed the series by 4-3. The series was played in Karachi and Lahore.

The national selection committee announced the 18-member Babar Azam-led squad for the series last week with a lot of fresh faces in the squad. The first Test will be played from December 1-5 at the Rawalpindi Cricket Stadium while three uncap players are expected to make their Test debut in the curtain-raiser of the series.