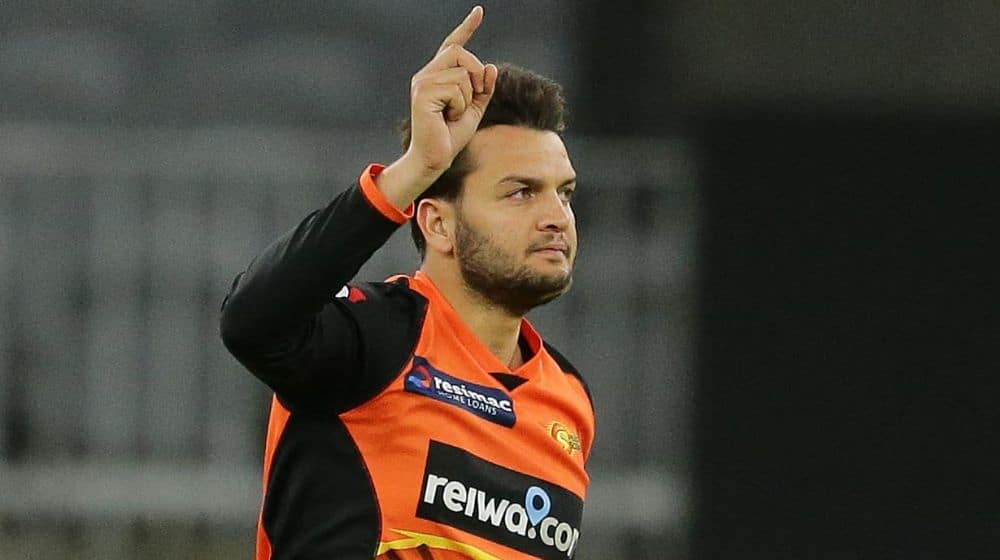 As per the details, the franchise has trusted the 29-year-old spinner to primarily provide cover for Tanveer Sangha, who has yet to play this season due to a stress fracture in his back.

The Lahore-born cricketer is the fourth Pakistani player to be picked in the Australia T20 league’s upcoming edition as Shadab Khan, Asif Ali, and Faheem Ashraf have already been signed by Hobart Hurricanes.

However, it was reported last week that due to the home series against New Zealand, Shadab Khan will be unavailable for the second leg of the BBL, and he will be replaced by England’s Zak Crawley.

Sydney Thunder head coach, Andrew Gilchrist, confirmed that Usman will represent the Thunder with all of his experience, having played international cricket for Pakistan as well as T20 leagues.

“Importantly, he has firsthand knowledge of Australian conditions, he played for Western Australia and South Australia’s Futures League, so he knows what to expect, ” Gilchrist added.

It is worth noting that Qadir has a great experience in the shortest format of cricket. The wrist-spinner has played 23 T20Is for Pakistan, as well as the previous BBL for the Perth Scorchers.