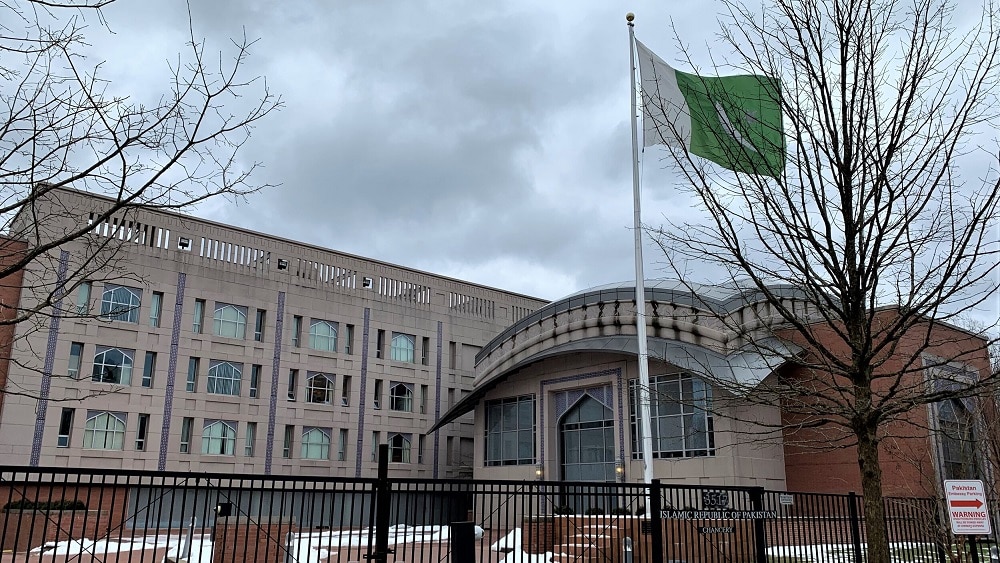 Federal Minister for Information and Broadcasting, Marriyum Aurangzeb, has announced that the federal cabinet has authorized the proposal of auctioning off one of the two Pakistan Embassy buildings in Washington, US.

She made this announcement during a press conference and stated that the then-PM, Yousuf Raza Gillani, had approved the renovation of those two buildings in 2010.

According to the details, one of the buildings was fully renovated, but the second one’s restoration work was only 60 percent completed. In addition, the US government had removed the diplomatic status of that building, Information Minister added.

Moreover, she claimed that the government has paid thousands of dollars in taxes for the building, which is currently not in use. Therefore, the cabinet approved the decision to auction the partially renovated building in a transparent manner.

Furthermore, she stated that the previous bid for the building was $4.5 million, but now $6.9 million has been offered, which is significantly greater than the earlier one.

Besides, the Information Minister remarked that the coalition government is completely devoted to addressing the citizens’ grievances and added that they are entirely focused on assisting flood victims and restoring flood-affected areas across the country.