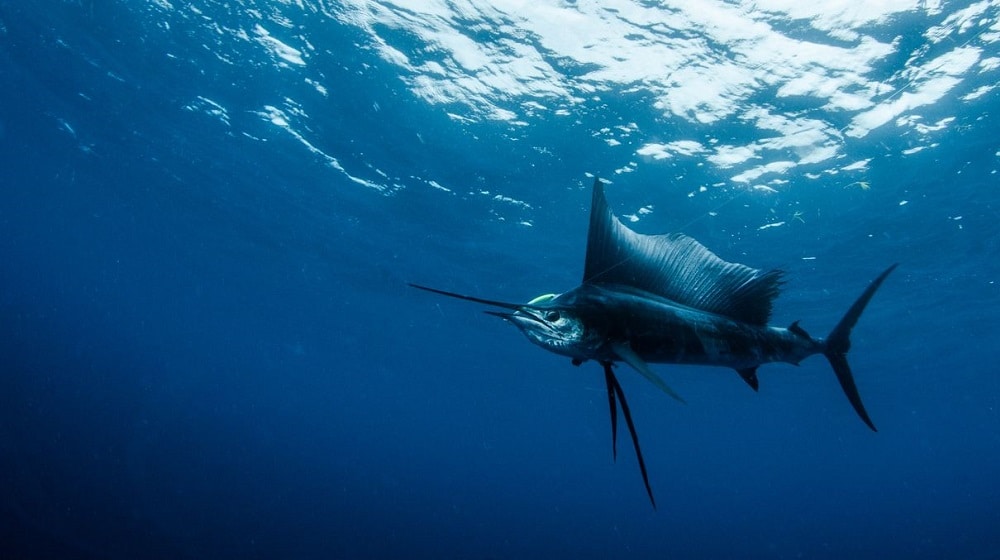 Fishermen hailing from the Ibrahim Hyderi area of Karachi accidentally caught a massive rare fish while fishing in the Arabian Sea on Wednesday. The fish is known as Indo-Pacific sailfish and the locals refer to it as “Ghora fish.”

According to a statement by Ibrahim Hyderi’s Coastal Media Center, the sailfish was nearly 10 feet long. This is the first time locals have caught a Ghora fish of this size. The fishermen released the fish back into the water after taking pictures with it.

Speaking over the development, World Wildlife Fund’s (WWF) Technical Advisor, Muazzam Khan, clarified that the Ghora fish is endangered and is present in large numbers across Pakistan’s littoral territories.

In comparison to other species of fish found in Pakistani waters, nearly 2,200 tons of Ghora fish were caught in 2021. This number shows that its meat is not preferred for consumption in the country.

Last month, local fishermen in Balochistan’s Gwadar accidentally caught an extremely rare sunfish that weighed over 2 tons and is typically found in the deep sea.

The fishermen were stunned by what they unexpectedly captured in their traps. The fishermen caught a rare fish species known as ‘Sunfish.’