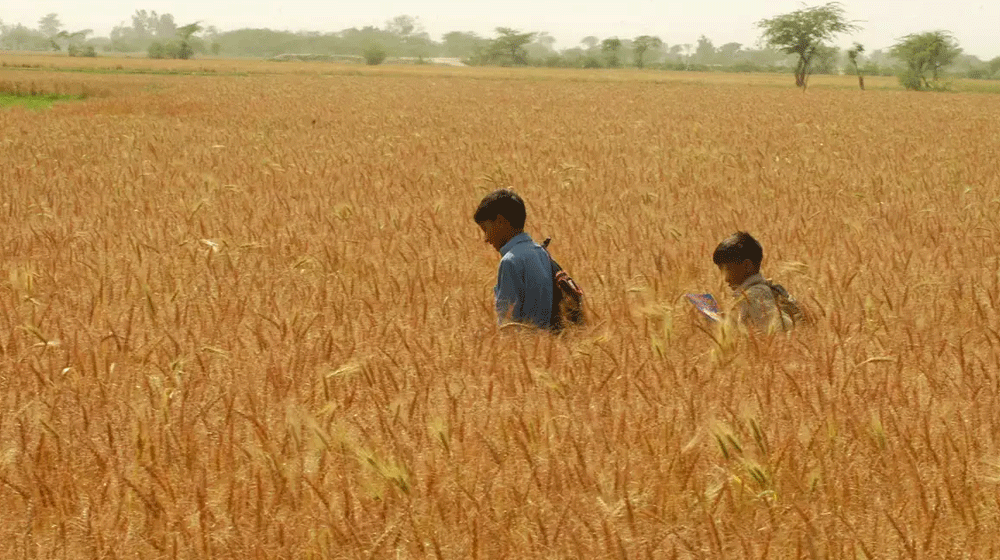 Pakistan has failed to meet its wheat production targets for the last three years owing to the climate change impacts, particularly exceptionally high temperatures in March and April, which devastated the country’s wheat harvest in the previous two years, as reported by the News.

In this regard, agricultural experts in the country have proposed shifting to rot, heat, and drought-tolerant wheat varieties, which will also tackle zinc deficiency in around 50 million people in the country.

Speaking in a workshop, a scientist affiliated with Pakistan Agriculture Research Council (PARC), Dr. Imtiaz Hussain, stated that Pakistan’s research organizations have developed the above-mentioned varieties of wheat that will also address the nutritional deficiencies in individuals.

He also underlined the importance of spreading awareness among farmers about such variants of wheat in order to dope with the climate change effects.

HarvestPlus and AGAHE, a civil society group, arranged the workshop, which was attended by a number of agriculture scientists, health professionals, specialists from UN agencies, civil society, and digital and print media officials.

According to Dr. Imtiaz Hussain, wheat accounts for more than 70 percent of the average Pakistani’s diet, and bio-fortified wheat is a very appropriate, cost-effective, and long-term solution for tackling zinc deficiency.