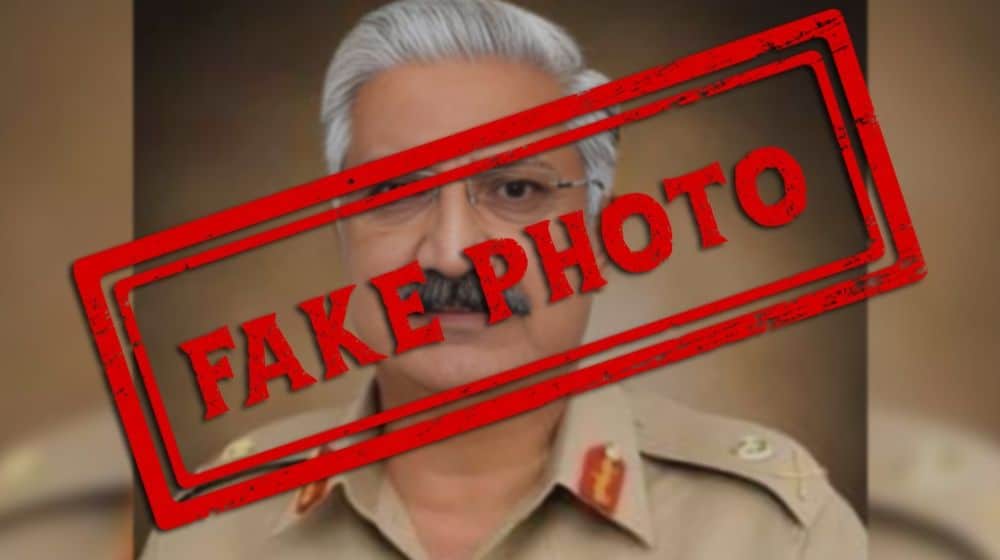 Resultantly, this false series of news, involving a photo of Lt Gen. Saeed, has spread confusion and misinformation among the citizens, as there is currently no official photo of the newly appointed DG ISPR available.

According to the details, Lt Gen. Muhammad Saeed, who was mistaken for Maj Gen. Ahmed Sharif, is a former DG Rangers Sindh. He also has the honor of being President of the National Defence University (NDU) in Islamabad.

As Maj Gen he was
DG Rangers, Sindh

He is from Sind Regiment

Similarly, another unverified photo of the new DG ISPR, Maj Gen. Ahmed Sharif, is making the rounds on social media. However, in light of the considerable spread of misinformation, it is difficult to determine whether or not it is the authentic photo of the recently appointed DG ISPR.

Hence, it is wiser to await the official statement of the military’s media wing and put a stop to the dissemination of misleading photos in the name of Maj Gen. Ahmed Sharif.