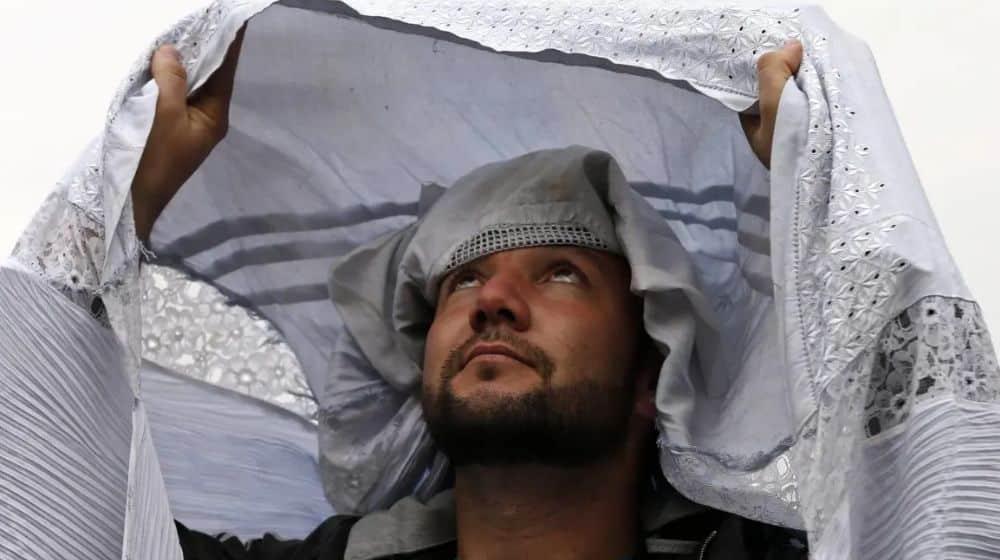 In an interesting incident, a boy regularly dressed up in a burqa in order to meet his girlfriend, who worked at a beauty salon in Gujranwala.

However, the girl’s neighbors captured the burqa-clad lover and brutally attacked him for secretly meeting the girl.

According to the details, the boy had been meeting the girl at a beauty parlor for a few days while hiding his identity in a burqa. Consequently, the neighbors grew suspicious of his regular visits and asked him to remove his veil.

As the boy removed his veil, the girl’s neighbors were shocked to see a manly face underneath, which further enraged them and they started beating the burqa-clad boy. Also, they threatened him with grave consequences if he ever returned to the neighborhood.

In a separate incident last month, a girl heroically faced robbers after snatching a gun from them during a robbery attempt in Gujranwala. Moreover, her brave act garnered a lot of appreciation on social media.

At the same time, the Cantonment Police Station arrested both of the culprits and registered an FIR against them.