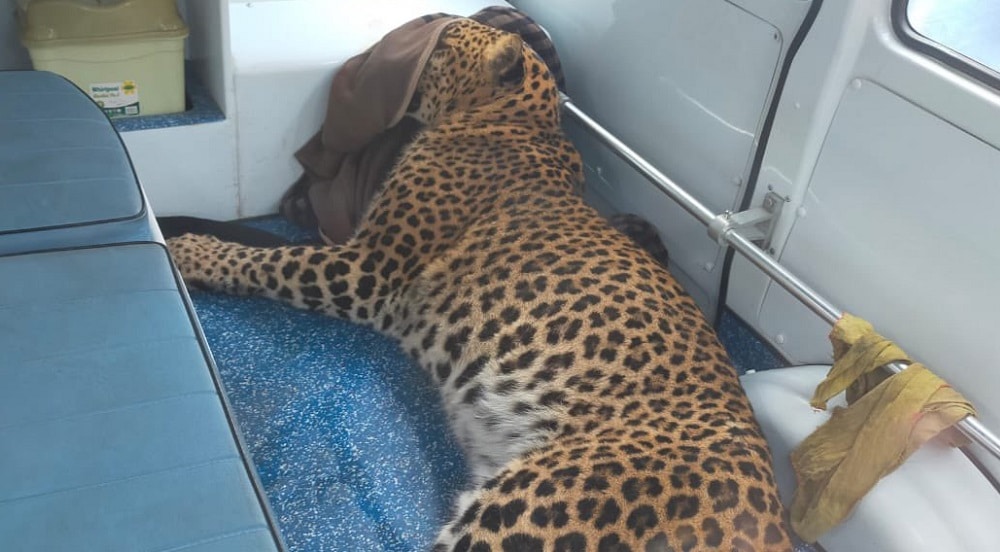 A young male leopard succumbed to injuries today after falling off a cliff while hunting in Malkandi National Park in Kaghan Valley.

It had fallen from a height of 200 feet while chasing grey gorals and had lost consciousness for a long time before it was shifted to the Dhodial Pheasantry by the Khyber Pakhtunkhwa (KP) Wildlife Department for medical examination.

Despite the department’s efforts, it did not survive, as per a tweet by the Chairperson of the Islamabad Wildlife Management Board, Rina Saeed Khan Satti.

She tweeted, “Sad to report this beautiful young male common leopard died from his injuries after falling from a cliff in Kaghan in KP despite best efforts by Wildlife KP govt to save him. Severe head injury. He was chasing gorals on cliffs and fell almost 200 ft. Nature can be cruel.“

Sad to report this beautiful young male common leopard died from his injuries after falling from cliff in Kaghan in KP despite best efforts by @WildlifeKPGovt to save him. Severe head injury. He was chasing Gorals on cliffs & fell almost 200 ft. Nature can be cruel @WildlifeBoard pic.twitter.com/m9vNx0dtU8

According to eyewitnesses, the four-year-old leopard had fallen on the road from the thick forests of Malkandi National Park. It had tried to run away but lost unconscious after some time. Motorists and passersby had gathered around it to take selfies with it before it was rescued by the local wildlife authorities. 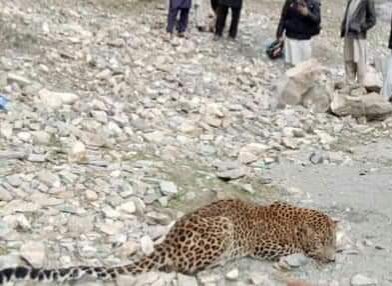 The Divisional Forest Officer of the KP Wildlife Department, Taimur Shah, said yesterday that the physical examination of the leopard had not revealed any bullet or poisonous signs on his body.

However, he mentioned that the leopard had a small wound on its head which had bled a little.

“I have informed my high-ups about the incident and all possible efforts are underway to save his life,” Shah added.

He also detailed, “We have started an investigation under the Wildlife biodiversity Act 2015 and if anybody is found involved in hunting or inflicting injuries to a leopard might be taken to justice under strict relevant laws”.

About the Common Leopard

The common leopard is often found in northern Pakistan and sometimes in some areas of Balochistan. It is one of Pakistan’s protected species, and it is illegal to hunt them under all provincial laws.

The World Wide Fund for Nature – Pakistan (WWFP) has listed the common leopards as the largest predators of their ecosystem and states that they also play an important role in maintaining it.