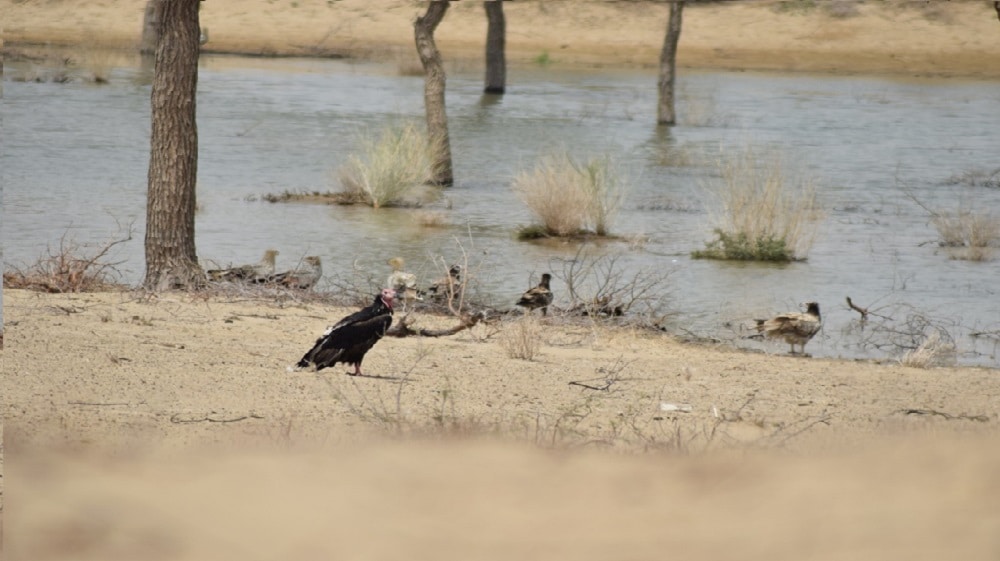 WWF-Pakistan issued a press release issued for World Wildlife Conservation Day on 4 December 2022, highlighting that “climate change is one of the key challenges confronting wildlife in Pakistan”.

“It damages the habitat, reduces food availability, causes migration, and is likely to lead to the disappearance of various wild species in the country. We need to assess the adverse impacts of climate change on threatened animals, including resident and migratory birds, marine and freshwater dolphins, snow and common leopards, smooth-coated otters, and pangolins, among others,” it read.

Recent climatic events such as floods and widespread rains, coupled with drought and wildfires, have damaged wildlife habitats and posed a serious threat to the wild species.

In addition to climate change, other factors which cause a decline in wildlife include illegal wildlife trade and hunting, human-wildlife conflict, unsustainable development, habitat loss and encroachment, and water pollution.

ALSO READ
WHO Predicts the End of Polio Virus in Pakistan

The theme of the day for this year is ‘Recovering Key Species for Ecosystem Restoration.’ This calls for taking practical steps to contribute towards nature conservation and restoration of wildlife in their natural habitat. All relevant government departments, conservation organizations, and local communities should come forward and show a strong commitment to the conservation and protection of threatened species. The robust planning, implementation, and on-ground conservation efforts can help restore wildlife.

Sharing his views on the day, WWF-Pakistan’s Senior Director of Biodiversity, Rab Nawaz, stated “Unfortunately, despite several initiatives to save biodiversity in Pakistan, we have lost several species in the recent past and are about to lose others. Not many people will realize that animals such as the gharial, despite being seen as recently as 1985, are probably lost now. This crocodile, harmless to man, was hunted to extinction due to its perceived threat to fish stocks”.

“The population in neighboring countries also faced similar threats but awareness campaigns and re-introduction schemes have seen the successful return of this strange-looking animal back into the water bodies,” he added.

Nawaz also called on the relevant government departments to take steps to conserve and improve the dwindling population of threatened species.

In spite of the challenges, there are a few conservation success stories in Pakistan’s context, where community-led and coordinated conservation efforts have helped to enhance the population of several endangered wildlife species and their habitats.

“As a result of the continued efforts of Sindh Wildlife Department, WWF-Pakistan, and local fisher communities, the population of the Indus River dolphin, an endemic and endangered species of river cetacean, has almost doubled in the past two decades. Markhor populations have also rebounded from the 1980s and though they are restricted to national parks and community-managed reserves, they are nonetheless viable populations, and all the sub-species are doing well,” Nawaz pointed out.

ALSO READ
Can HIV-Infected People Marry and Have Children?

Pakistan is home to rare, unique, and iconic wildlife species such as the snow leopard, the markhor, the brown bear, the Indus River dolphin, freshwater turtles, and many others. WWF-Pakistan, in collaboration, with relevant government departments, corporations, academia, local organizations, and communities is working on different conservation initiatives and raising awareness about the country’s wildlife and biodiversity.