The Pakistani Rupee (PKR) was all red against the US Dollar (USD) and posted losses during intraday trade today. 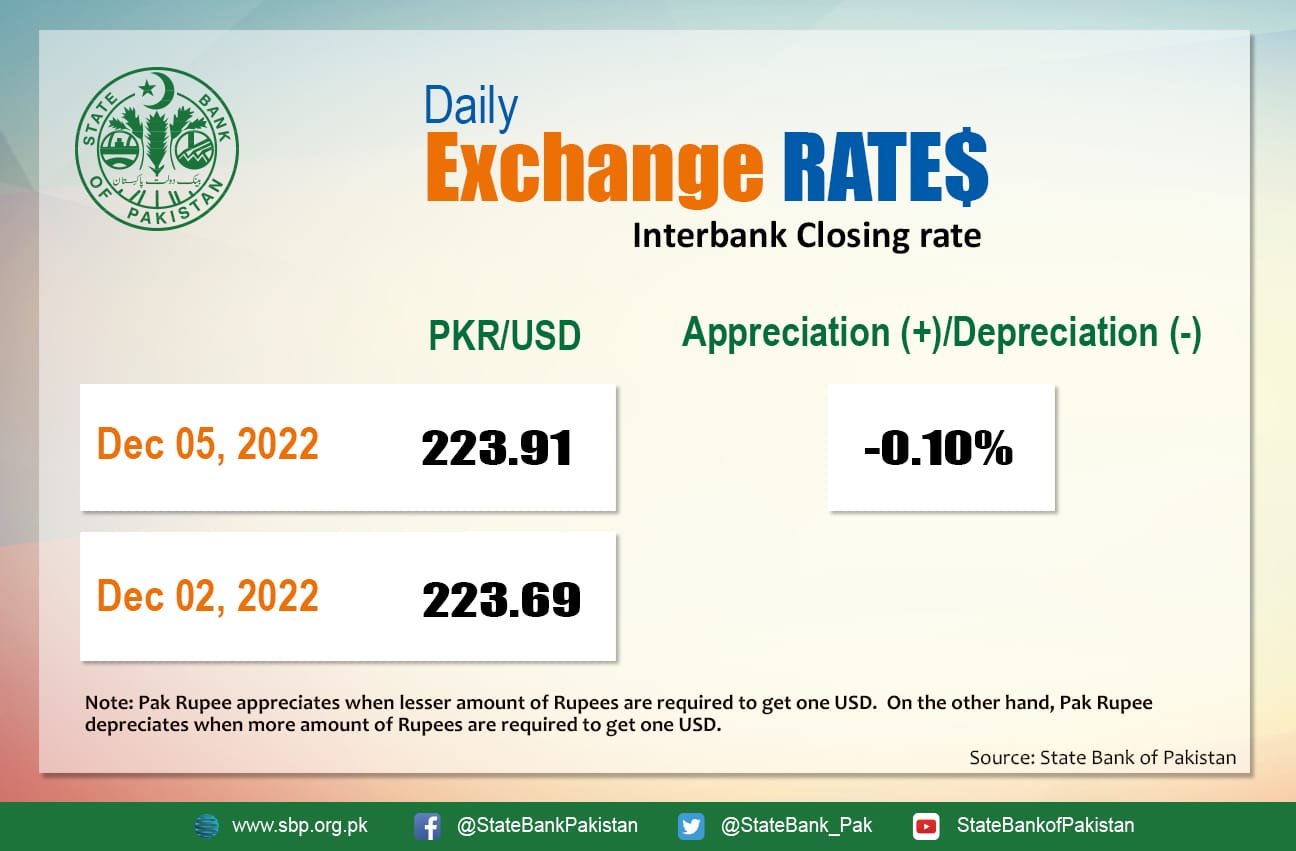 The rupee reported losses against the US Dollar today after fears of default eroded earlier gains. Money changers view today’s drop as a warning signal for the government which has already failed to ensure excess loan debt financing coverage after paying off a substantial $1 billion Sukuk on Friday.

At the same time, many analysts believe that higher rates offered in illegal markets are encouraging remittances to be sent via informal channels, which isn’t helping the country’s forex reserves offering an already depleted cover of barely a month.

Globally, oil prices rose on Monday as OPEC+ nations maintained their output targets ahead of a European Union ban and a G7 price cap on Russian crude. At the same time, more Chinese cities relaxed COVID-19 curbs over the weekend, a positive sign for fuel demand in the world’s top oil importer.

While prices went up as much as 2 percent earlier in the day, both the Brent and WTI contracts have since pared some of their gains. The market is still awaiting policy on Europe’s cap on Russian crude at $60 per barrel. 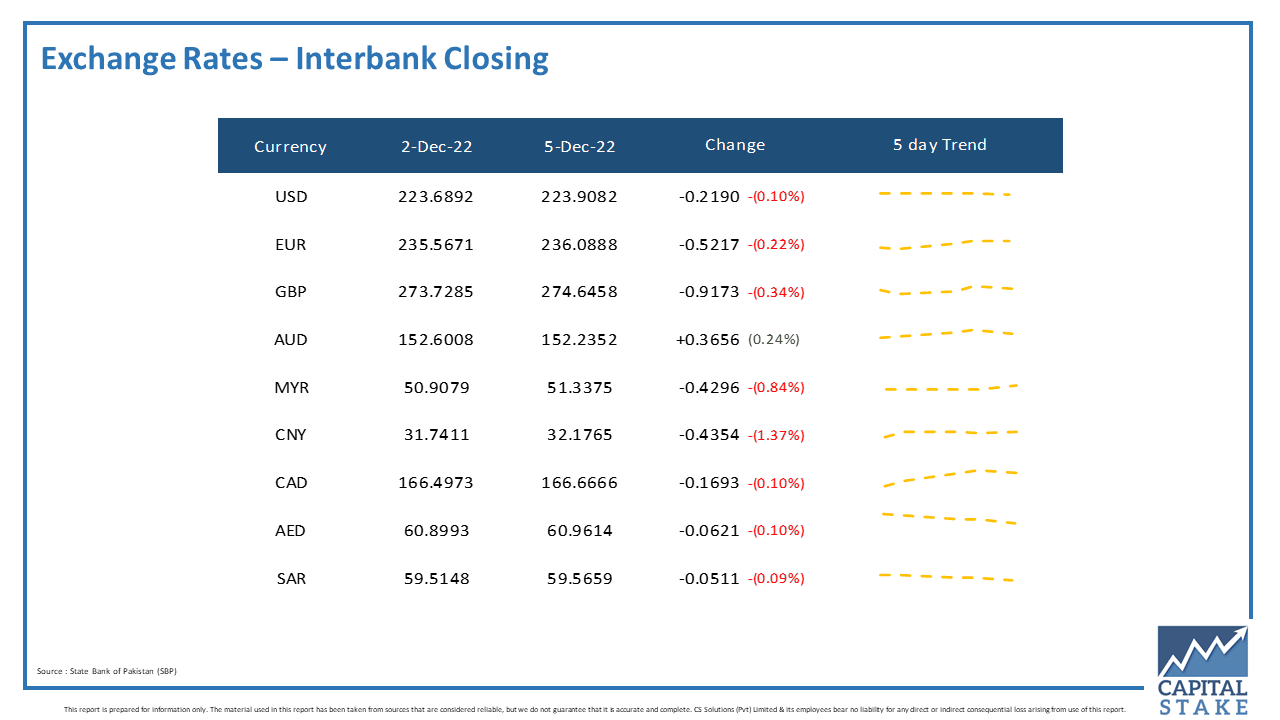