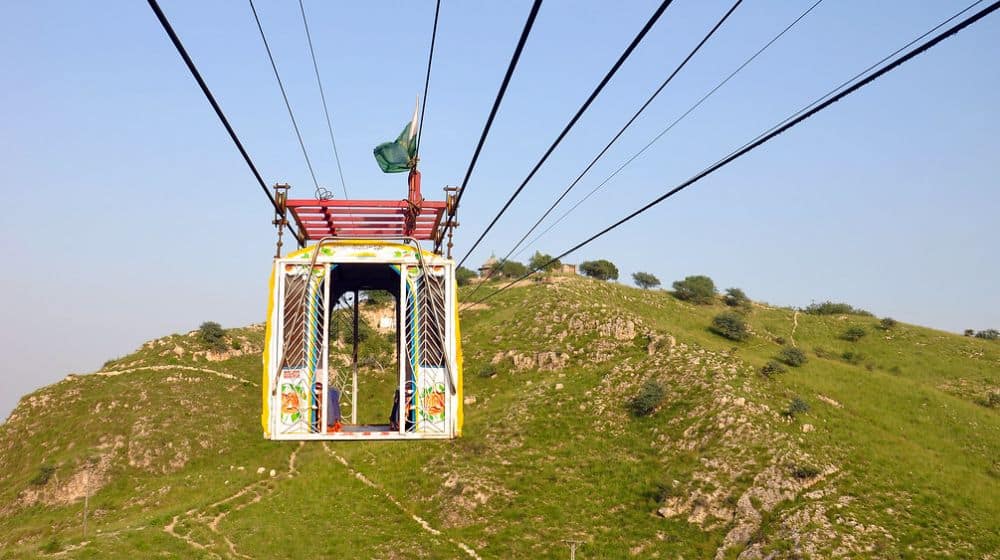 Approximately 12 schoolchildren were trapped in a cable car after its pulling wire broke loose midway over the Harnoi River in Abbottabad’s Dhamtore village, as reported by Express News.

According to the details, the incident occurred as children were on their way to school early in the morning. They were suspended mid-air at a height of 180 feet for nearly one hour.

Subsequently, Rescue 1122 teams saved the terrified students and returned them to their parents, who were extremely concerned for their children’s safety and lives.

It is pertinent to mention here that approximately 12 cable cars are installed in the area, which are regularly used by locals for their daily activities.

The unfortunate incident exposes poor maintenance of the cable car, which endangers the lives of not only schoolchildren but also other citizens. It is also unclear when was the last time these cable cars were properly checked, given that they are frequently used by people and must have suffered damage in some sections.

That is why it is critical that the government of Khyber Pakhtunkhwa (KP) inspect all cable cars in order to avoid any unpleasant incidents in the future.