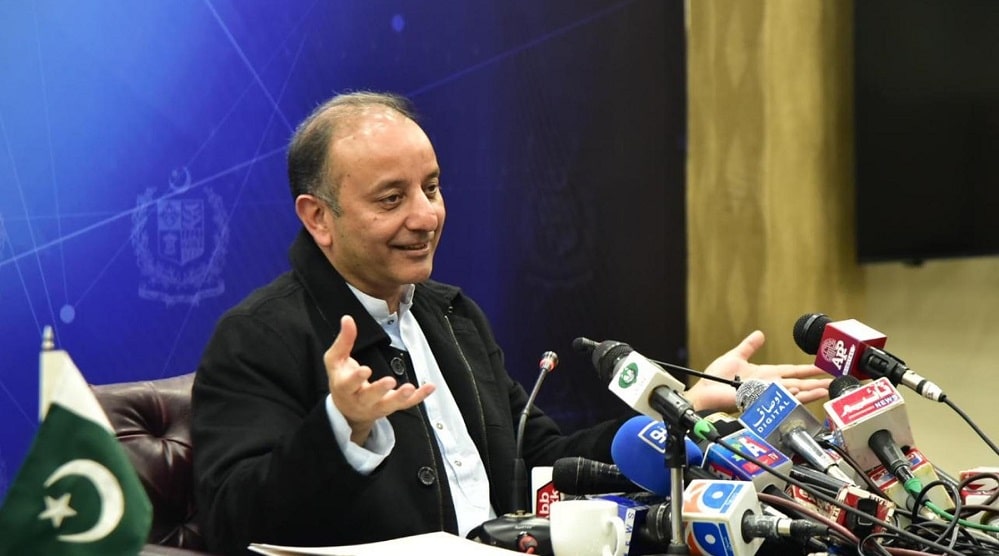 Minister of State for Petroleum Musadik Malik Tuesday said that the US will not impose sanctions on Pakistan over the proposed deal of buying oil from Russia.

Brushing aside claims of former prime minister Imran Khan about his government’s talks with Russia regarding the import of oil, Malik took credit for the proposed deal and said that the record of official meetings with Russian officials can prove his claim.

ALSO READ
Russia Will Sell Petrol and Diesel to Pakistan at a Discount: Minister

Earlier, Malik said that the government is committed to completing the CASA-1000 and other clean energy projects as this would help save the future of the next generation.

He was speaking at a panel discussion titled: Energy Corridors: CASA 1000, on the second day of the 25th Sustainable Development Conference (SDC) organized by the Sustainable Development Policy Institute (SDPI), and jointly held alongside UNESCAP’s 6th South and Southwest Asia High-level Political Forum and Policy Dialogue on SDGs.

He said the government has plans to add 10,000 MW of solar energy in the national grid which would help achieve the target of 30 percent renewable energy share by 2030. He said if Pakistan’s annual GDP grows by 5-6 percent, its annual energy demand would increase by 10-12 percent.

He expressed disappointment over the lukewarm response of the International Financial Institutions (IFIs) and development partners over the developing countries’ call of financing mega clean energy projects.

He regretted that projects like CASA-1000 and TAPI are facing delays because these projects pass through countries that are not financeable.