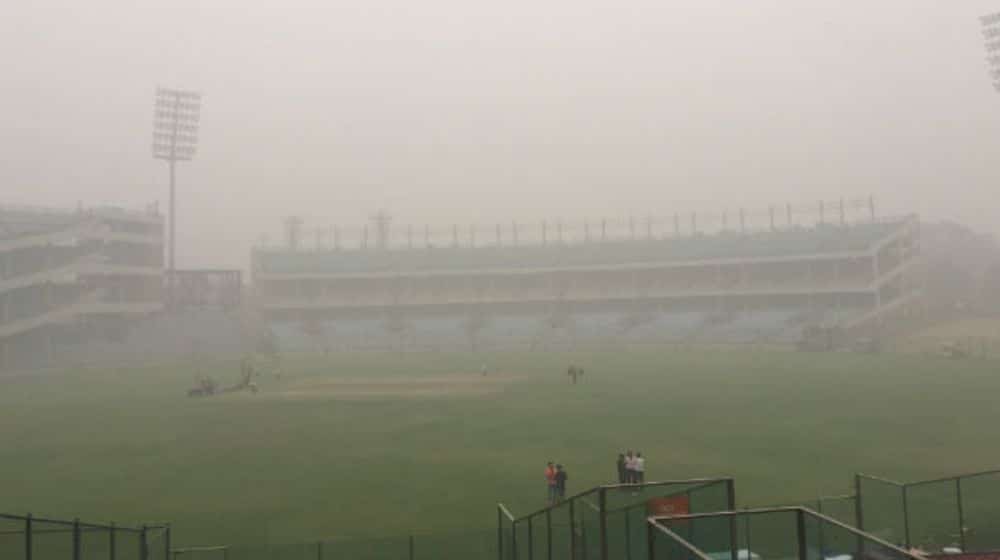 The second of the three Test matches between Pakistan and England at Multan Cricket Stadium may be impacted as parts of Punjab, including the city of Multan are under the grip of dense fog.

After the visiting side took a 1-0 lead in the historic series, both teams are now in Multan for the next clash, which is scheduled to start on Friday, December 9.

As per some media reports, a typical day’s play during the match could be even shorter than in Rawalpindi, where an early sunset allowed for an average of only 78 overs, 12 overs short of the daily allocation.

According to the Pakistan Meteorological Department (PMD), current weather conditions in the city will persist for the next few days, with thick fog paralyzing routine life, including the first and last sessions of the match.

It is pertinent to mention here that the teams’ charter flight from Islamabad was also delayed by three and a half hours due to dense fog in Multan, and also impacted today’s training session.

The dense fog has also hampered traffic flow in several cities, forcing motorways, including the M2, to remain closed in the early morning and evening for all types of traffic.