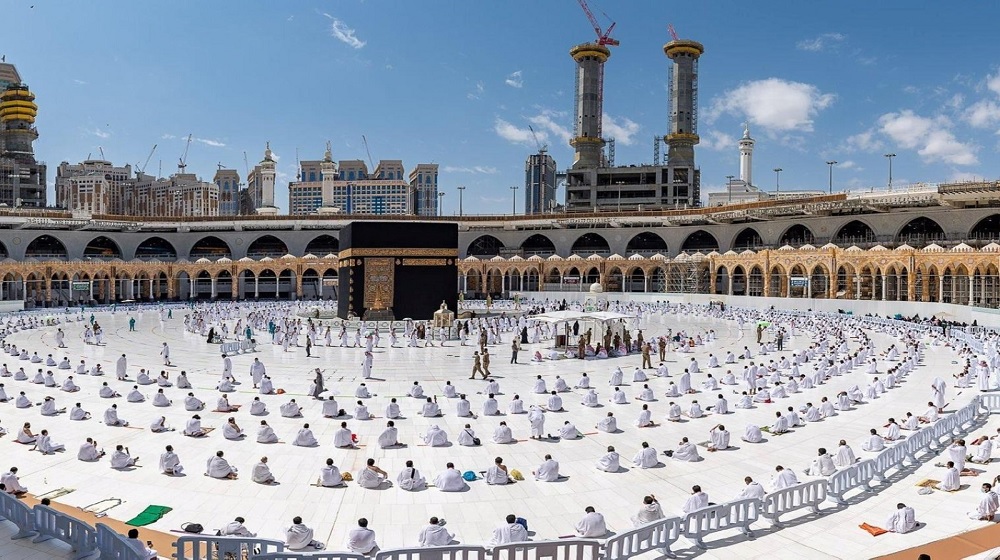 Saudi Arabia will increase Pakistan’s Hajj pilgrimage quota to nearly 180,000 next year, as the kingdom seeks to restore the number of Hajjis from countries around the globe to pre-pandemic levels. This was confirmed Wednesday by a top official in Pakistan’s religion ministry.

The spiritual pilgrimage of Hajj is one of the most important pillars of Islam. Every adult Muslim must perform Hajj once in their lifetime if they possess the necessary means for it. This includes visiting the holy sites of Makkah and Madinah.

Hajj was limited to 1,000 people in 2020 at the peak of the coronavirus epidemic. The kingdom restricted pilgrimage to 60,000 domestic participants last year, as opposed to 2.5 million pre-pandemic.

Durrani stated that after the revival of the pre-coronavirus Hajj quota, more than 179,210 Pakistanis will be able to undertake the pilgrimage next year. Durrani also said that Pakistan has yet to receive written confirmation from Saudi authorities.

He said that the written agreement would be signed with Saudi Arabia during the Hajj conference, which will take place next month in Jeddah on January 9.

He said that either he or Pakistan’s religious affairs minister would represent Pakistan at this conference. All details regarding Hajj would be finalized with the kingdom officials. During the visit, they will also try to lower the Hajj costs for the pilgrims.