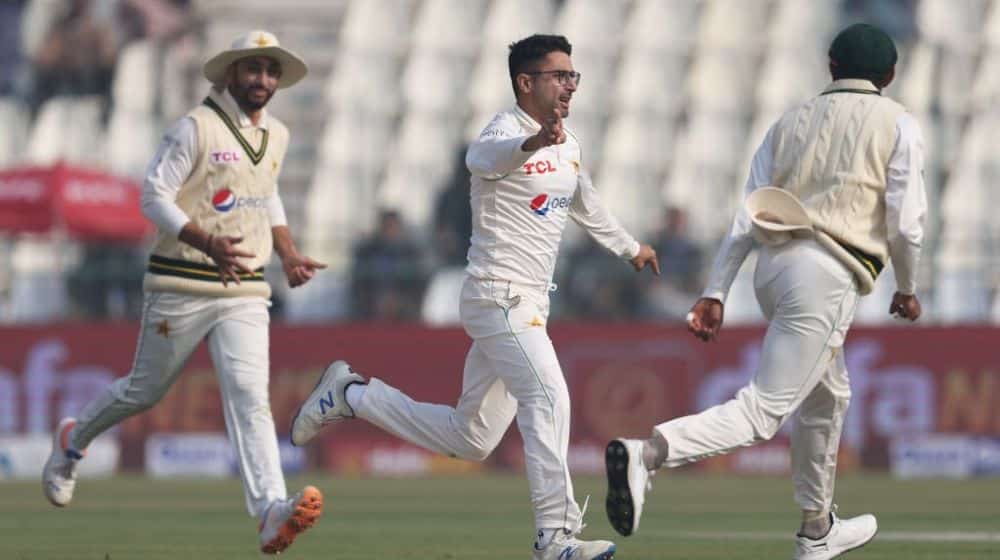 Abrar was magnificent as he picked up all five wickets to put Pakistan in command on the first day of the Test match. Abrar is the first Pakistani bowler to pick up a five-wicket haul in the first session of a Test on debut.

He also became the first Pakistani debutant to pick up five wickets on the first day of a Test match since Wahab Riaz picked up a 5-fer against England at the Oval in 2010.

Abrar has the potential to create history by registering the best bowling figures in an innings by a Pakistani bowler on debut. Currently, the record is held by the former pacer, Mohammad Zahid, who picked up 7 wickets for 66 runs against New Zealand in 1996. Overall, Albert Trott holds the record for the best bowling figures on debut with 8 wickets for 43 runs in 1895.

The 24-year-old continued his red-hot form from the Quaid-e-Azam Trophy, where he finished as the highest wicket-taker, as he demolished a strong England batting unit. Abrar got rid of Zak Crawley early on before picking up the wickets of Ben Duckett, Joe Root, Ollie Pope, and Harry Brook.

England finished the first session on 180 runs for the loss of five wickets.