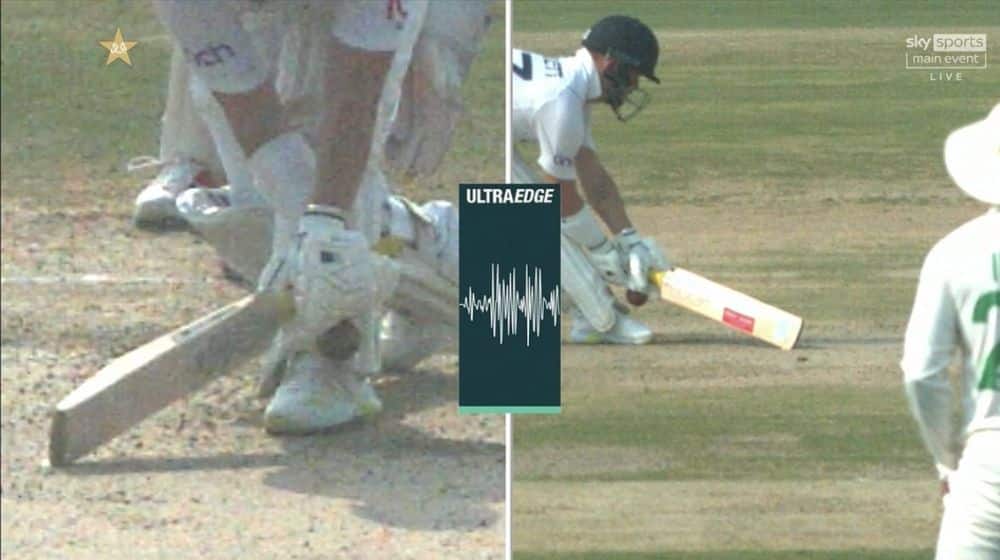 The Pakistan Cricket Board (PCB) once again came under criticism after Abrar Ahmed took the wicket of opening batter, Ben Duckett, but the decision was reversed due to lack of different angles and proper use of technology.

The mystery spinner caught the left-hander in front of the stumps on the first delivery of the 19th over and was given out LBW by the field umpire, but the decision was challenged and sent to the third umpire.

Due to the lack of multiple angles, it was impossible to determine whether the ball struck the glove or the bat hit the ground first, even though the Decision Review System detected sound.

Joel Wilson asked Aleem Dar to change his decision despite the lack of conclusive evidence, however, Aleem himself was not convinced and reluctantly changed his decision after asking the third umpire to check different angles again.

It is pertinent to mention here on the opening day of the first Test match at Rawalpindi Cricket Stadium, Pakistan lost certain chances of getting wickets due to the lack of the DRS technology.

Talking about the match, England got off to a fast start after winning the toss, but they lost five wickets with 170 runs on the board after a debutant spinner struck early in the game.