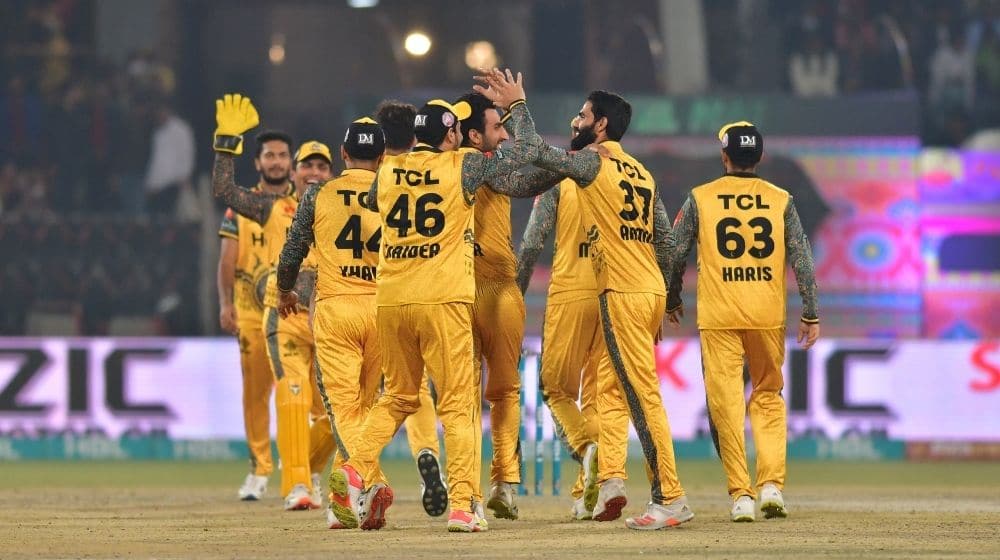 Arguably Pakistan Super League’s (PSL) most famous franchise, Peshawar Zalmi has been one of the most successful sides in the competition’s history. Peshawar has finished as the runner-up on a record three occasions while they also won the trophy back in PSL 2017.

Recently, Peshawar Zalmi have not been the same force that it used to be. Their performances in PSL 7 were below par which showcased the big loopholes in the balance of the side. With a less-than-stellar pace attack and an inconsistent batting line-up, Peshawar suffered to perform at their usual best and finished in the fourth spot after being defeated by Islamabad United in the 1st eliminator.

They have brought in some major reinforcements this time around with Pakistan’s all-format captain and star batter, Babar Azam coming into the side after a successful trade with Karachi Kings, which saw Shoaib Malik and Haider Ali go the other way. Babar’s exploits at the top of the order will provide the stability to a rejuvenated Zalmi line-up.

Zalmi will be poised to qualify for the playoffs once again and go on to lift the PSL 8 title.

Peshawar will be led by Pakistan’s all-format captain, Babar Azam, in PSL 8 with the likes of Wahab Riaz, Sherfane Rutherford, Tom Kohler-Cadmore, and Rovman Powell providing solidity to a young squad. The inclusion of Bhanuka Rajapaksa, Mujeeb-ur-Rahman, and Jimmy Neesham has added extra quality to a new-look squad.

Zalmi are the only side that has not picked a full squad of 18 players. They will announce their last supplementary player in due course.

Here is their 17-man squad:

Zalmi are one of the most successful sides in PSL history, winning the title once in the second edition and qualifying for three more finals in PSL 3, 4, and 6. Last year, Peshawar finished in the fourth spot as they lost their 1st eliminator clash against Islamabad United. They were unable to put in consistent performances throughout the tournament which saw them finish at the fourth spot in the PSL points table. 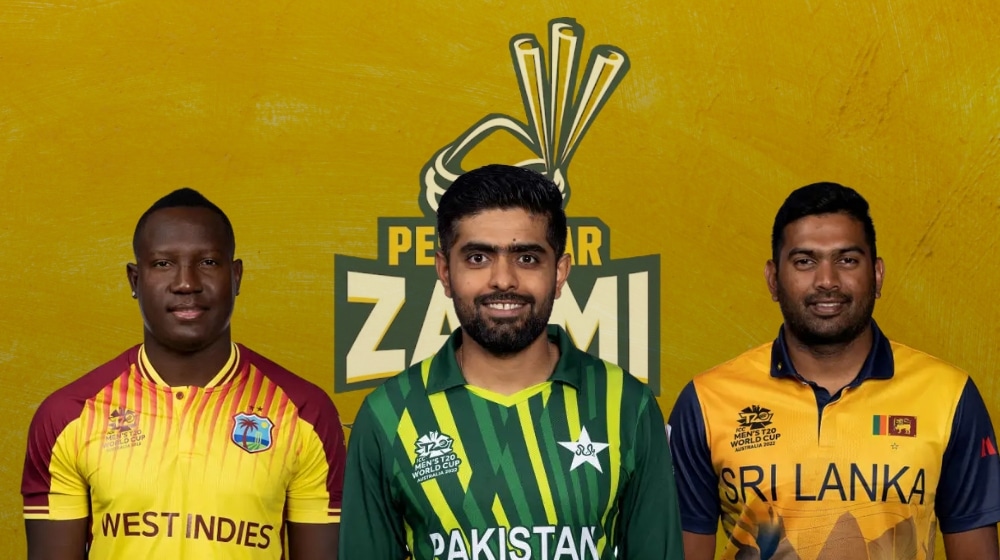 Unlike their previous squads, Peshawar’s strength this time around lies in their batting department. The induction of Babar Aam at the top of the order will be a game-changer for Zalmi as Babar will be the glue in holding this exciting batting unit together.

The likes of Rovman Powell, Bhanuka Rajapaksa, Tom Kohler-Cadmore, and Sherfane Rutherford will be the designated hitters as Babar will be tasked to provide them with solid starts. Babar’s opening partner is likely to be Pakistan’s latest batting sensation, Mohammad Haris, who has the ability to take the game away from the opposition within the powerplay.

Babar is the highest run-scorer in PSL history and is arguably the greatest all-format batter in world cricket today. The star batter has scored 2.413 runs at an average of 42.33 in the 66 innings he has played in PSL history. 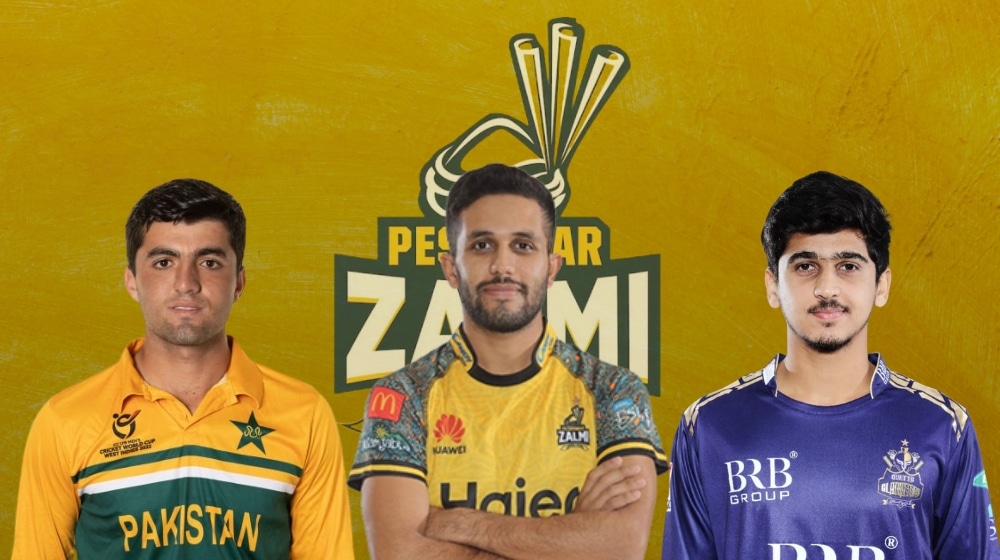 Peshawar Zalmi have a fresh look to their squad with the induction of exciting young talent from Pakistan. Wicket-keeper batter, Mohammad Haris took the league by storm in the previous season and they have added to their ranks with the selection of Haseebullah and Saim Ayub, two of the most revered young batting talents in the country.

They have also acquired the services of all-rounder Aamer Jamal, who has been one of the most exciting young all-rounders in T20 cricket in Pakistan.

Zalmi arguably have the strongest contingent of young cricketers in the country and they have invested in the team with one eye for the future. The talent in the ranks has the ability to serve Zalmi for a long time.

Here is the overall record of Peshawar’s young talent: 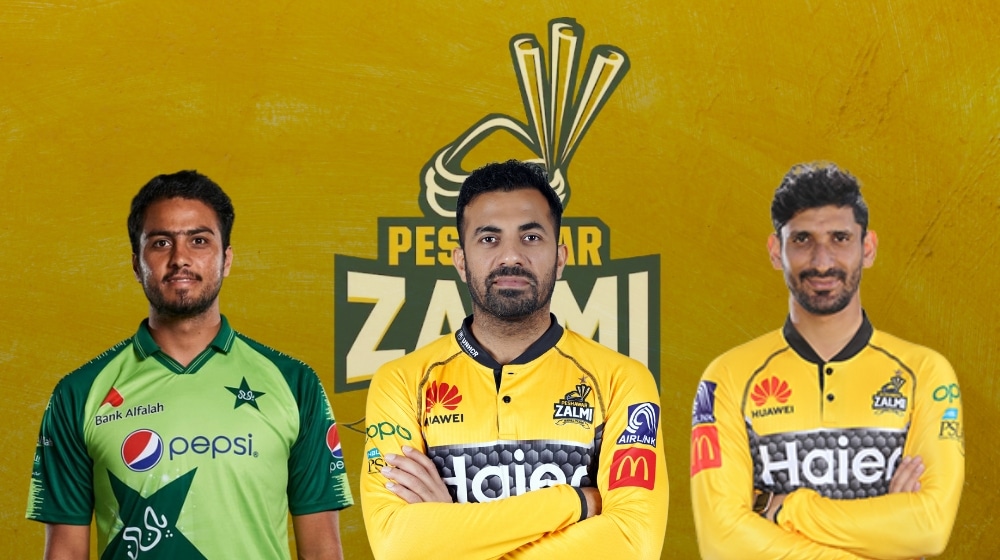 Despite possessing the PSL’s highest wicket-taker in their ranks, Peshawar’s fast-bowling options look extremely light. They only have four speedsters in their entire squad while the medium-pace of Jimmy Neesham will be their fifth-pace bowling option. Having only four pacers might come to harm them as they don’t have enough backup options in case a player is suffering through a bad patch or gets injured.

Most of the responsibility will lie on Wahab’s shoulders, and he too has been struggling for form over the past years. Salman Irshad, Arshad Iqbal, and Aamer Jamal do not make a fearsome bowling unit that we have been accustomed to over the years. Their pace bowling attack certainly is a major weak point in their squad. 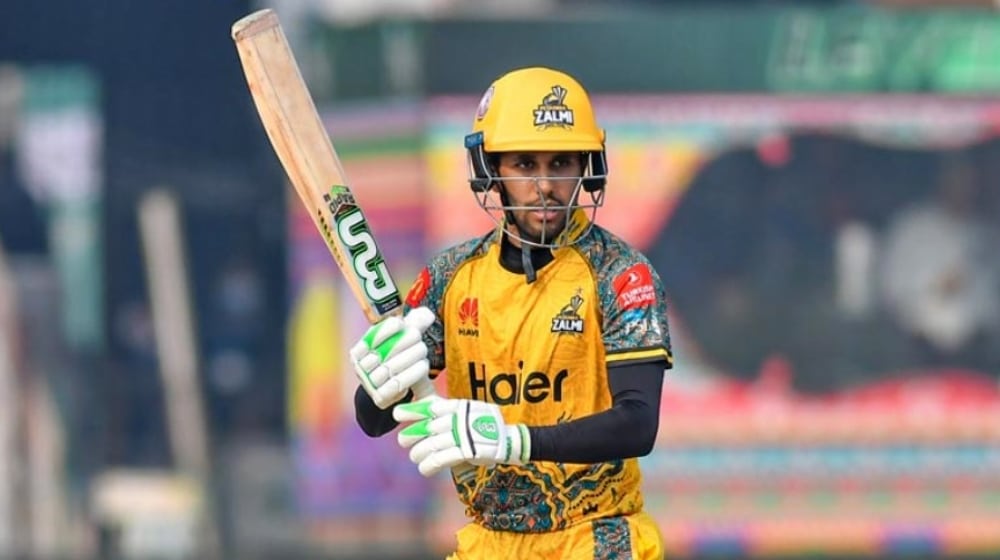 Pakistan’s latest sensation, Mohammad Haris has witnessed a steep rise to prominence ever since his induction to Zalmi’s squad last year. Haris’ explosive batting style at the top of the order made him an instant fan favorite and his fearless cricket saw him represent Pakistan at the 2022 T20 World Cup, where he impressed by helping the Men in Green qualify for the final of the tournament.

Haris will be crucial for Zalmi in PSL 8 as they will be relying on him to provide the with an explosive start at the top of the order. In the five matches he played in the PSL last year, Haris scored 166 runs at an average of 33.20 and a strike rate of 186.51. He also struck one half-century and smashed nine sixes.

Zalmi will be hoping that Haris can continue his red-hot form and help them win their second PSL title.