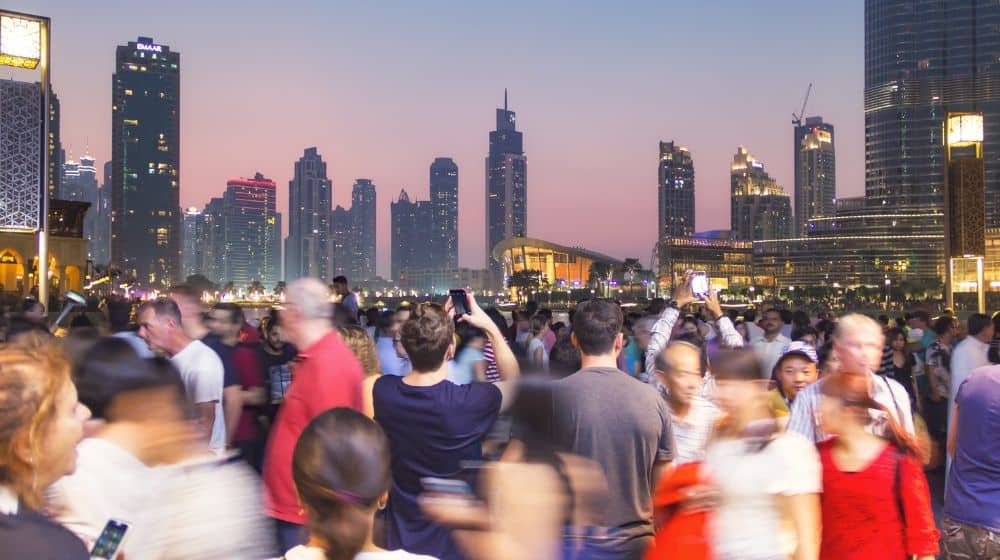 World Travel and Tourism Council (WTTC), a forum for the travel and tourism industry, has projected that Dubai’s tourist spending will grow by AED 50 billion by 2032, taking its total spending to AED 158 billion ($43 billion), a 46% rise from current numbers, AED 108 billion ($29.4 billion).

This large increase in spending can be attributed to the UAE government’s initiatives to attract more tourists and investments to end the country’s reliance on oil.

Dubai stood at the top in terms of tourist spending in 2022. However, by 2032, Hong Kong and Macau are expected to overtake Dubai, with their tourist spending of $52 billion and $43.1, respectively.

Dubai’s Department of Economy and Tourism (DET), an authority for economic growth and tourism, stated that Dubai received 12.82 million overnight tourists from January-November 2022, with 1.6 million from India.

WTTC blamed the coronavirus for a dip in tourism in major cities across the world and remarked that people, during that time, preferred to visit less-populated areas. However, the numbers are now returning to pre-pandemic levels, it noted.

Here is the complete list of the top 10 cities with the highest projected tourist spending in 2032: