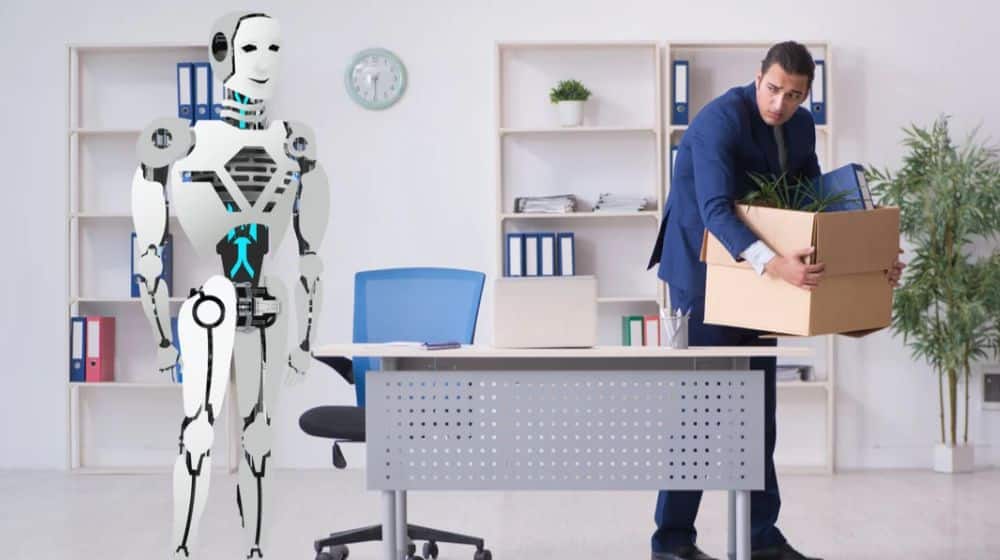 According to a recent survey, over half of the UAE workers are worried that they will lose their jobs to robots or AI in the next 10 years. Younger individuals are particularly concerned about how technology will affect their career prospects.

The study was conducted by communications firm duke+mir and YouGov. 1,000 people participated in it. The study found that 55% of respondents were worried their roles would be replaced by AI or robots by 2033.

24% of those surveyed were uncertain while 21% were not worried about technology replacing their roles. 60% of survey participants expressed concern over their roles being replaced by AI and robots in comparison to 45% of Western expatriates sharing the same concern.

The survey revealed that 66% of individuals under 25 were worried about AI and robots taking their jobs in the next decade, compared to 57% of those between the ages of 25 and 44, and only 43% of those aged 45 and older sharing the same concern.

Note that the government of UAE is investing in ambitious plans to establish the country as a global AI hub, including education and training for the growth of cutting-edge technology.

About the study, Jonathan Ivan-Duke, co-founder and partner at duke+mir, said that given the UAE government’s emphasis on protecting and providing jobs for Emiratis in the present and future, it is surprising that the youth and Emiratis are most worried about the impact of future technological advancements on their employment prospects.

Despite the UAE being known as a forward-thinking nation in terms of innovation, citizens and residents are cautious about new technologies replacing their jobs, added Ivan-Duke.