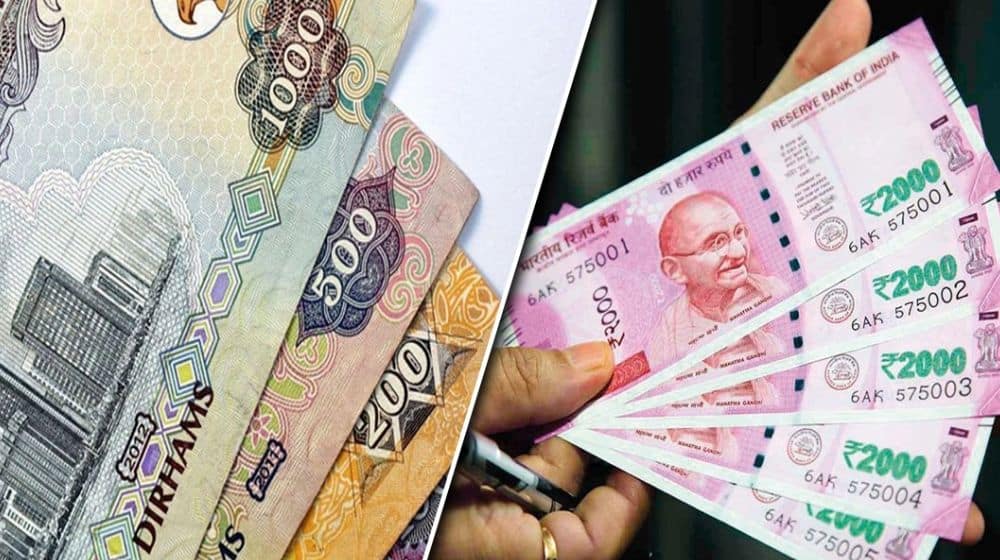 UAE’s Minister of State for Foreign Trade, Thani Al Zeyoudi, has announced that early-stage dialogue is currently underway with India to kick off dirham-rupee non-oil trade.

He made this announcement during an interview with Bloomberg following the World Economic Forum’s meeting on “Cooperation in a Fragmented World,” held from 16 to 20 January 2023.

Despite the fact that the UAE is exploring non-oil trading in dirham-rupee, Minister Thani has dismissed claims of oil trade in Indian rupees, claiming that the idea isn’t even being considered.

Surprisingly, Minister Thani’s announcement aligns with Saudi Arabia. Previously, Saudi Finance Minister, Mohammed Al Jadaan, also stated that the Kingdom is considering adopting other currencies for trade instead of the US dollar.

The Emirates is constantly working on boosting its trade. Last year, it signed various economic agreements with India, Indonesia, Turkey, Israel, Ukraine, and others. In addition, it is expected to sign similar deals with Georgia and Cambodia, according to Minister Thani.

As per Bloomberg’s statistics, India remained UAE’s 2nd biggest trade partner in 2021, with a trade of roughly $64 billion.

Besides, Minister Thani also suggested that the UAE may begin using cryptocurrency for its trade in the near future.