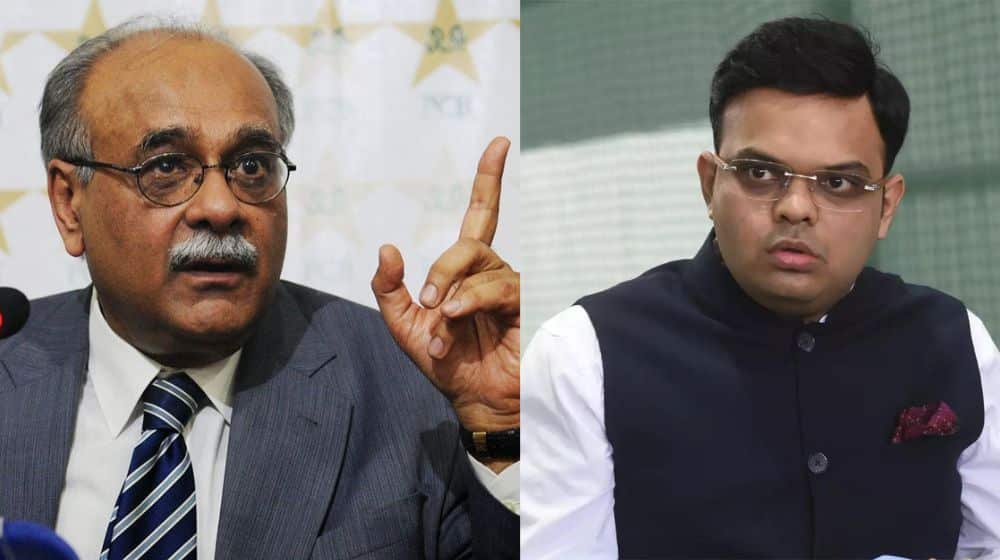 The Pakistan Cricket Board (PCB) Chairman, Najam Sethi, has expressed displeasure over the attitude of the Board of Control for Cricket in India (BCCI) towards the cricketing relationship with the neighbors.

While speaking to the media, Sethi once again lashed out at the cricket authority in India, saying BCCI wants the Pakistan team to play in India but does not allow its team to visit Pakistan.

The PCB Chairman stated that he will attend the ACC meeting on February 4 in Bahrain, where all board members, including Sri Lanka and Bangladesh, will be participating.

Responding to a question regarding Pakistan’s stance, Najam Sethi clarified that they will keep the situation in view before taking any step regarding the Pakistan-India relationship.

The cricketing relations between the neighboring countries have worsened over the upcoming Asia Cup 2023, which is scheduled to take place in Pakistan in the second half of the year.

Last month, an irresponsible statement from the BCCI Secretary, Jay Shah, regarding the event prompted PCB management to take stern decisions for the future of its cricket.

The then PCB Chairman, Ramiz Raja, responded in a rather aggressive mood and warned BCCI of Pakistan’s boycott of the ODI World Cup, scheduled in India after the Asia Cup.