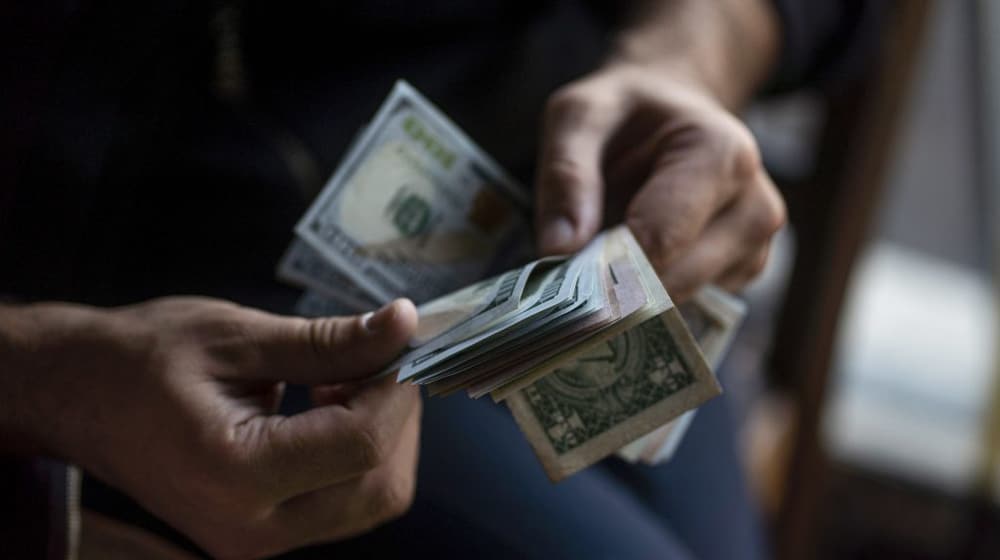 The Pakistani rupee maintained its downward slump against the US Dollar with open market rates as high as 252.5 after exchange companies on Tuesday removed the cap on the open market price of the greenback.

Our channel checks have confirmed that exchange companies have received instructions to bring USD/PKR down to 243 in the open, but the rate is again expected to move closer to 252 as interbank trade approaches close later today.

After meeting with the State Bank of Pakistan (SBP), exchanges are buying dollars at 243 and are not selling at all. The exchange companies have brought the rate downwards to 243 after it opened at 252. They were buying the greenback at 252, in retaliation due to the recent suspension of a number of exchange outlets by SBP.

The central bank’s forex reserves, which have shrunk to $4.6 billion, have weighed heavily on the exchange rate. As observed in the past several weeks alone, the rupee has been falling despite the SBP making moves to “manage” it.

But due to a lack of dollars, the spread between interbank and open market rates has widened significantly, harming the economy and diverting remittances from the legal banking channel to the grey market. The gap between the interbank rate and the open market rate has been higher than usual in recent months, while dollars are also being exchanged in the black market at an even higher rate.

Currently, exchange buying is going ahead but selling has been restricted, mostly closed at most currency counters since the announcement of the removal of the rate cap on dollar trade. While unconfirmed, analysts also suggest the cap removal and today’s thin open market movement are most likely traders’ retaliation toward the central bank’s suspension of 11 outlets of different exchange companies due to violations of regulatory instructions.

All 11 outlets have been restricted from undertaking any kind of business activity during the suspension period.