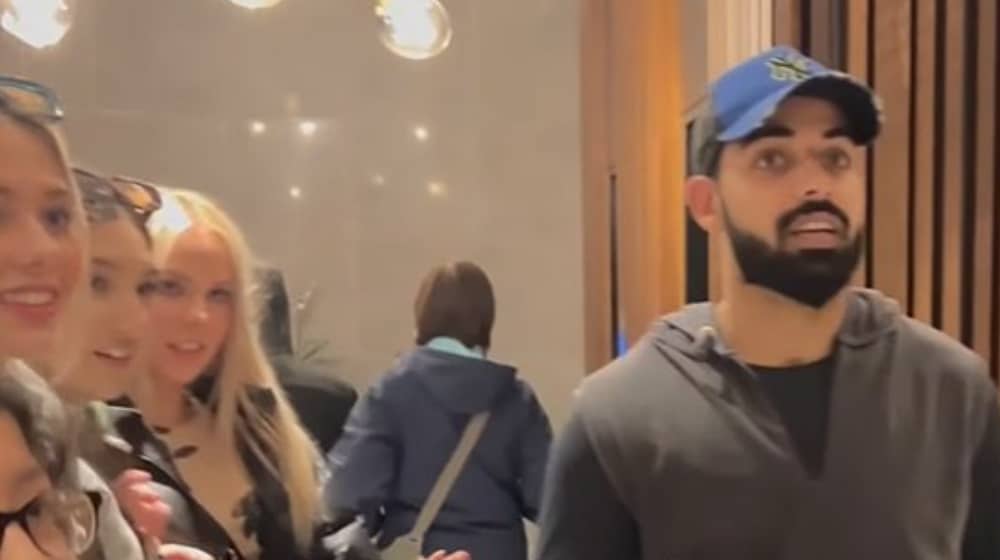 Pakistan’s star all-rounder Shadab Khan tied the knot with former cricketer Saqlain Mushtaq’s daughter in a private ceremony. While many congratulated him on starting a new chapter of his life, some of his fangirls were taken aback by the news.

As the star player possesses a wide fanbase, the news of his marriage has broken many hearts. Here are a few reactions from Shadab’s fangirls upon the announcement of his Nikkah.

The news seemed to hit hard on the hearts of the fangirls who expressed shock and disbelief, while many hoped it to be a ‘prank’.

fell to the floor https://t.co/aJYBl07eUJ

I believe this is a prank, I'm still in denial don't wake me up. https://t.co/TMdOO6y4uD

Since shadab started using twitter a lot lately, so the first time when I read it I thought ye b koi joke maarha hai, was waiting for the punch line at the end but little did i know:) https://t.co/cDzJdjKXnj

IT'S MIDNIGHT AND MY WHOLE EXISTENCE IS SCREAMING 😭😭😭 https://t.co/itI7AuFwFp

fell to my knees in an al fatah parking lot https://t.co/4PDwhMmDju

Some fans even mentioned the viral fangirl from New Zealand who had recently proposed Shadab Khan.

NO NO THIS IS SO UNFAIR

A fangirl seemed to be in denial of the fact that Shadab Khan has married Saqlain Mushtaq’s daughter as she retweeted his tweet claiming to be his wife.

Yes it is true, we got married today. Alhamdulillah and thank you for the kind wishes. We would like to keep our private life private and we hope you will understand and continue to support us. Love and prayers https://t.co/Ryg8E43I85

this is not real shadab was supposed to marry me wtf is this https://t.co/56m9BoUufc

After denial, there was anger.

Some even blamed Shadab’s Nikkah for causing a major power cut in the country, as they expressed their displeasure over the news.

And finally, it saw a sad and heartbroken acceptance.

Congratulations shaddy 😭
I respect your decision