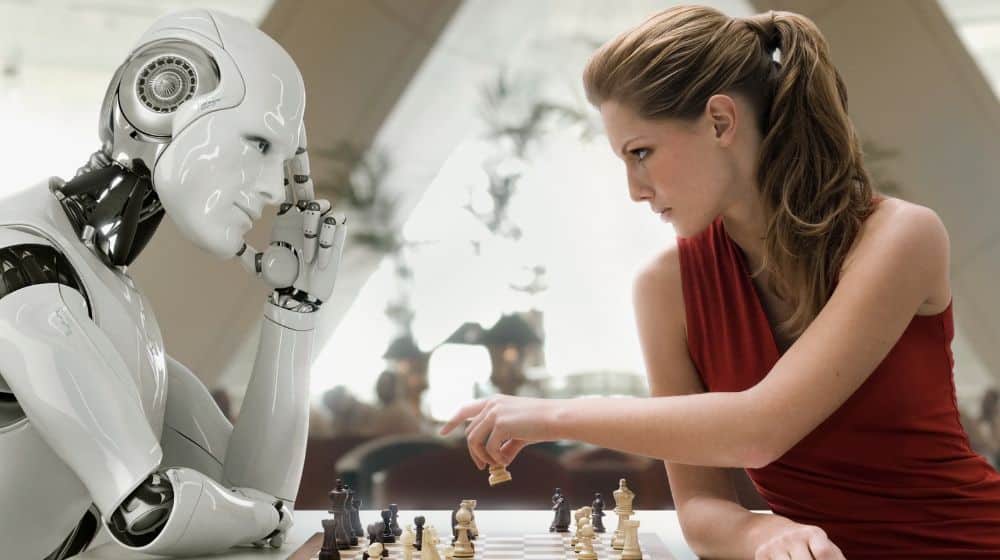 Singularity is a term used to describe a point in the future where technological progress, specifically in the field of artificial intelligence, will have advanced to the point that it is able to improve itself at an exponential rate.

This self-improvement would lead to a rapid and radical change in human civilization, and the capabilities of the machines would far surpass that of any human.

Some experts believe that this point could be reached within the next few decades, while others think it may still be centuries away. The concept of singularity is still the subject of ongoing debate and research, and its potential impact on humanity remains uncertain.

However, some AI researchers are trying to find out if AI is getting close to being as good as humans by looking at how well AI can do things that humans can do.

One example is how well AI can translate speech like a human can. This is a hard task for AI, but if it can do it well, it might be a sign that AI is getting close to being as smart as humans.

Translated, an Italian company founded in 1999 that uses a powerful combination of human creativity and machine intelligence to craft consistent quality translations at speed, has made a bold claim in this regard.

CEO Translated, Marco Trombetti, recently said, “Language is the most natural thing for humans. The data Translated collected clearly shows that machines are not that far from closing the gap [achieving singularity].”

By looking at over 2 billion translations and 8 years of data, Translated reached the conclusion that AI is getting better and getting closer to being as good as human translators.

According to Trombetti, it typically takes human translators one second per word to edit another human translator’s work. The time it takes professional editors to review a machine-translated suggestion has decreased from 3.5 seconds per word in 2015 to 2 seconds today. If this trend continues, Translated’s AI is predicted to be as accurate as human-generated translations by the end of the decade or sooner.

Judging by Translated findings, it is possible that singularity can be reached by the end of this decade, if not sooner.