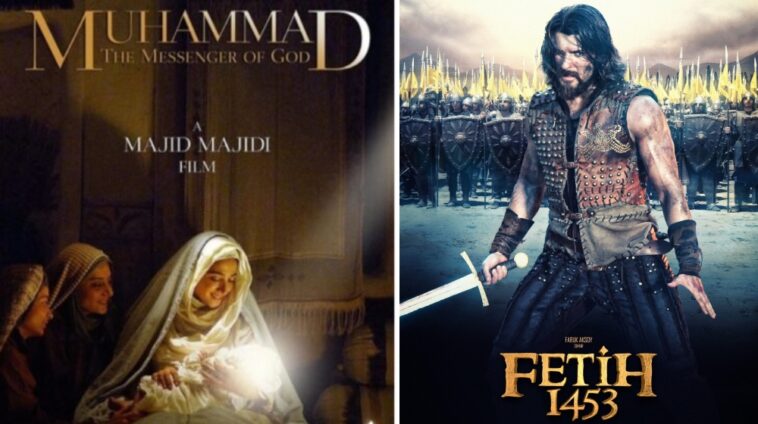 While many might argue that watching films is not permissible in Ramadan, we often forget movies are a means of learning, not just entertainment. Hence there are Islamic films too.

These movies offer information about Islam, Muslim practices and the lives of Muslims in general. Some of these movies can be slow burn works of arts. Others might be action movies following Muslim conquests throughout history.

What these movies do is offer a positive image of Islam and Muslims. Here’s a list of Islamic films to learn from this Ramadan.

Of course this movie was bound to make it to the list. This film follows the journey of Prophet Mohammed (PBUH). How he became a messenger of Allah and his initial hardships spreading ‘the message’.

Helmed by then Muslim director, Moustapha Akkad, the film was made keeping the sentiments of Muslims in mind. With characters like the Prophet (PBUH) and Hazrat Ali (RA) not being essayed by characters.

You can watch this on Netflix.

Muhammad: The Messenger of God

This Iranian film follows the childhood of Prophet Mohammed (PBUH). This was even nominated for an entry as a Foreign Film at the Oscars. You can watch this contemporary film on Alchemiya.com

Speaking of Islamic learning, BILAL: A New Breed of Hero Movie is a good movie to teach children about the core Islamic values of toheed (monotheism), and shahada (theism).

The movie is based on real events – it follows a young boy fighting for his right to religious practice and protects his family from prosecution over their religious beliefs. You can watch this movie on Netflix.

The Muslims Are Coming

Laughing a little never hurt anyone. This comedy documentary follows Muslim American comedians as they tour across the US. This is one you shouldn’t miss. Watch it on Amazon Prime.

Uncomfortable conversations are necessary for awareness. That’s where movies like Malcolm X come in. The film follows the story of Civil Rights Movement activist and Muslim African-American Malcolm X.

This movie is available on Amazon Prime.

8 Pakistani Drama Serials That Teach Us About Religion and Spirituality

Starring Dan Glover this movie follows the life of a Muslim-American family that is changed forever after the September 11 attacks. This is an indie film and can only be found in limited places. Watch this on Netflix.

There are several online resources to watch Turkish content.

Here are some acclaimed Islamic documentaries that are worth a watch;

Mohammad: Legacy of a Prophet

This was a PBS documentary and details the life of the Muslim Prophet (PBUH) based on a historical record. It’s used as an important tool by the Muslim community in the West to teach about Islam.

Comedian Dave Chappelle Reveals What Made Him Embrace Islam [Video]

This documentary series details the history of Islam. It starts with the birth of the Prophet (PBUH) and the early Caliphates, to the Crusades and the Ottoman Empire and Safavid dynasty. You’ll have to get this on DVD.

In this documentary National Geographic follows three pilgrims from Malaysia, South Africa, and the United States as they travel to Mecca for Hajj. You can watch it on Amazon Prime.

Which of these Islamic films will you watch? How many of these movies have you seen? Any suggestions for Islamic films we could have added to the list? Let us know in the comments below. 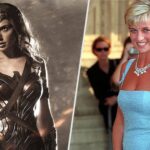 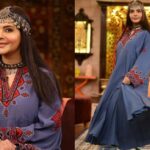