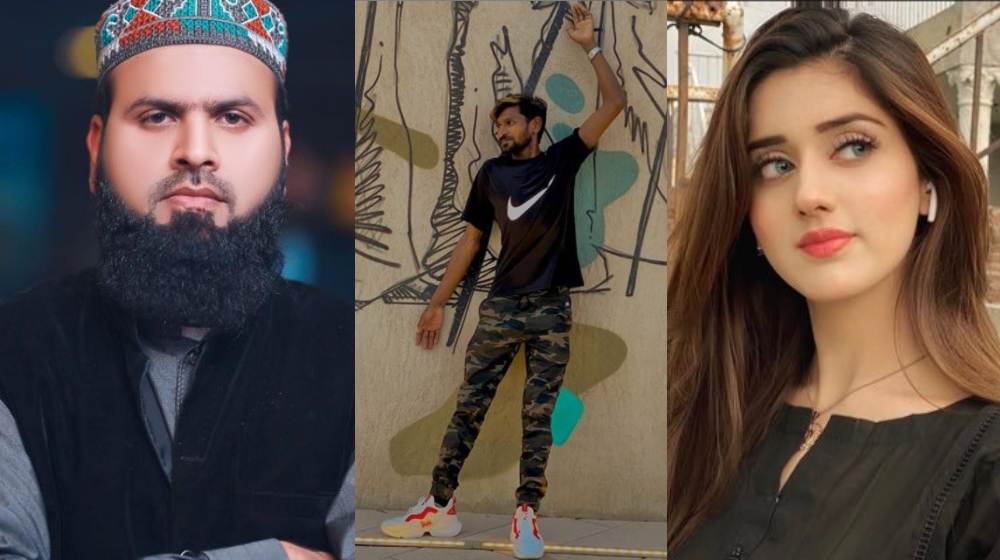 With the Pakistan Telecommunication Authority’s (PTA) TikTok ban there’s been a lot of discussion on how this will affect Pakistani TikTokers.

TikTok had become another platform spawning out social media influencers. Some TikTokers had a sustainable income via the video-sharing platform.

TikTokers don’t get paid through the platform, but rather through endorsements they receive via the platform. These influencers are paid to introduce products to their audience and promote these products. So does this mean without the platform there will be no endorsements?

Perhaps these social media influencers can cash in on their popularity on different platforms? Afterall some Pakistani TikTokers even moved to mainstream media such as Alizey Shah and Areeka Haq.

What about those Pakistani TikTokers that stayed true to their platform? They’ll be most affected now. Here’s a list of 10 such TikTokers.

Pakistani TikToker Tauqeer Abbas is known as Phoollu on TikTok. The farmer had a knack for making trendy viral videos on the platform and rose to stardom. The platform gave him better financial opportunities and he moved to Dubai. It is said that Phoollu charged Rs. 150,000 rupees for sponsorship of a single video.

Make-up artist Humaira Asghar, goes by Dolly Fashion on TikTok. She has her own salon in Lahore and was featured in some photoshoots and dance sequences on screen.

With over eight million followers on social media, Reviewit.pk reported that she charges Rs. 100,000 to endorse one product.

One of the most prominent Pakistani TikTokers, Jannat Mirza is in the clear with her drama debut lined-up, not to mention all the other projects she’s been offered. She had the highest follower count on TikTok with 10 million.

Following in the footsteps of her big sis, Jannat Mirza, this social media influencer is said to charge Rs. 300,000 for endorsements.

After curating his friends’ TikTok videos for a while Usman Asim decided to try his own hand at the craft. The Wazirabad native is known for his creativity and sense of humor. He charged Rs. 400,000 for making one sponsored video.

Sehar Hayat made her claim to fame with her dance moves. Initially, she would post light-hearted dance videos on Tik Tok but later opted to make it a career choice. In an interview, Sehar Hayat even admitted to putting in a lot of work and effort into her videos.

One of the most followed Pakistani TikTokers, Zulqarnain is known for his acting skills. He too has been offered an acting project. The TikToker is set to make a television debut soon. With over 8 million followers on Tik Tok, it is said he would charge Rs. 1,000,000 per minute for modeling projects. Word is he charges Rs. 500,000 to Rs. 800,000 for sponsoring videos.

Kanwal Aftab was already a host for a show on a social media platform before she found the world of TikTok. She had eight million followers on Tik Tok and charged Rs. 400,000 per sponsored video and Rs. 300,000 per modeling photoshoot.

Hailing from an affluent family Areeka Haq is also in the clear when it comes to the TikTok ban. She’s already made a move to mainstream media with Asim Azhar’s video for Tum Tum.

How many of these TikTokers will remain in the spotlight now that TikTok is banned in Pakistan. Let us know in the comments below.