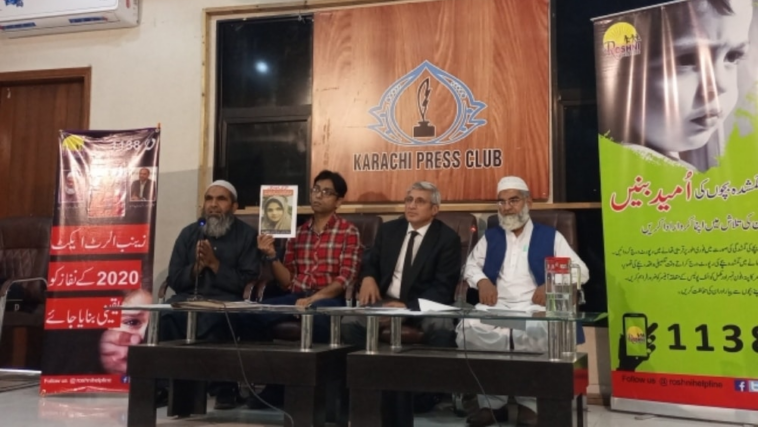 Asma Shumal, a 14-year-old from Islamabad has been missing for 39 days. The family does not know her whereabouts but we are praying that she safely returns home.

On Monday, her father, Mohammad Shumal addressed a press conference at the Karachi Press Club to request the authorities to help him find his minor daughter.

“It has been 39 days since my daughter went missing. Other than knowing that she was brought to Karachi following her abduction in Islamabad on Feb 4, we still don’t know of her whereabouts. Her recovery is the state’s responsibility. I appeal to the Islamabad High Court, the chief justice, the interior minister, the prime minister and the president to step in and help me recover Asma,” he said.

The missing case of Asma Shumal

Mohammad Shumal was accompanied by Haji Amin Ansari, father of the late Zainab of Kasur and volunteers from Roshni Helpline-1138 and Roshni Research and Development Welfare Organisation.

The programme coordinator for Roshni Helpline, Ali Shan provided details of the case and informed that Asma was a student of class seven at the Islamabad Model College for Girls. On February 4, she had gone to school to appear in her examinations, however, she did not return home.

When she didn’t return home for longer than expected, her mother grew worried and went looking for her at the school with her son Bilal. There, they were informed that neither had Asma come to school that day nor had she taken any exams. The mother and son then headed straight to the Ramna police station to inform authorities of the girl’s disappearance.

Why was the Police so lenient?

“But the next day, the officer visited their house to tell them that they will not be able to start investigating the case as it was Kashmir Day, a holiday. Following Kashmir Day, there was the weekend during which the police didn’t budge also. As a result, they lost crucial time. Then on March 8, the police called over Asma’s brother Bilal to ask him to provide them with all their landline and mobile numbers so they can gather the call data records. Obtaining CDR took them another week as precious time was being wasted.”

Through call records, they discovered that Asma was in Karachi. However, they demanded a hefty sum in the name of ‘travel expense’ to find her in the City of Lights.

“But then they asked Asma’s brother to provide them Rs150,000 to Rs200,000 as travel expenses to look for the girl in the metropolitan city. They said that the money should not be a problem for someone whose father worked in Saudi Arabia,” he said.

Asma’s father worked in Saudi Arabia, but upon hearing of his daughter’s disappearance and the police’s irresponsibility, he wanted to return to Pakistan. His employers were not allowing him to leave without prior notice, but by Feb 15, he returned anyway, and in the process lost his job

We hope that Asma returns home safely and that the family finds peace. 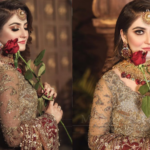 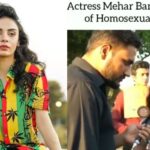