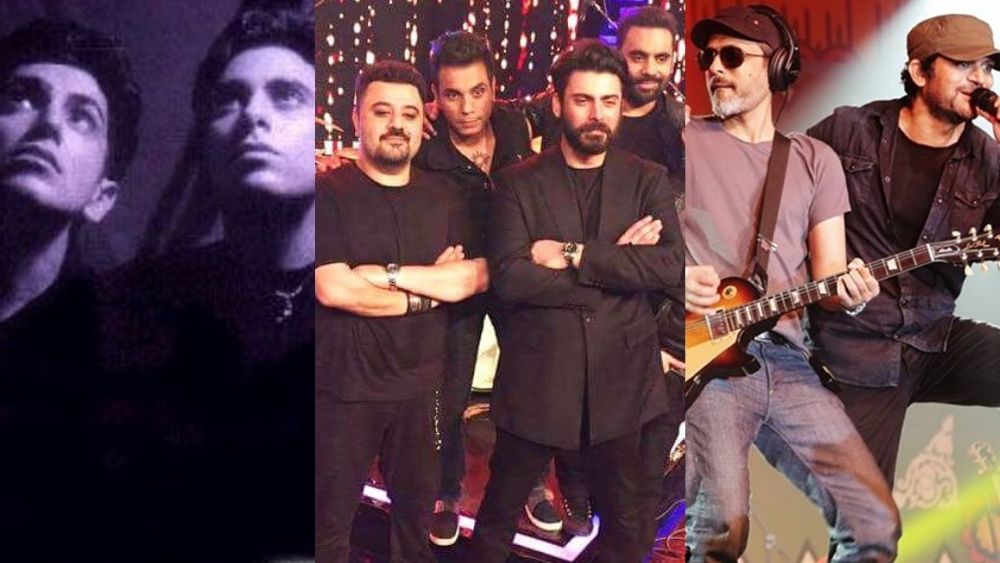 Pakistani band Strings broke our hearts with the recent news of disbandment. Netizens were calling it the end of an era… and what an era it was! However, this is not the first time that the public is saddened by the news of their favorite band dissolving – these 4 Pakistani Bands have also disappointed fans in the past.

Let’s take a look at all the Pakistani bands that broke our hearts with their break-up:

Awaz was a Pakistani pop music band that included Haroon, Faakhir Mehmood, and Asad Ahmed. The band was formed in 1992 when Haroon was still in college.

From the release of their first music video for the song Janeman, the band saw instant success. They have given us some of the classics like Shawa, Oh Girl! and Aai Jawan.

The band members decided to go their own separate ways in the early 2000s. Their separation definitely left the fans feeling bitter-sweet.

EP was one of the most famous Pakistani bands. The band members included Zulfiqar J. Khan, Fawad Khan, Ahmed Ali Butt, and Salman Albert. Formed in 1996, the band gave its fans an epic 10-year ride.

From Wakht to Hamesha– are you even a millennial if you haven’t heard these songs?

Atif Aslam, Goher Mumtaz, and Omer Nadeem were some of the most widely popular figures in the early 2000s. It was their music video for Aadat that brought them fame and success. However, Atif Aslam left Jal, the band in 2002 and things haven’t been the same.

Farhan Saeed, who joined the band in 2003 as a vocalist also left the band back in 2011. The band still exists, but it’s just not the same!

Junaid Jamshed, Rohail Hyatt, Shahzad Hasan, and Nusrat Hussain joined hands to form one of the greatest Pakistani bands, Vital Signs. The rock band saw a huge success in the late 80s and it expanded over a period of almost 6 years.

Netizens were in shock when the members disbanded in 1998.

Which one of these Pakistani bands was your favorite? Whose breakup do you think created the loudest uproar? Share your views in the comments section.

Why Did Sajal Aly Call Out ‘Homewreckers’ On Her Instagram? [Pictures]