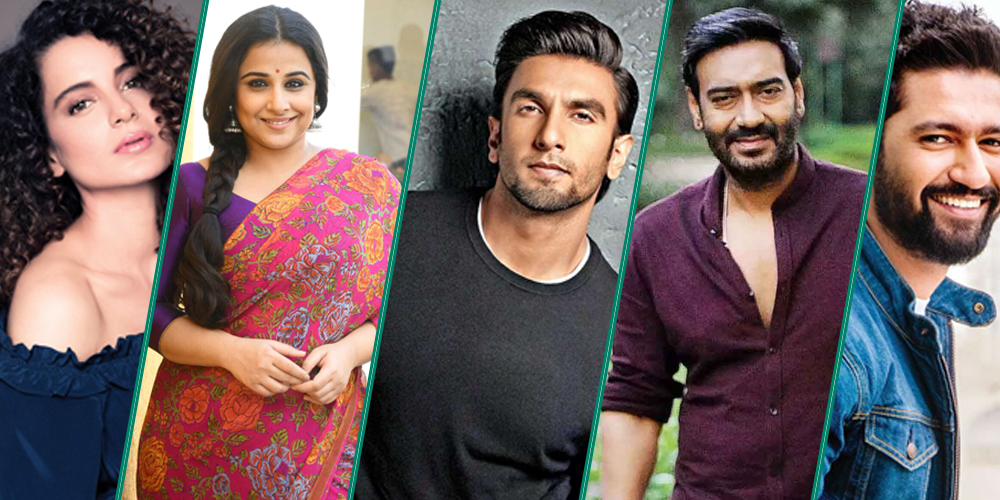 While Bollywood is warmongering even after Balakot, Pakistani artists have adopted a much measured tone. Its funny how Bollywood actors are telling Pakistani artistes to denounce war and specifically, support India’s fight against terrorism. Their definition of terrorism omits the one against Kashmiris though.

Pakistani celebs started the #PeaceNotWar and #SayNoToWar trends. Doing so includes calling out the Indian government for false claims to initiate war.

It should be noted that Bollywood has banned Pakistani artists at every opportunity, with the recent tensions being another example. To be fair, some Bollywood actors do feel that cultural exchange shouldn’t suffer. But the majority thinks that links with Pakistani showbiz industry should be cut off, with no exceptions.

These are the Bollywood stars who have advocated the ban on Pakistani showbiz.

The Queen actress said that Pakistanis should act against terrorism before they get to act in Bollywood films. The actress made it a point to get others on the warmongering bandwagon.

Shes gone as far as questioning the patriotism of Indian artists who refrain from making political comments, such as Ranbir Kapoor.

Vidya Balan isn’t big on soundbites like Kangana. The actress still made it clear that she wants Pakistani artistes working in India to acknowledge India’s fight against terrorism and support the efforts to root out hate from this world.

The Kahani actress said that ‘Indians are not fighting against Pakistan as a country but were battling against terrorism’.

The Total Dhamaal actor like Kangana Ranaut would ‘build a wall’ if he could. He went as far as to say that ‘there should be restrictions on bonhomie between artistes’ in turbulent times.

He said that he will never work with Pakistani artists and recently he canceled the release of Total Dhamaal.

The man from Uri: The Surgical Strike says that selling Bollywood films in Pakistan when tensions are high between the two is ‘not an effective way to boost the morale of the army’.

He didn’t mind the Rs 200 crore that his film Uri brought in. Unfortunately for him, movies like The Accidental Prime Minister and Thackery tanked even after releases in Pakistan.

This Padmavaat actor advocates that art and culture shouldn’t mix with geopolitics and war.

However, he also believes that if the soldiers and public want to ban Pakistani artists then the industry should go along with it.

We do hope that these artists don’t become hostage to nationalist rhetoric. But alas, their voices ensure that the showbiz industry becomes yet another battleground for Indo-Pak rivalries, and the wrong kind of rivalry at that.