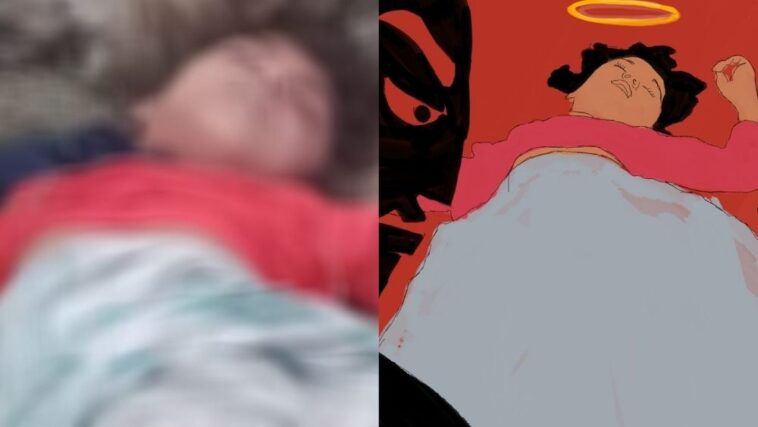 At the tender age of 7, most children develop a thirst for knowledge, their curiosity about the world excites them, and they truly begin understanding emotions and their consequences. An age when our biggest worry is the little fight we had with a best friend. Or the favorite toy that has gone missing. Little do we know about the bigger problems of the world and the monsters that lurk in the darkness. But a 7-year-old girl, Momina Larik met a monster at this young age and met a brutal death.

Reports have been flooding the internet – a young girl abducted, raped, and killed in Pir Jo Goth village in the Khairpur District. And much like all the other young victims of sexual abuse, Momina was not able to survive the attack. Brutality, rapes, and killings against children haunt every corner of Pakistan. But authorities seem to keep looking the other way.

Last year, Prime Minister Imran Khan and his cabinet approved a new anti-rape measure. The ordinance has been signed in order to speed up the convictions. And it also allowed chemical castration of some offenders. But to our dismay, nothing has changed – and children keep becoming victims of sexual assault.

Louder, for the unruffled authorities!

Social media is outraged because before today nobody had an inkling about this case. There was no news coverage on mass media and angry netizens took to their respective social media accounts to spread awareness and start the hashtag trend Justice for Momina Larik (#JusticeForMominaLarik).

Due to the sensitivity of the matter, viewer discretion is advised.

Without further ado, let’s take a look at some of the public reactions to this news:

Barbarians who rape children/women are definitely not humane. To eliminate such social crimes we need to make law amendments, ensure speedy justice and capital punishment for the ones found guilty of there heinous crimes. About time we set some precedent. #JusticeForMominaLarik

Momina Larik from khairpur Sindh is raped and brutaly killed. Sindh Police and Sindh govt is taking no interest to give her justice.@BBhuttoZardari
You are Chairman Human Rights commettee Plz take notice on the poorest performance of @SindhGovt1 #JusticeForMominah pic.twitter.com/UVy802LgZ6

What an Islamic Republic State💔
☆No Islamic laws
☆No punishment for those who abducted,raped and killed a thousands of innocent children.
Shame on our Govt laws and policies. #JusticeForMominaLarik pic.twitter.com/uhUR3vXT7x

Just think for a moment can you see your own daughter in this state?what if is?how will you react? #JusticeForMominaLarik pic.twitter.com/gCyGXcTDLB

A 7 year old girl, who was raped and brutally murdered in Khairpur. Kya ab 7 saal ki bachi ki bhi dressing kharab thi haan? Who will give her justice in this country? The hashtag will trend for a few hours & then NOTHING will happen. #JusticeForMominaLarik pic.twitter.com/8GQZ3SRgKO

From Zainab, Marwa and Momina😭. We're not losing Our daughters but a state💔. We demand #JusticeForMominaLarik, a seven year old girl, who was raped and brutally murdered in Khairpur. We demand an end to sexual violence against children, women and transgender persons. pic.twitter.com/DzK0sPRGJI

As a society we defend act of a child being subjected to same paedophilic lust if the rapist marries the child, our conscience only becomes clear when we're faced with a dead body. So many Mominas are in captivity with their families languishing in courts #JusticeForMominaLarik pic.twitter.com/ybiuwoHhJq

A 7 y/o girl who worked as a maid at a household in Khairpur Distt Sindh was brutally murdered and raped. This is not the first case of child abuse nor it will be the last. How many more innocent lives to be taken until these predators fill their desires ?#JusticeForMominaLarik pic.twitter.com/WF9qjnx2F6

From Zainab, Marwa and Momina😭. We're not losing Our daughters but a state💔. We demand #JusticeForMominaLarik, a seven year old girl, who was raped and brutally murdered in Khairpur. We demand an end to sexual violence against children, women and transgender persons. pic.twitter.com/tqUpXgQ2iC

7 Years old Momina has been raped and killed in Khairpur Police is busy in corruption and VIP Duties
We are not Losing Our Daughter But a State#JusticeForMominaLarik@niazissani @shahidHsoomro pic.twitter.com/uHhCV0vSmC

A 7-year-old girl has been abducted, raped and killed in Khairpur😭
Justice With Momina Larik pic.twitter.com/V4BRBBNNrF

According to the reports, Momina’s body has been taken for a postmortem, and evidence is being collected.

Since the  Zainab case, we have seen several cases of sexual abuse – and Momina Larik is not the last victim. As reported by Sahil, at least 10 children endured some form of abuse on daily basis in Pakistan. The more important, pressing question is; when will the authorities say ‘enough is enough’ and take adequate measures? 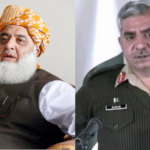 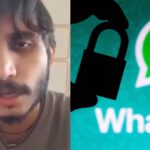