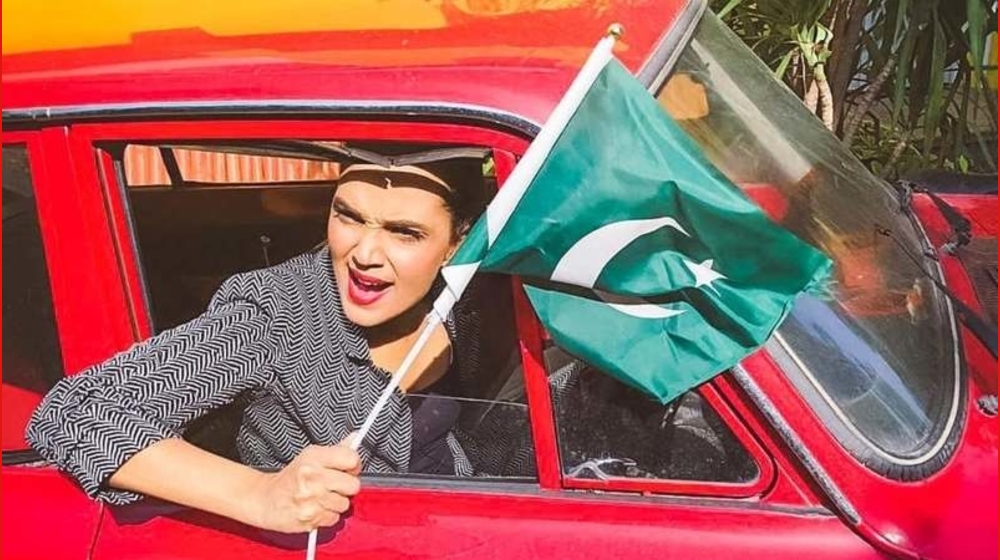 Supermodel Aamina Sheikh is reminding Pakistan what its founder said about women, on the occasion of Muhammad Ali Jinnah’s 142nd birthday.

What started as an ordinary Quaid Day post on Instagram took a thought-provoking turn when the Cake actress finished a quote by the father of the nation.

She started with a simple message, regarding our responsibility to the country.

“Quit complaining, quit bickering and quit blaming. Jab mulq hamara hai, tou phir isay hummee nay sanwaarna hai. The foundation of Pakistan was laid by our founder & leader, Mohammed Ali Jinnah – the Quaid – with the fundamental principle that we are equal citizens of One State.”

She then added Quaid-e-Azam’s ‘pen is mightier than the sword‘ quote, but added the whole thing. The starlet said that the rivalry between the power of the pen and the sword had often been highlighted by the founding father but he had also stated that ‘the power of women is greater than both’.

“There are two powers in the world; one is the sword and the other is the pen. There is a great competition and rivalry between the two. There is a third power stronger than both, that of the women.”

The Cake star then led with that oft-repeated quote – with great power comes great responsibility. Ultimately, she ended her post with a message calling for harmony against all:

“We realize that power today, but let’s do so effectively; by upholding all genders, working off of each other’s strengths, and co-existing in harmony— after all we have to survive together. Let’s do it with the tools given to us of Unity, Faith and Discipline. Let’s empower each other and forge ahead.”