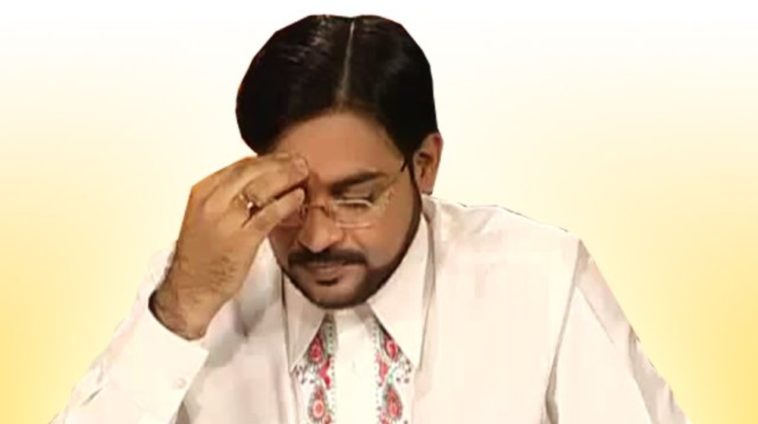 Pakistani politics, on many occasions, have resorted to cheap shots by cracking sexist ‘jokes’. However, Aamir Liaquat’s recent joke has Netizens furious, and no one’s laughing. Member of National Assembly (MNA) Aamir Liaquat thought it would be funny to make a joke about sexual harassment.

Of course, the ‘joke’ is being slammed as sexist and insensitive.

Earlier this week, Pakistan Democratic Movement (PDM) had to postpone its long march, scheduled for late March, aimed at toppling the Pakistan Tehreek-e-Insaf (PTI) government. The postponement came amid disagreements within the 10-party opposition alliance.

So, Aamir Liaquat made a joke that the only way to topple the PTI government would be to falsely accuse a party leader of sexual harassment. Obviously, that sparked outrage on social media.

“There is only one scenario in which PPP can topple the government and that is if [PPP chairperson] Bilawal tears his clothes and accuses Sheikh Rasheed [PTI minister] of sexual harassment.”

Pakistan People’s Party (PPP) Chairman, Bilawal Bhutto is often targeted in sexist jokes by opposing politicians, for not fitting a traditional male archetype. However, the sexism aimed at the young leader is not what sparked the most outrage.

People called out how ‘any normal human being with a semblance of decency’ would not joke about rape and sexual harassment, especially over petty politics.

Everytime I think this is the lowest this man can go. But somehow this man proves me wrong and stoop lower https://t.co/DDvR0kKKNL

THIS IDIOT WILL SOON HOST A RAMAZAN PROGRAMME. THE LEVEL OF IDIOTIC BEHAVIOUR IN PAKISTAN https://t.co/9iJDHHd0fq

Aamir Liaquat continues to make rape centric and sexist remarks in the garb of ‘humor’, targeting male and females figures in society. It is beyond understanding how and why @ImranKhanPTI continues to let him to do this and nobody in the PTI has muzzled him for this. https://t.co/NzBLCuzTnx

Humor is used to normalize things, as it removess discomfort around subjects.  The last thing Pakistan needs is to normalize sexual crimes. Additionally jokes like this reduce the very real problem of ‘harassment’ to a ‘fake cry wolf‘.

Did he just made a joke on “Rape”!! A member of National Assembly is making a rape joke. He should be literally fired from his position.
Why does this man thinks it’s funny to accuse someone of rape? https://t.co/OHEG9CQTv7

Sexual assault and rape jokes aren’t funny…when you joke about it , you normalise it making it sound like it isn’t a big deal … sexist jokes are also not funny … when you make sexist jokes you tell the world once again that you are a sexist freak. https://t.co/EeRwEUgDn7

Using a dead man's picture, who happens to be legend mind you, to propagate homophobia, rape culture and making fun of harassment related incidents. All in one tweet.

Aamir Liaquat Hussain still manages to surprise me. I'll give him that. https://t.co/oaChYZ0tgn

I feel ashamed that I voted for PTI twice when I read stuff like this from MNA @AamirLiaquat . How can we normalise this shit ? Aur kitna giro gey ? https://t.co/ThhIb9kmG5

Harassment and sexual violence are not a joke.

Of course, one doesnt expect trash to understand that 🤷‍♀️ https://t.co/eDQnQYhCWb

The Karachi-based MNA’s problematic jokes span from casual sexism to mocking religion and even making jokes about the deceased. People questioned how the PTI continues to brush this off.

You endorse this or have you not got the *courage* to ask him to resign@fawadchaudhry https://t.co/oFu5yvVM8R

How do all of us get out of bed every morning knowing that a person like Aamir Liaquat Hussain can actually become an MNA (more than once!) in this country?

Why don't @ImranKhanPTI expell such disgusting people out of party https://t.co/6tuEC0GbZ6

Wow wow! This man is member of National Assembly and is labelled as an asset by @PTIofficial ! Amir liaqat at its best, one minute down, next minute more down. Can the top leadership of ruling party along with our HR minister @ShireenMazari1 take notice of this bullshit? https://t.co/6vVNVkooDI

Even if the politician apologizes after the current backlash, this wouldn’t be the first time. Netizens pointed out that apologies for repeated offences mean the guilty individual has made no attempt to be better.

Can't believe IK made Atif Mian resign ONLY because of his beliefs but did not accept the resignation of this piece of shit who does nothing apart from making jokes on beliefs of minorities or using r*pe as a punchline. Utter filth. https://t.co/8CPaHEWBV7

I can’t believe our prime minister rejected Aamir Liaquat’s resignation only for us to see him make ‘jokes’ on Hindu minorities and raping of an opposition politician. https://t.co/RiD0qj5Kxn 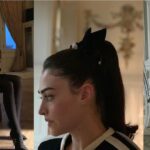 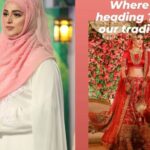