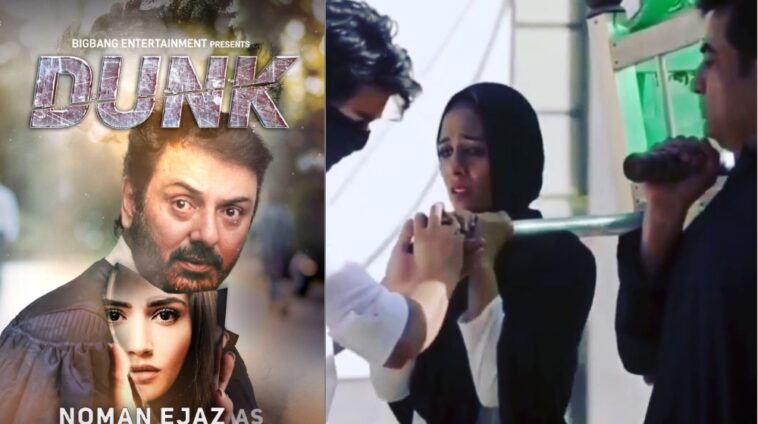 Despite the mixed reviews towards Fahad Mustafa’s production Dunk, the drama serial ended its last episode on an emotional note. Love it or hate it, the finale of the drama serial is bound to stir your emotions.

Dunk episode 7 saw Professor Humayun (Noaman Ejaz) die and his own wife Saira (Yusra Rizvi) shoulder his coffin because not enough people showed up for the funeral.

In the end, we see Professor Humayun give up his battle and just commit suicide. However, we see Haider (Bilal Abbas) come through in the end in an attempt to redeem himself.

Despite all the backlash towards the subject matter and the drama serial, everyone was left moved by the emotional performance by Yusra Rizvi and Bilal Abbas. These two actors stole the show.

HOW DID I FORGET TO APPRECIATE HER??!!

We all cried here. 💔 I really hope we get more Yasra Bilal interactions in the coming episodes. 💕 #Dunk

Hainaa 😍😍 Such a beautiful moment and such amazing feeling. 💘💘 I love him. 💘💘 #BilalAbbasKhan #Dunk #Haider https://t.co/AK1bLeX1FZ

ah what an episode of #Dunk @bilalabbas_khan NAILED IT.
MY HEART GOES FOR HAIDER.

This was so heartbreaking 💔
I had tears while watching it 😭#Dunk pic.twitter.com/a63ODdfDcg

How amazingly he has potrayed his role! even the scenes without dialogues, his eyes expressed everything, every scene of yours is so deep & emotional @bilalabbas_khan you have done a great job.hats off to you.#Dunk #bilalabbaskhan pic.twitter.com/To790mPl9l

The drama series followed our protagonist Professor Humayun, a victim of false sexual harassment allegations. The fictional series followed the hardships of a man falsely accused by his student.

"Dunk is a tribute to the misogynistic mindset of the Pakistani entertainment industry; it will paint men as victims while grossly misrepresenting reality," said the cast and crew of the series while talking about their upcoming venture with pride. There, fixed it. https://t.co/EeXjONdJIJ

yes lets give a tribute to victims of false allegations which stand at 2% of the time while conveniently gaslighting and dismissing the plight of every woman & child in Pakistan unsafe at the hands of men who's egos you're boosting 👏🏽👏🏽👏🏽 https://t.co/vstHU7Q0v2

Is it an achievement being victim of false allegation of sexual harassment?

Naturally, the series was heavily criticized online over choosing to dramatize false harassment claims in a patriarchal society like Pakistan where victims of sexual harassment are already silenced.

In a country where men dig up graves to assault dead women, throw acid or fire bullets at women for saying no where many cases are not even reported what's needs ary's attention is need to highlight remorse of potential harraser . pic.twitter.com/3JIbw0F9ON

Instead of producing the dramas for sexual harrasment/rape victiims, we are coming up with this absurd that won't only strengthen the mindset of absuers getting away with the allegations calling it 'FALSE" but also giving hard time to victims to get the justice.#Dunk https://t.co/KyOM6MKGbC

There are several instances of sexual harassment in educational institutes where actual culprits get away scot-free. Most recent examples include the Lahore Grammer School (LGS) expose and the University of Balochistan (UoB) scandal.

Dunk even projected how the ‘weapon’ required for a victim of false harassment claims to come through is trust. However, trust is what’s weaponized in real harassment cases as well.

Perhaps the lesson that should have been pushed is to trust no one but the evidence. What do you think? How would you have wanted this story to be told? Let us know in the comment section. 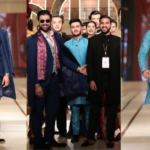 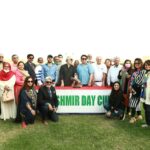