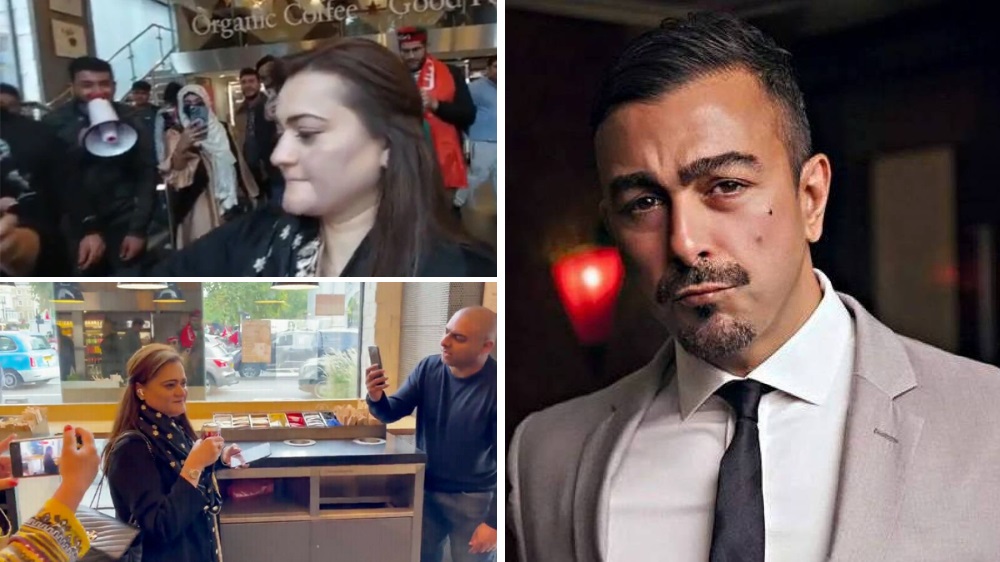 Lollywood actor Shaan Shahid has spoken up in support of the recent harassment of the Federal Minister for Information and Broadcasting, Marriyum Aurangzeb, by expatriate Pakistani PTI supporters in London.

In a surprising move yesterday, the Khuda Kay Liye star tweeted in favor of the actions of the PTI supporters who had heckled her.

When you take away their right to vote and still want them to respect the politicians or govt who did it!? Not possible!

When you take away their Right to vote … and still want them to respect the politicians or govt who did it ! Not possible!!!.. respect is earned not given #istandwithoverseaspakisyanis

A video showing PML-N member Mariyum Aurangzeb being hounded by PTI supporters on the streets of London went over the weekend. The 42-year-old federal minister was heading to the Pret a Manger restaurant to grab a cup of coffee when PTI supporters hounded her and chanted “chorni, chorni” (thief, thief).

Although many PTI supporters are in favor of the minister being bullied in public, the incident has left netizens divided, and some, such as veteran actress Atiqa Odho spoke up against it.

Shaan Shahid is one of the biggest names in Pakistani cinema, who has acted in both Urdu and Punjabi films. The renowned actor recently postponed the release of his upcoming film, Zarrar, due to the flood crisis in the country. However, his most recent pro-PTI political stance has raised eyebrows.

Pakistan’s political climate has grown toxic over the decades. With political parties like PML-N, PPP, and PTI attacking each other, it is not surprising that their supporters express the same hatred towards politicians of rival parties.

However, does this mean that public harassment of anyone is justified? Do you agree with Shaan Shahid? Let us know in the comments below.