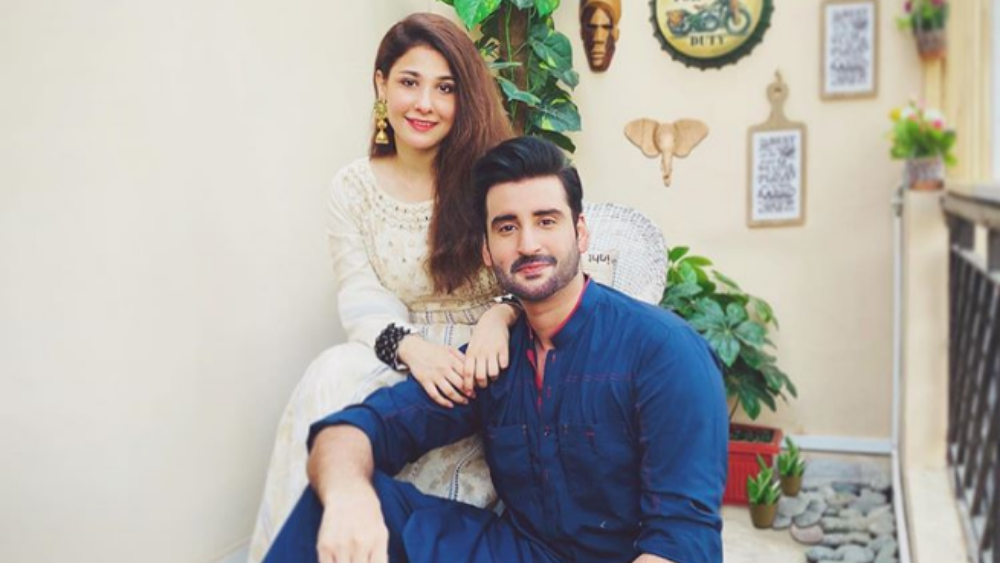 Agha Ali and Hina Altaf have stirred up a conversation over body-shaming, and netizens are furious.

The two were recently invited to Nida Yasir’s morning show. And while people were expecting to get some meaningful advice from the married couple, they ended up disappointing many with their supposedly ‘romantic’ exchange of a promise.

If you don’t know why they are being called out, you might want to consider watching this video.

The two shared an exchange of a promise they made to each other. Only issue was, while this promise feels innocent on the surface, it goes much deeper than that.

Back to the story, apparently Agha asked his wife for only one thing – a promise to never get fat. And he did this to appear cute on Nida Yasir’s show.

He proudly says “I don’t want anything else” or that he does not care about anything else. The only thing that matters to him is how fat or slim his wife is.

And as if this was not problematic enough, how Agha asked Hina about this was also quite questionable. He showed Hina a picture of some random person and asked her to never get that fat.

So not only is he body-shaming his own wife (or to be wife, since this happened before they got married), but he is also commenting on some unrelated person’s body.

Here’s Why it is Problematic and Wrong

We know that a husband and wife are allowed to talk about any and every thing. We think moments like these are par for the course, and nobody’s perfect. But um, seeing other people’s photos and make promises never to look like that is wrong on so many levels.

Both Agha Ali and Hina Altaf have massive fan followings. And believe it or not, they enjoy a huge influence over people. Making public statements like these and then laugh over them gives the impression that you should only marry someone because of their body.

Life is not a ramp and nobody is obliged to look like a tall, thin model. Some people are overweight, and obese too, sometimes through no fault of their own. Half of the people you know may have a disease that leads to obesity or eating disorders, the other half may have a heart condition where they can’t exercise rigorously.

Obesity is not a good thing obviously but some people don't choose it by choice. They work on it but didn't get results. we shouldn't publicly disown/mock them as it leads them towrds depression and restlessness. shame on such morning shows.

Agha Ali and Hina Altaf thought fat-shaming was humorous but it is a classic example of misogyny and internalized sexism that exists in our society.

Netizens couldn’t help but notice how problematic this is and schooled the couple for being fatphobic.

OMG! Imagine not blasting him for having such a shallow mindset but sharing it with the rest of the world. Oh dear Lord!

REPEAT AFTER ME AGHA ALI IS DISGUSTING PIECE OF SH*T!!!! https://t.co/K7HEXVUBJP

how can they be fatphobic on national television. im so disgusted 🤢🤢🤢 also fgs ban nida yasir’s show already @reportpemra https://t.co/rtAClP1Lmp

Appalled at how men dismay women in the name of love. Love supposed to be with u through thick and thin but sadly it has become a trafficking for men to begin with. They start from objectifying your body to controlling it. Men are not lovers, they are more perverts than trash.