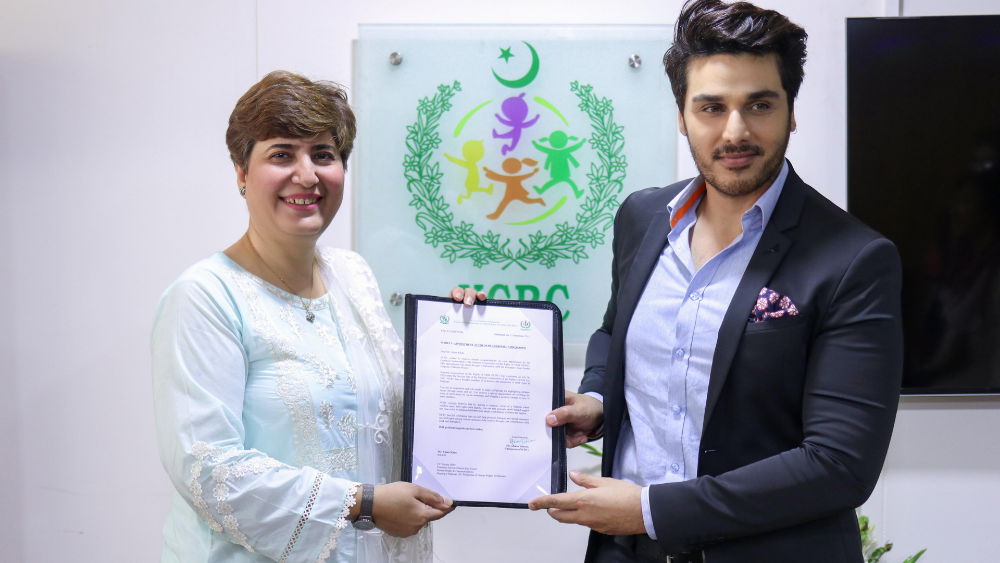 To protect and promote the rights of children in Pakistan, the National Commission on the Rights of Child (NCRC), in collaboration with European Union funded Huqooq-e-Pakistan (HeP) Project. On Wednesday, September 15, Ahsan Khan has been appointed as its goodwill ambassador.

Showbiz personality Ahsan Khan will join NCRC in generating much needed support for children’s rights besides raising voice to safeguard them from abuse, exploitation, violence, and neglect. He will use his stature for creating awareness on issues of vulnerable children in Pakistan and will inspire support for improving the lives of children, particularly the most marginalized. 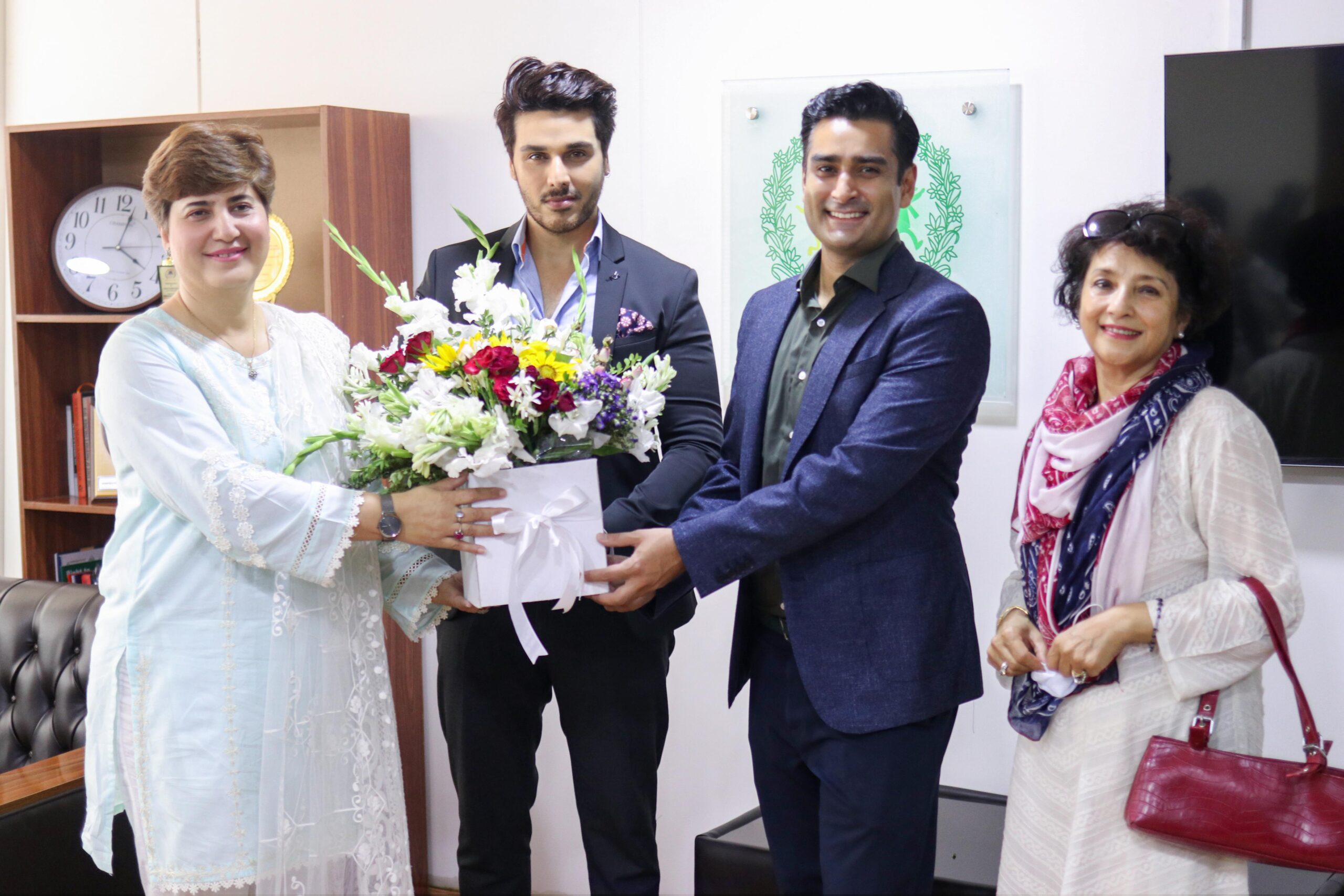 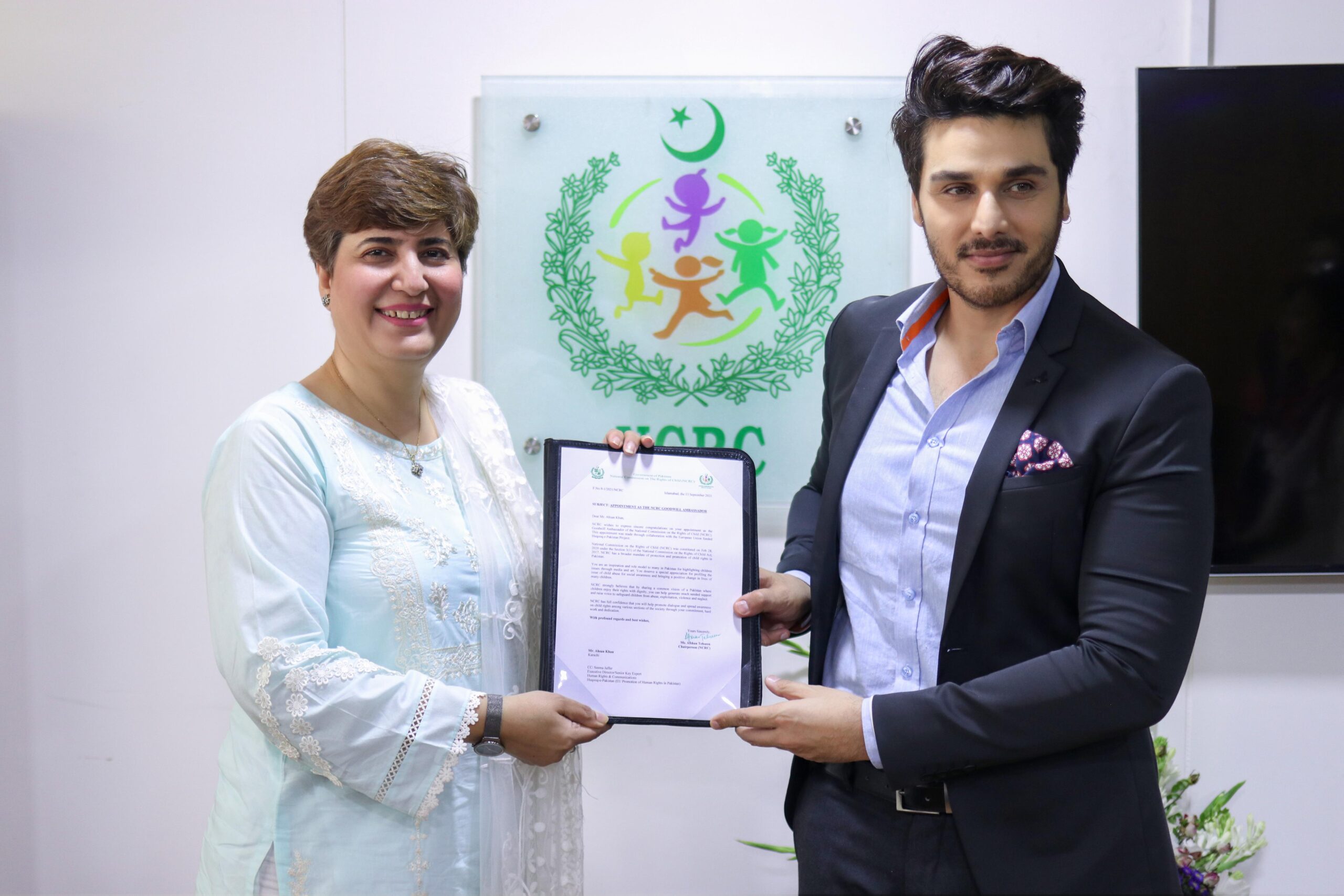 In her welcome remarks, Chairperson NCRC Afshan Tehseen expressed confidence that the appointment of Ahsan Khan as NCRC goodwill ambassador would help promote dialogue and spread awareness on children’s rights among various sections of the society.

“You are an inspiration and a role model to many in Pakistan for highlighting children’s issues through media and art. You deserve special appreciation for profiling the issue of child abuse for social awareness and bringing a positive change in the lives of many,” she said. 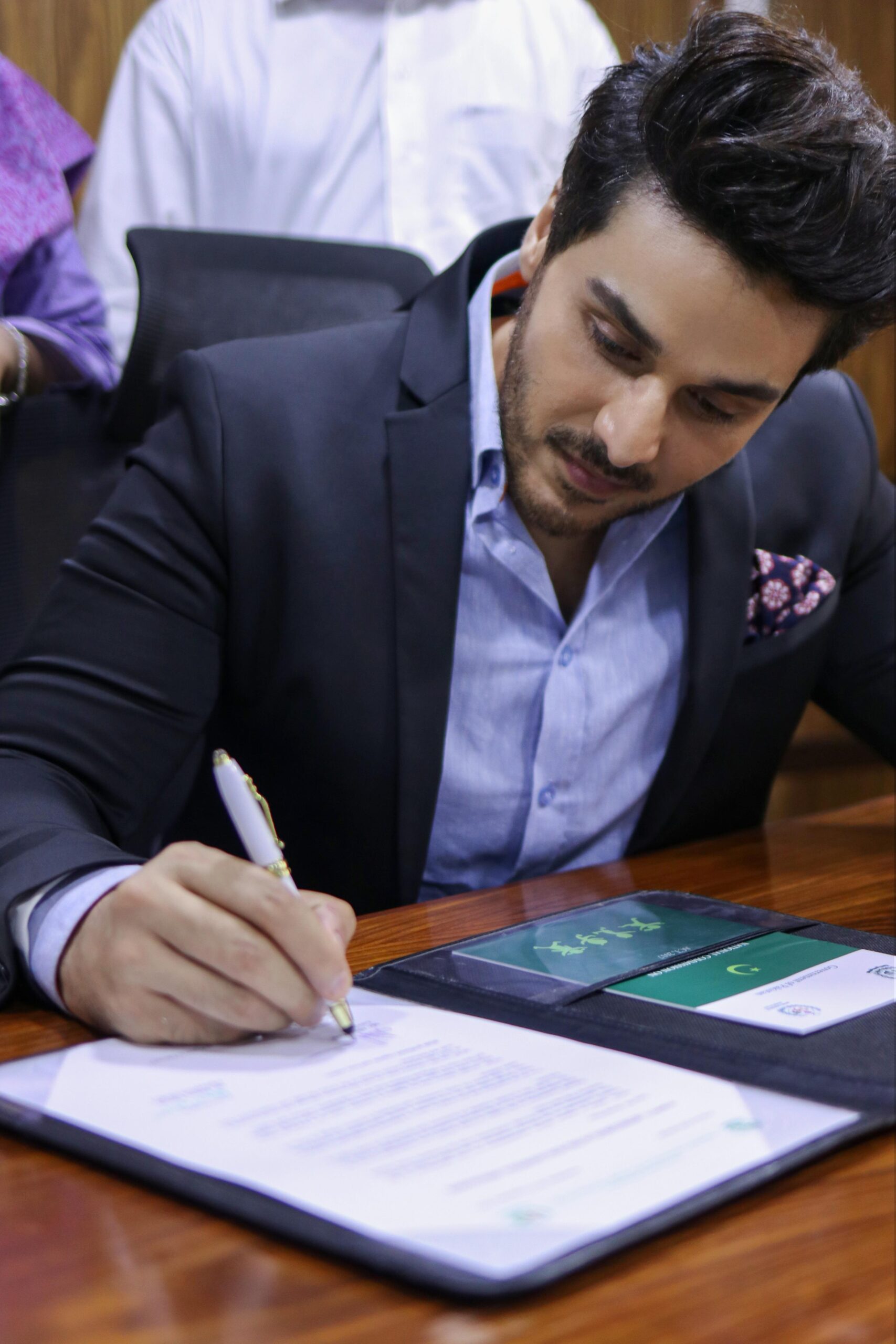 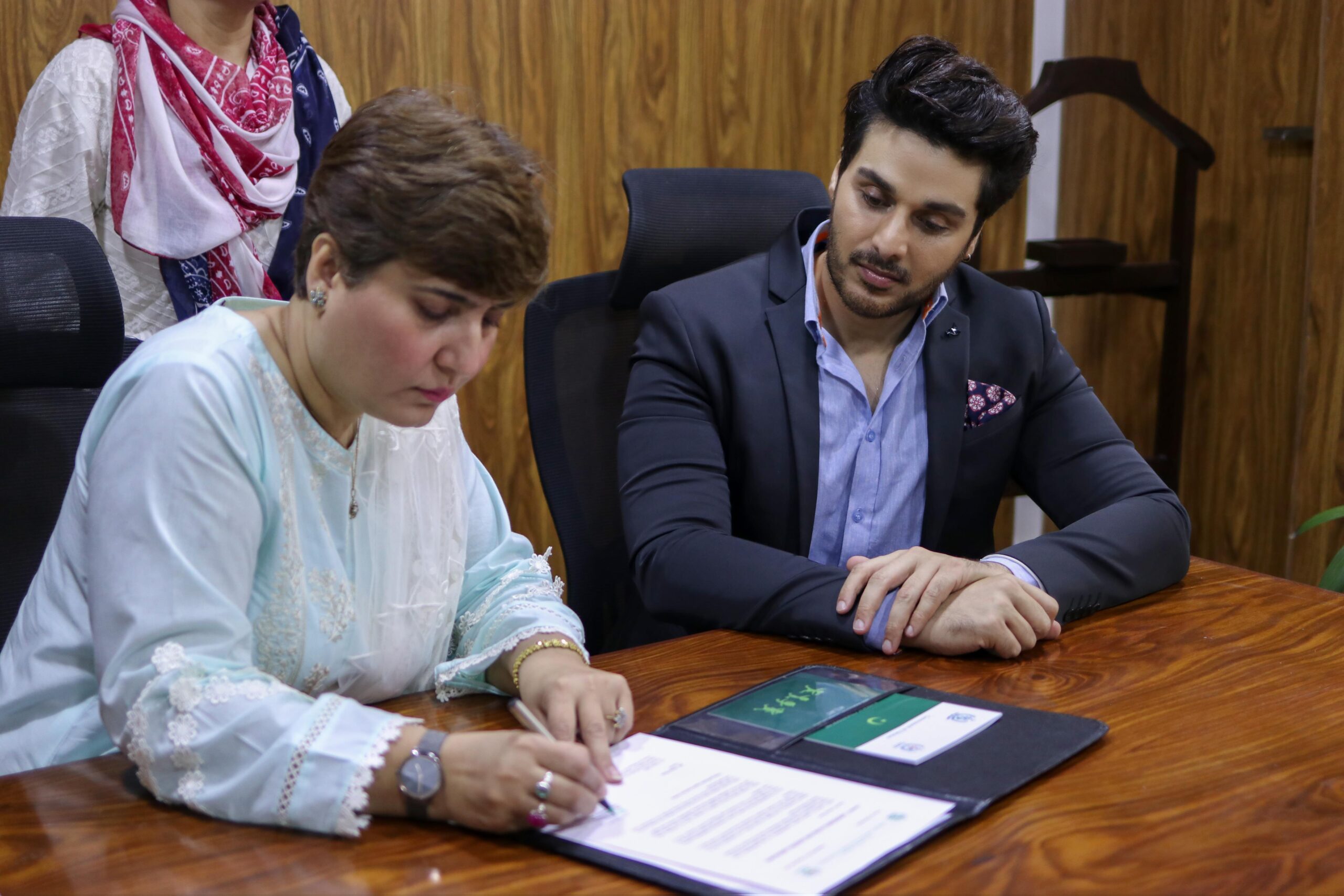 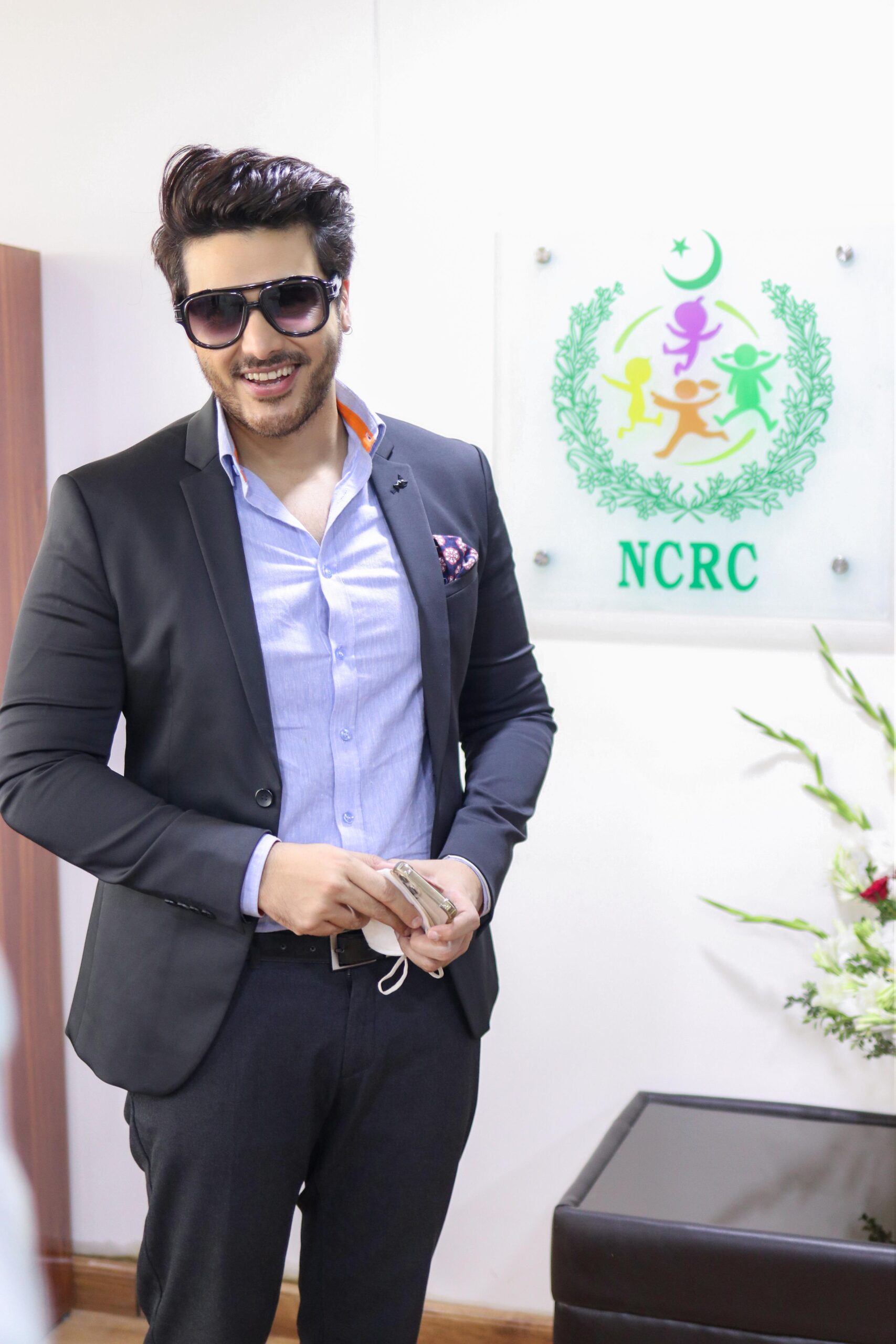 Speaking on this occasion, Ahsan Khan said that he was honored to be a goodwill ambassador for NCRC.

“All of us must take a moment to ask ourselves if we are treating our children properly. The answer, unnerving though it might be, will, hopefully, spur us into taking action against the denial of basic rights to children in our society. Action is necessary and complacency is no longer an option,” he said. 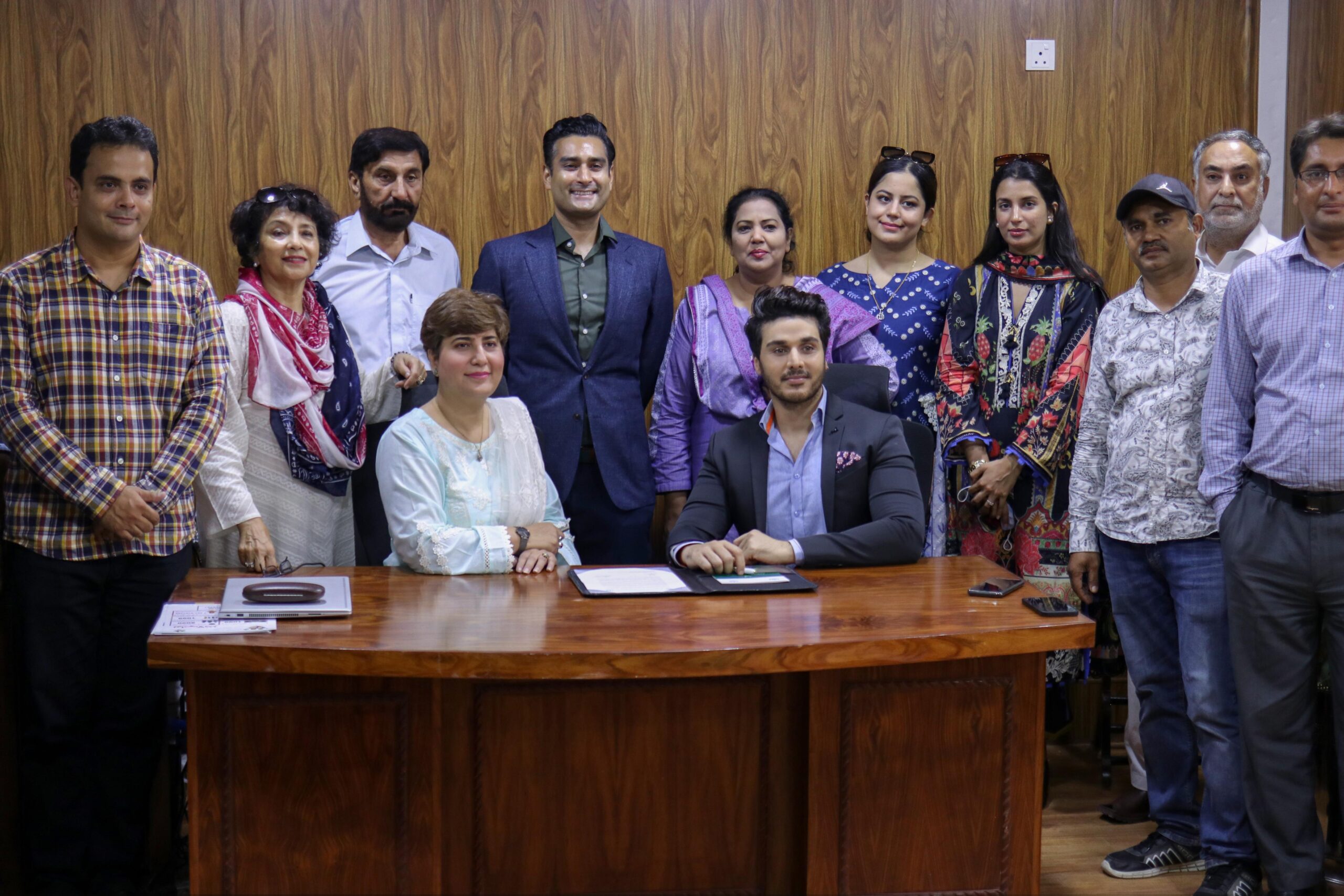 Executive Director and Senior Key Expert HeP Seema Jaffer said that the partnership between NCRC and Ahsan Khan would help create awareness on key issues that affect our children.

“We have seen that public figures can be a powerful and effective voice in advocating child rights and making a difference in the lives of every girl and boy.”

Constituted on the February 28, 2020, under the National Commission on the Rights of Child Act (2017), NCRC has a broad mandate of protection and promotion of child rights in Pakistan.