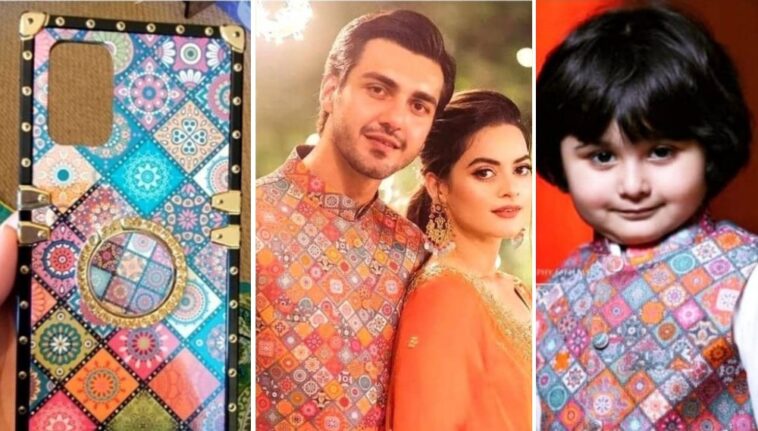 Actor Ahsan Mohsin Ikram and Minal Khan set social media abuzz with their dholki celebrations at home. While everyone showered love on the cute couple, fans trolled Ahsan and his multi-colored waistcoat. 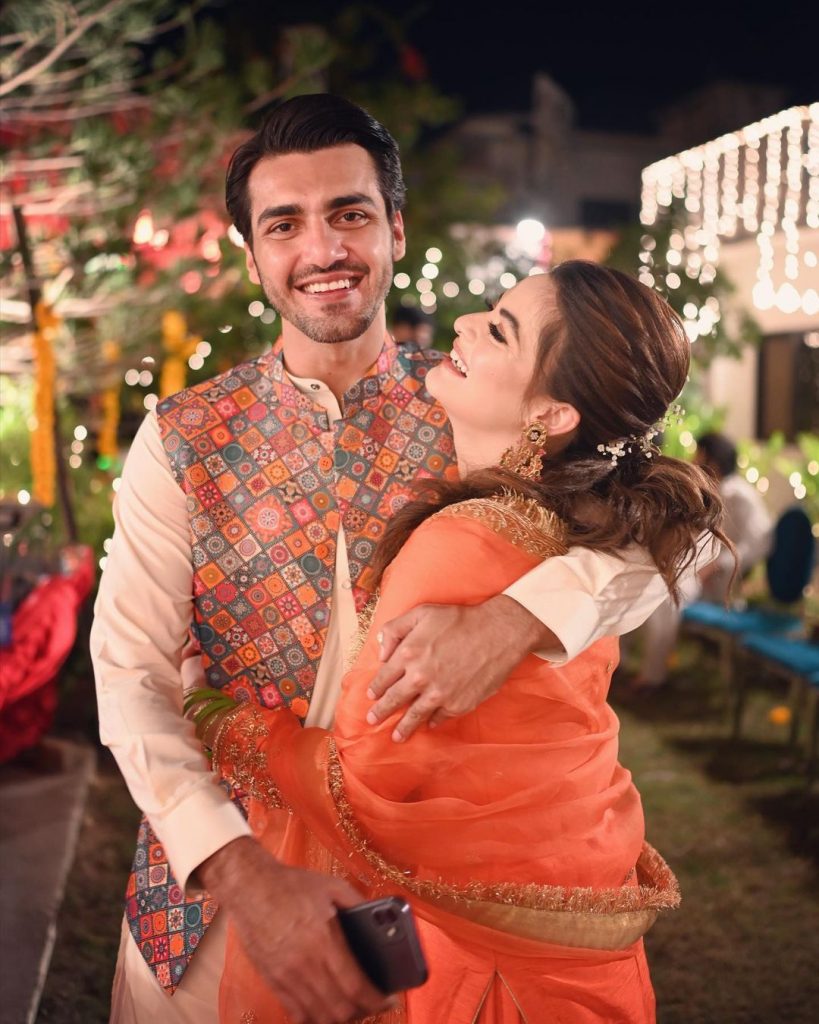 The wedding festivities of Minal Khan and Ahsan Mohsin Ikram are officially underway. The couple kicked off the wedding shenanigans with a vibrant dholki with friends and family. The lovebirds are set to tie the knot this week 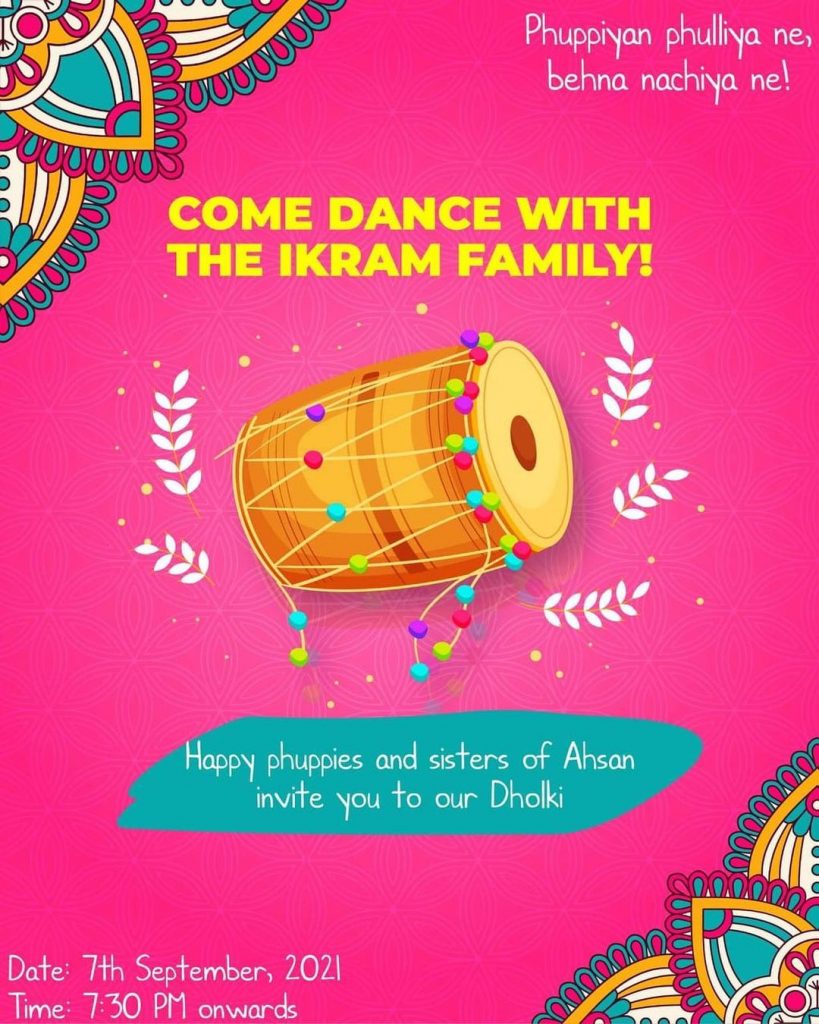 The dholki took place at Ahsan’s house on Monday. Ahsan and his father took to social media to share coverage of the event preparations. Minal and Ahsan’s family, along with their friends turned to Instagram to share exclusive clicks and videos from the event. 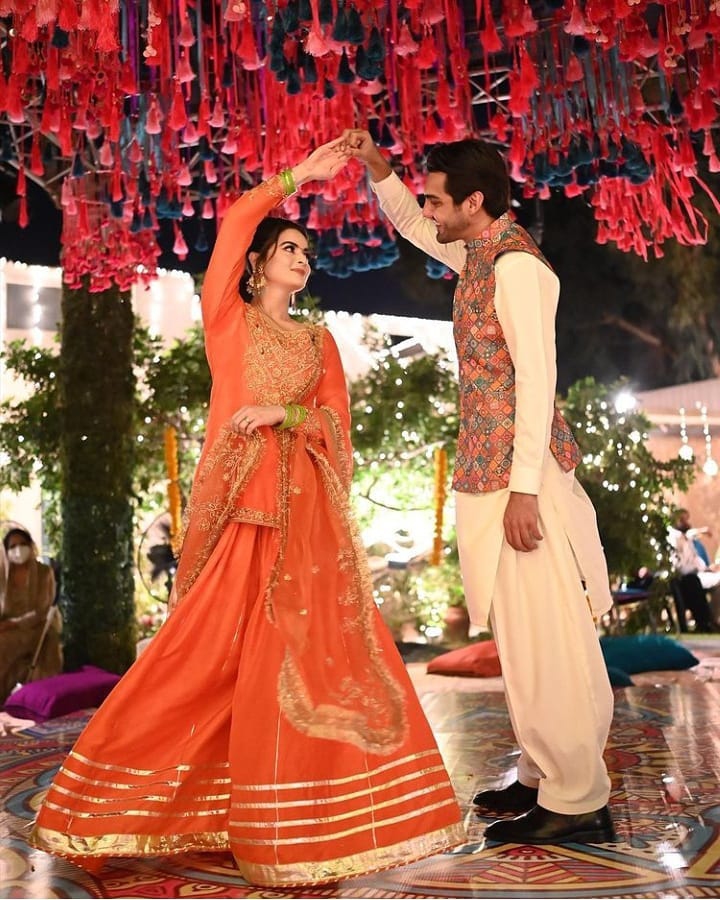 Fans love the couple’s romantic clicks together. While Minal Khan dazzled fans in a beautiful orange ensemble, Ahsan Mohsin wore an off-white shalwar kameez with a rather “interesting” waistcoat. Netizens couldn’t help but notice that they have seen the waistcoat design before. 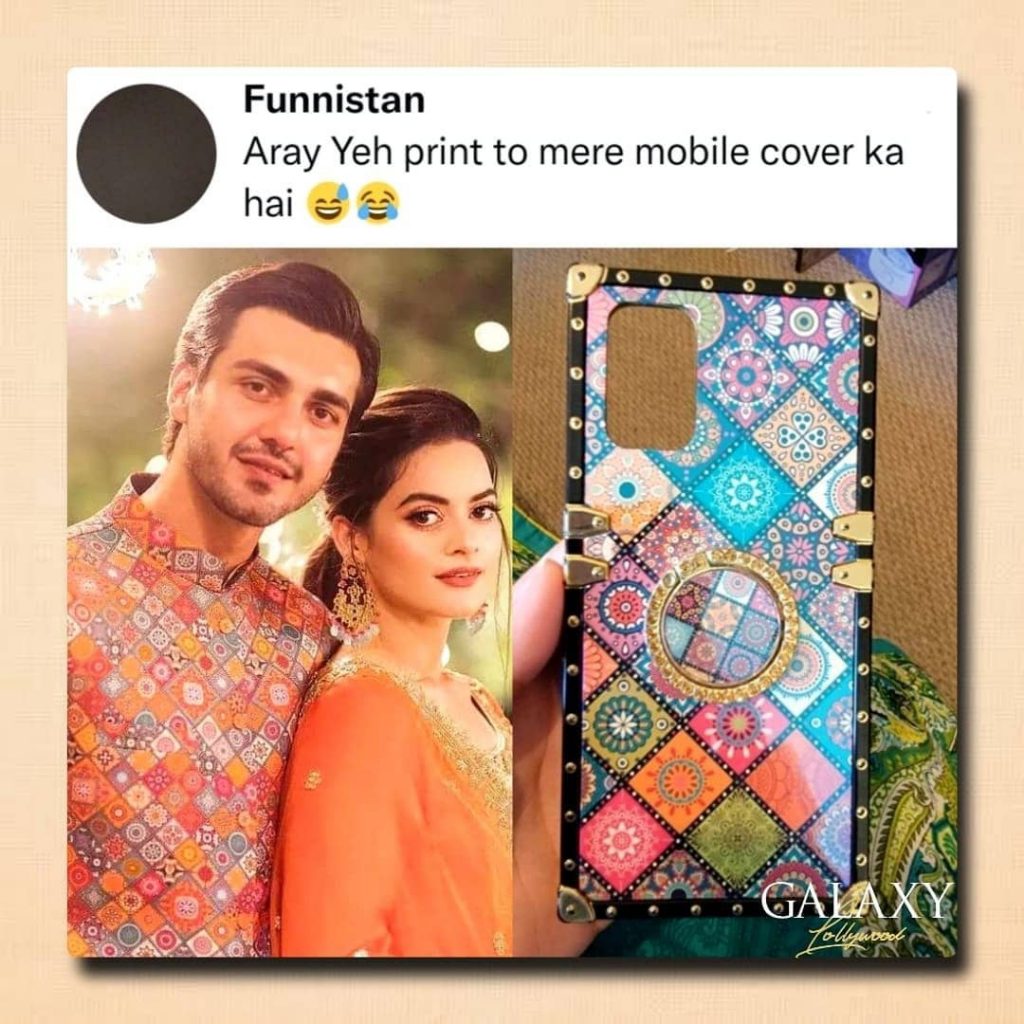 Pretty soon, Ahsan’s multi-colored waistcoat became a meme on social media. One netizen pointed out that Ahsan had to ask for an XXL size for the waistcoat as the waistcoat is for children. 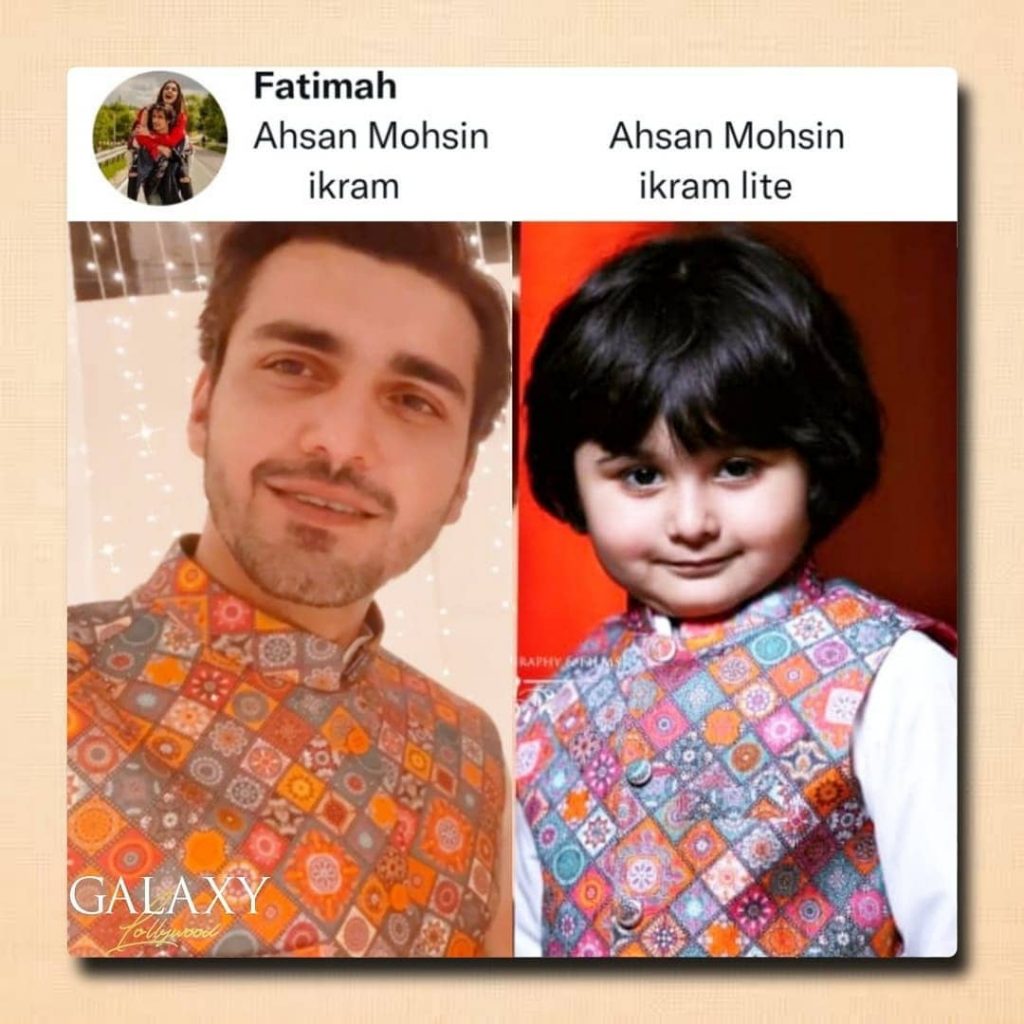 Here are some other hilarious references to Ahsan’s multi-colored waistcoat. Check it out!

It is always nice to see the internet come together to make everyone laugh. Let’s hope Ahsan updates his wardrobe for the next event. What do you think about his multi-colored waistcoat? Let us know in the comment section below. 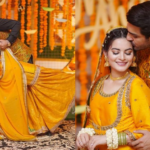 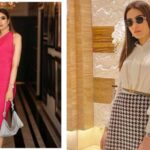