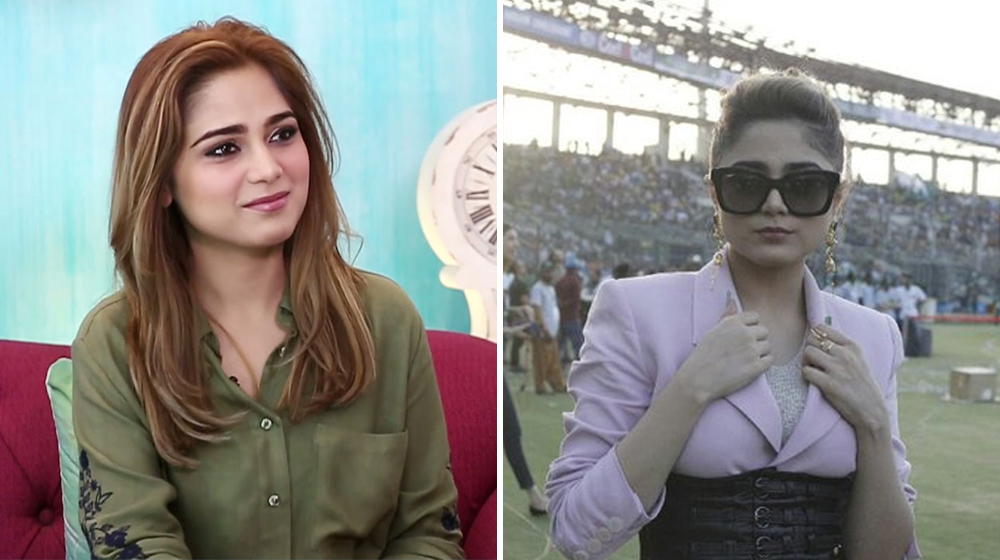 As we all know Samina Peerzada likes to dig deep into the lives of celebrities appearing on her show. And when the very talented singer of our music industry —Aima Baig— appeared on her show, she just did what she does to everyone.

The whole thing started when Aima Baig started talking about how everyone in her family is linked to education. But she decided to do something different and that was the time she stepped into the music industry. Samina Peerzada then quizzed her about being offered an role in a drama or film.

Aima Baig revealed that she has been offered roles in films quite a few time but her hectic schedule didn’t let her consider these offers. The “Do Bol” singer went on to add that she spends most of her time in traveling for her concerts. She further stated that it’s difficult to do gloomy and romantic scenes in front of the camera.

That’s when Samina Peerzada asked the question we quite wonder about our favorite celebrities. Samina asked,

“Have you ever been in love?”.

Aima replied that it is very often to develop crush on someone. When quizzed about who was her first crush. The 24 years old singer replied that it was back in the teenage days when she developed a crush on her brother’s friend.

Aima Baig further added that she has had crushes on Hollywood celebrities but never on any Pakistani celebrity. However, she says there’s recent crush in her life right now.