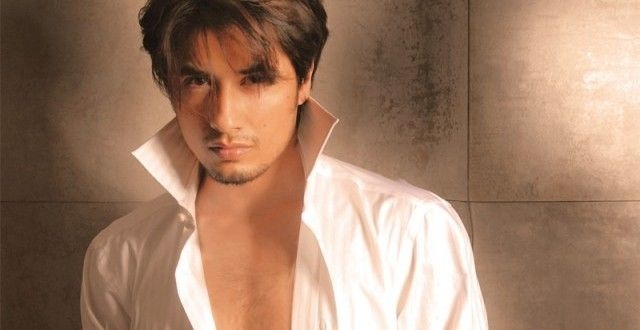 The Eastern Eye has released their Sexiest Men of Asia 2018 list and Ali Zafar has become the Pakistani to rank highest on the list till now at eighth place.

Last year the singer and actor came in at 12th place. But this year at eight position, this is the highest that any Pakistani man has ever ranked.

Seems like this is a year of firsts for Ali Zafar as the film actor had only been cast in Bollywood flicks till this year’s Teefa in Trouble, his first Pakistani film.

The Britain based and predominately Indian-owned weekly publication Eastern Eye’s release this list of hottest Asian men annually and the lists are dominated by Bollywood’s finest.

Surprisingly this year the winner’s spot was taken by not one single handsome hunk but an entire band of boys. Korean boy band BTS took the crown. The boy band put K-Pop on the global band particularly with collaborations with American DJ Steve Aoki with Mic Drop.

As for the 2nd best, Indian television actor Vivian Dsena came in as the runner up. The Shakti Astitva Ke Ehsaas actor has Indian hearts on their sleeves with his role of a brooding and intense hero.

Third place was taken by a Bollywood’s Shahid Kapoor. Fourth place came as a surprise as British singer Zayn Malik took the spot.

Coming in fifth was another Bollywood heartthrob Hrithik Roshan.

Indian television stars seem top being scoring big with Mohsin Khan from Ye Rishta Kya Kehlata Hai in sixth place. Coincidentally Mohsin’s co-star and love interest in the television serial Shivangi Joshi also made it onto the Eastern Eye’s list for hottest Asian women. Shivangi came in fifth place on the women’s list while also being the youngest woman on the list at age 20.

Eastern Eye’s full list hasn’t been released yet and its disclosure is expected tomorrow.

The outlet’s Sexiest Women of Asia 2018 saw Pakistan’s Mahira Khan in fourth place, with Deepika Padukone being the list topper followed by last year’s winner Priyanka Chopra. Sanam Saeed also made it into the ranks as Editor’s Choice for 2018.

The richest celebrities list from the magazine also made quite a hoot with Deepika Padukone being the first female to make it among the top 5.