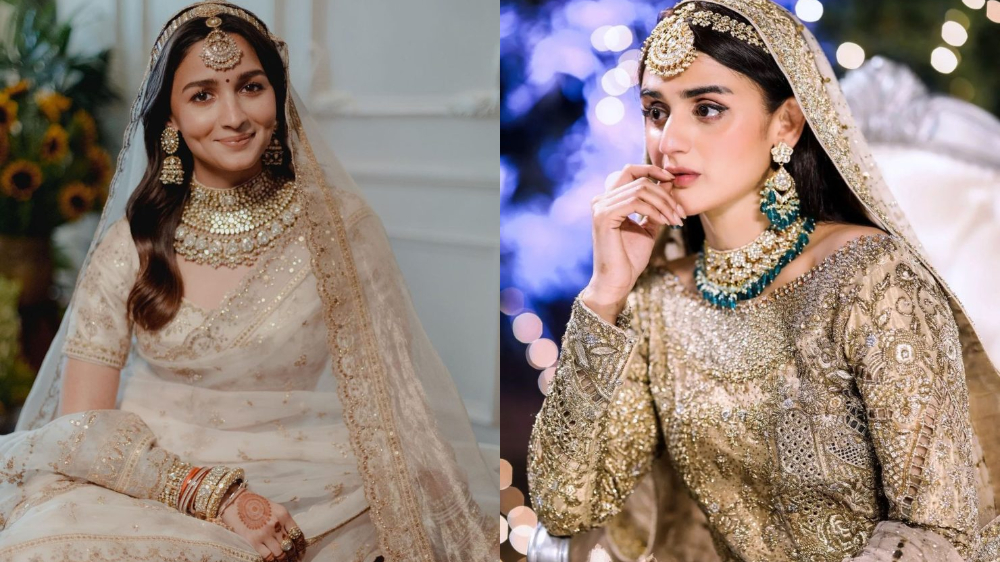 Internet calls out actress Hira Mani for copying Bollywood actress Alia Bhatt. Netizen make fun of the Kashf star for her bridal outfit that is almost identical to the one worn by the Indian actress. 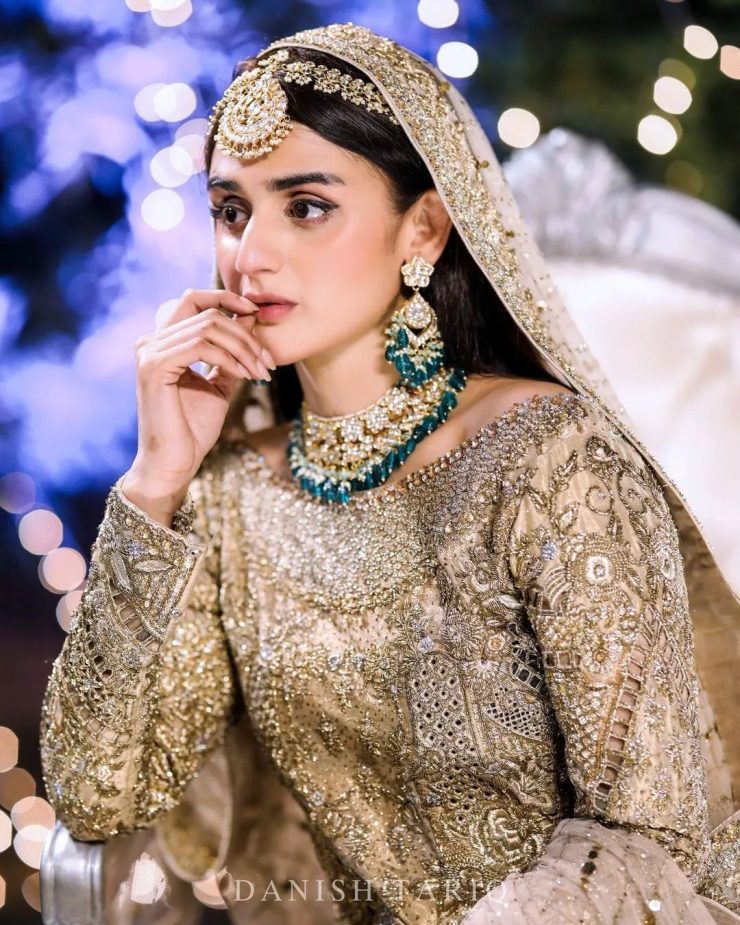 Hira Mani is a popular figure in the Pakistani showbiz industry, starring in several hit drama serials over the years. Recently, Hira Mani shared some bridal clicks from one of her upcoming projects. The photoshoot of the actress looks to be from a new drama serial. Here are some exclusive clicks of the Do Bol actress. Check it out! 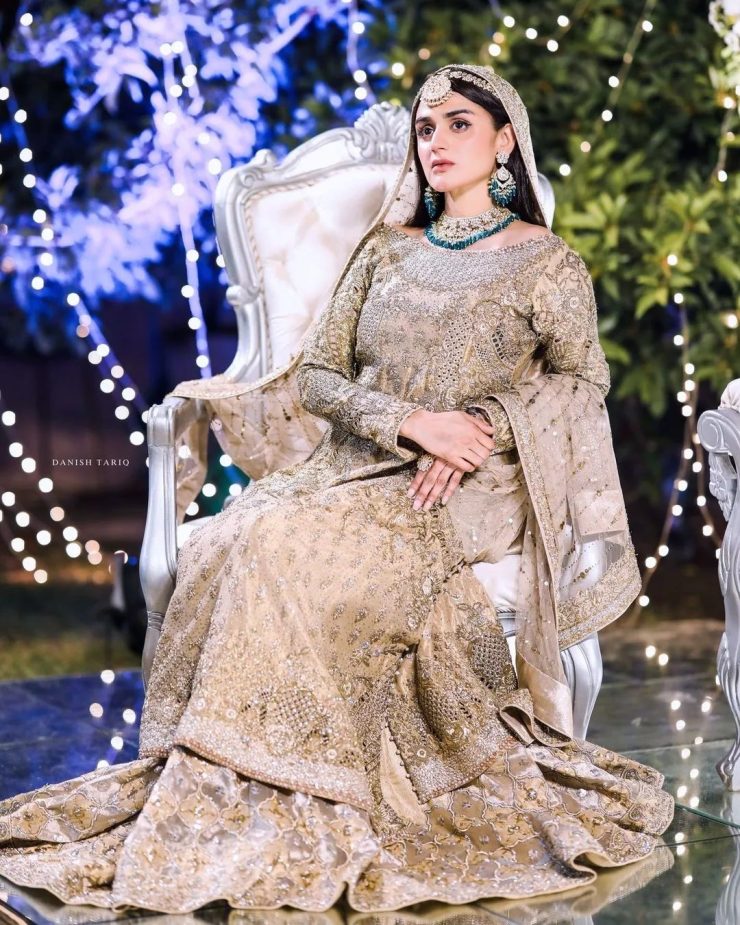 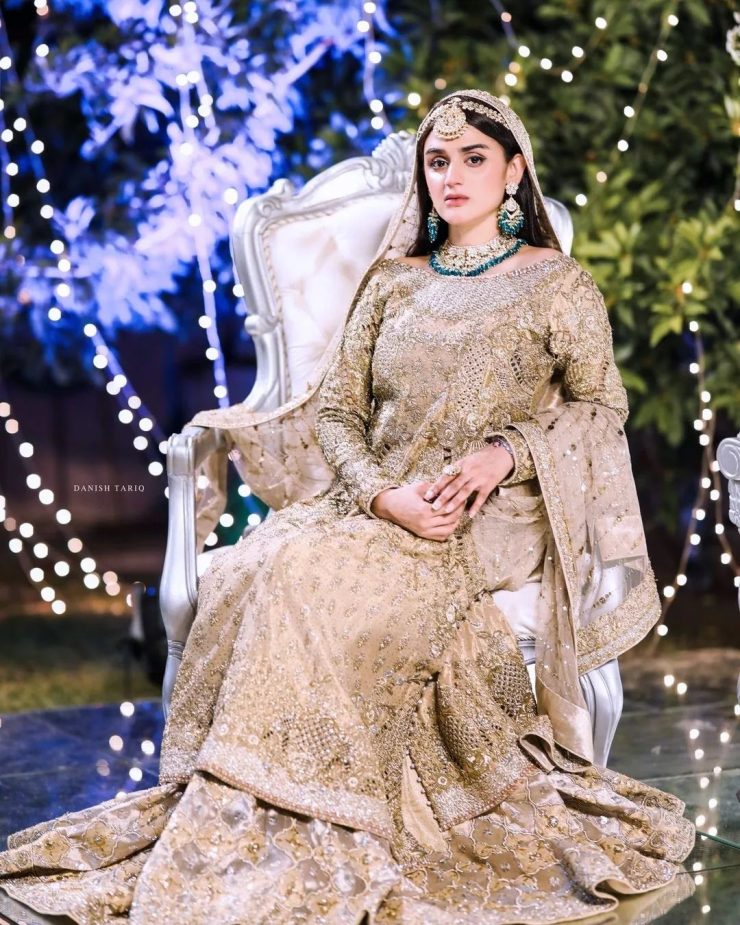 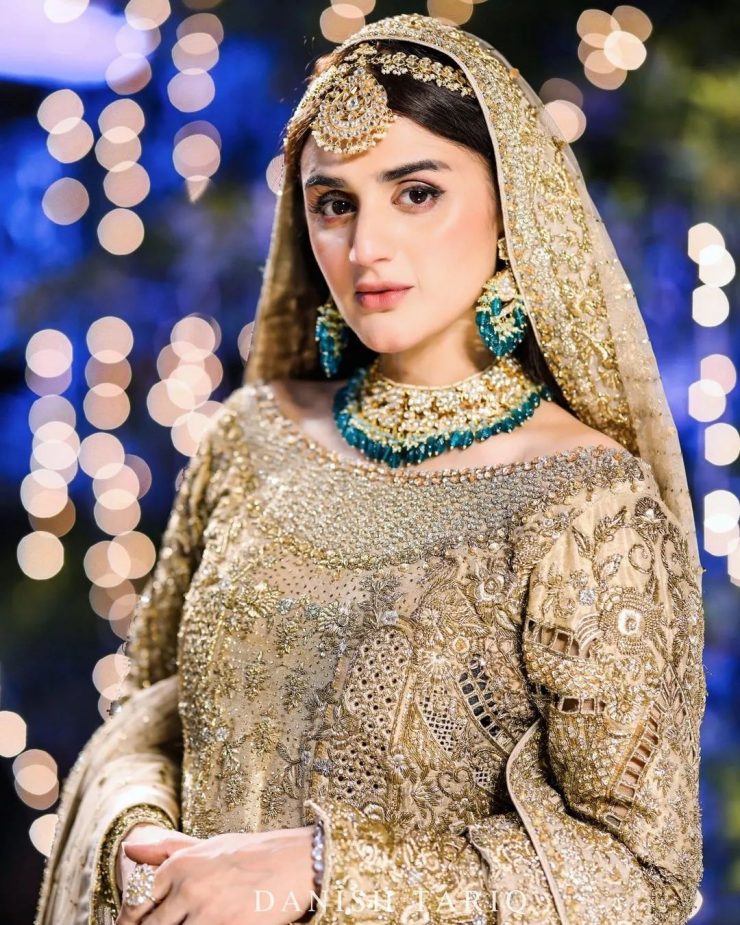 However, fans are not feeling Hira’s bridal look. Many people on social media think the actress drew “inspiration” for the look from Bollywood actress Alia Bhatt. 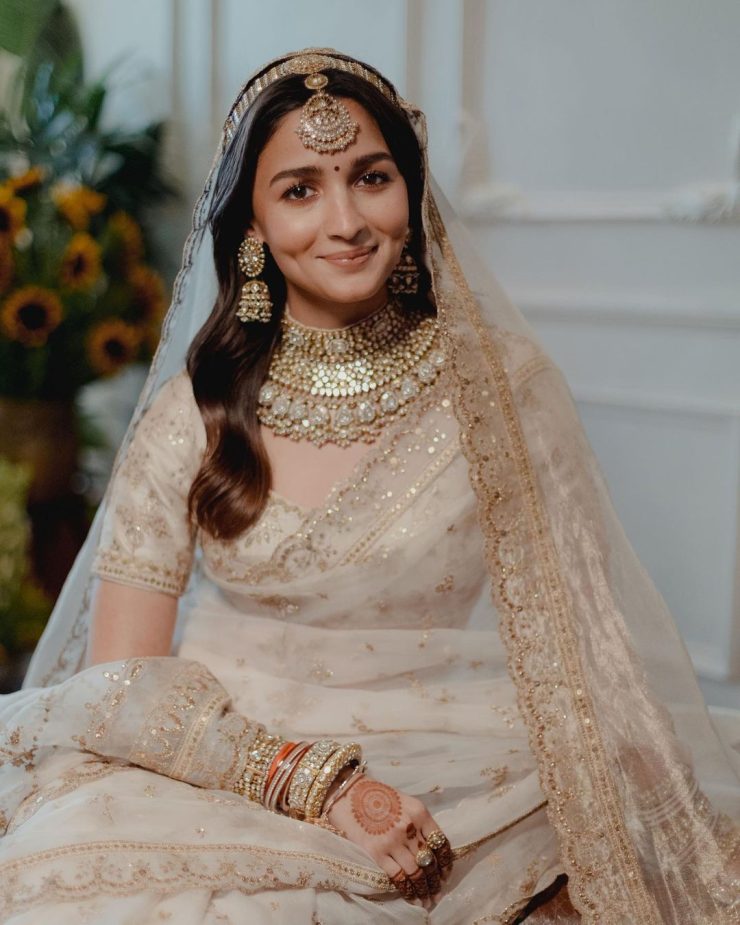 When comparing the two, it becomes more apparent that Hira Mani and her bridal outfit is almost an identical copy of the one the Indian actress wore. Netizens took to the comments to troll the Kashf actress for copying the Bollywood star. While others argue, that it just isn’t a good bridal look for her. Hira is already not getting a whole lot of positive attention on social media these days and this is another reason people found to troll her.

Here are a few comments made by social media users about Hira Mani’s recent bridal shoot. 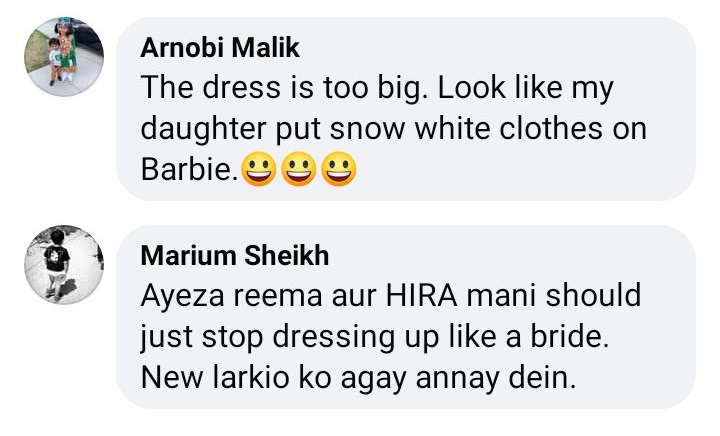 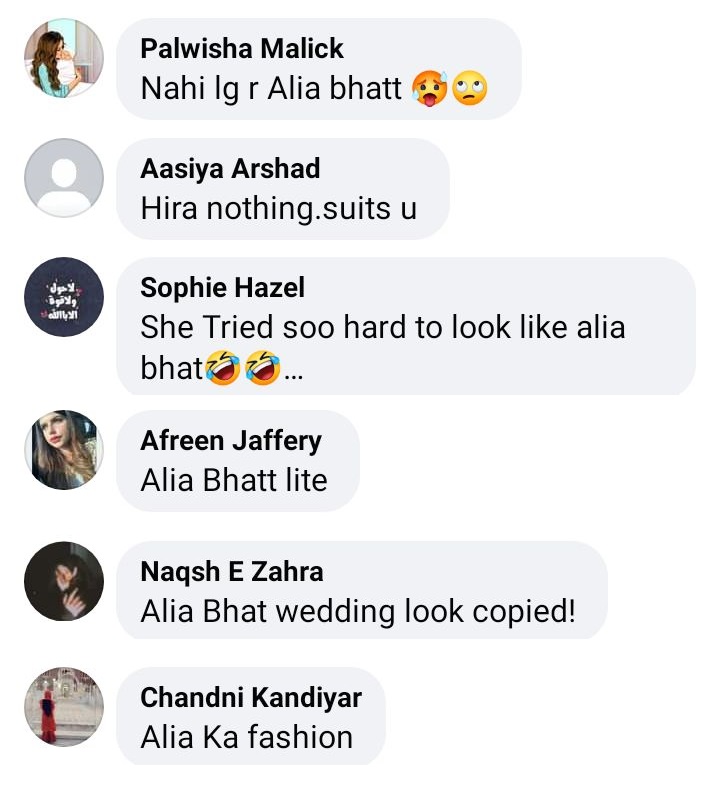 What do you think about Hira Mani and her bridal outfit, is it “inspired” by Bollywood actress Alia Bhatt? Let us know your thoughts in the comment section below.