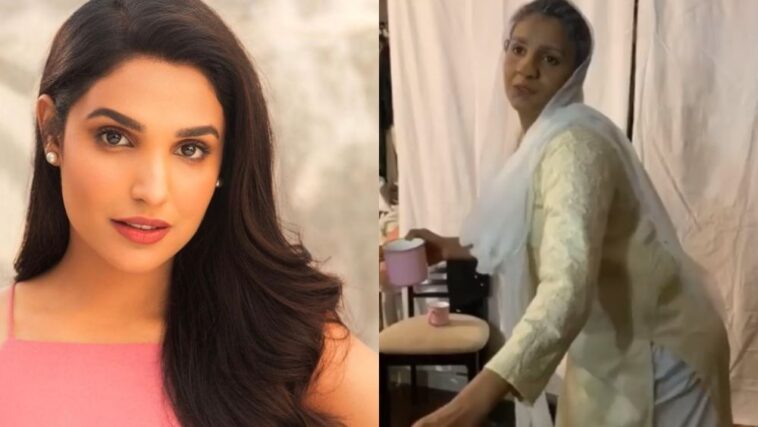 Amna Ilyas took to her Instagram account to post a video of herself dressed as an older woman. She can be seen hilariously shaking her backside.  But it seems like netizens are bummed out after seeing the actress twerk her bum like that. Have you seen her latest video? Keep reading to find out what it’s about!

Amna Ilyas made a smashing entrance in the entertainment industry – as an actress – with the role of Rubina in the movie Zinda Bhaag. She won the ARY Film Award for Best Actress Jury for her role in the Punjabi drama film.

Before making her debut as an actress, Amna was already a well-known Pakistani model. She won the Best Dressed Female award at the Lux Style Awards in 2011. The following year, the 33-year-old won the Best Female Model award. 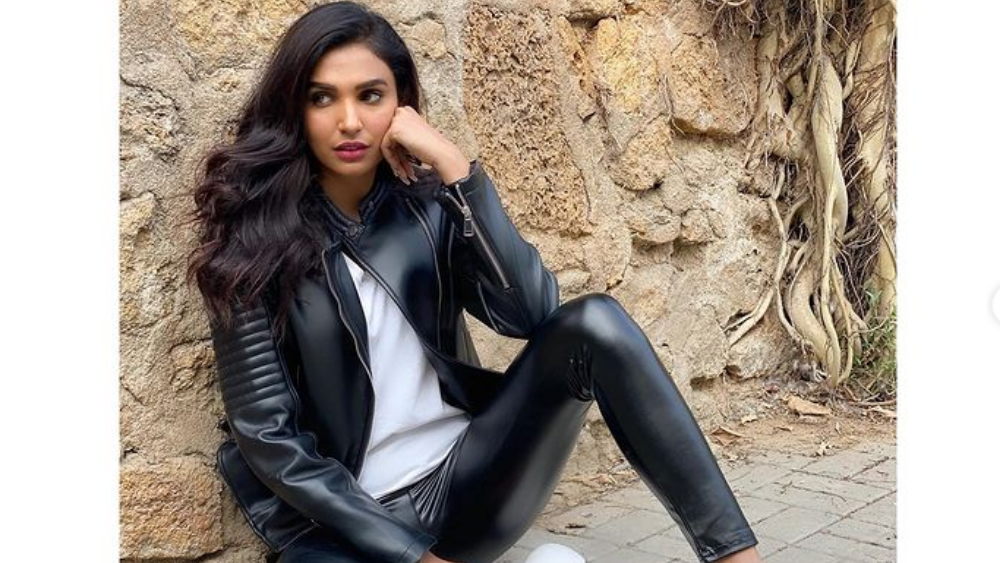 Now, Amna has become a household name and has garnered a huge fan-following on social media. On her Instagram account, the star has over 582 thousand followers. She keeps her fans and followers updated on a regular basis with new pictures and videos.

However, her latest video seems to have created a frenzy on social media. Amna Ilyas shared a hilarious video of herself dressed as an older woman. In the clip, she can be seen dancing to Cardi B’s WAP.

Well, the song in itself isn’t for us, but netizens are more offended by her actions. Some are saying she is disrespecting the attire. And others believe she posted the video for attention. Many still are in fits of laughter.

Before we get into the reactions, let’s take a look at the video:

Let’s take a look at some of the reactions posted by the Jhanka Taaki actress’s fans and followers: 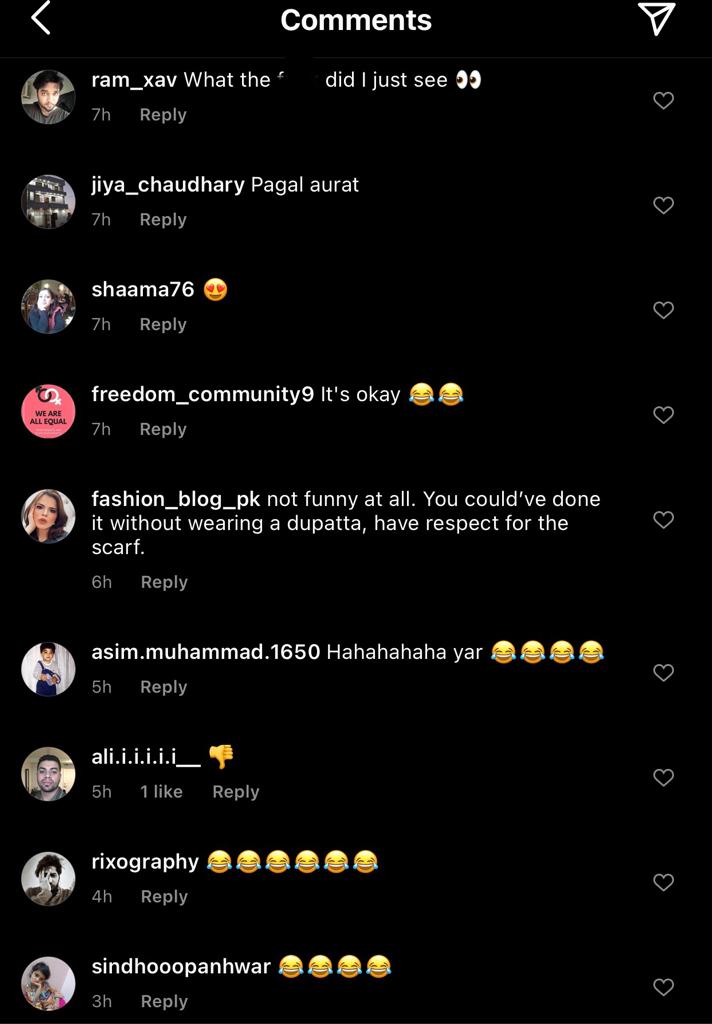 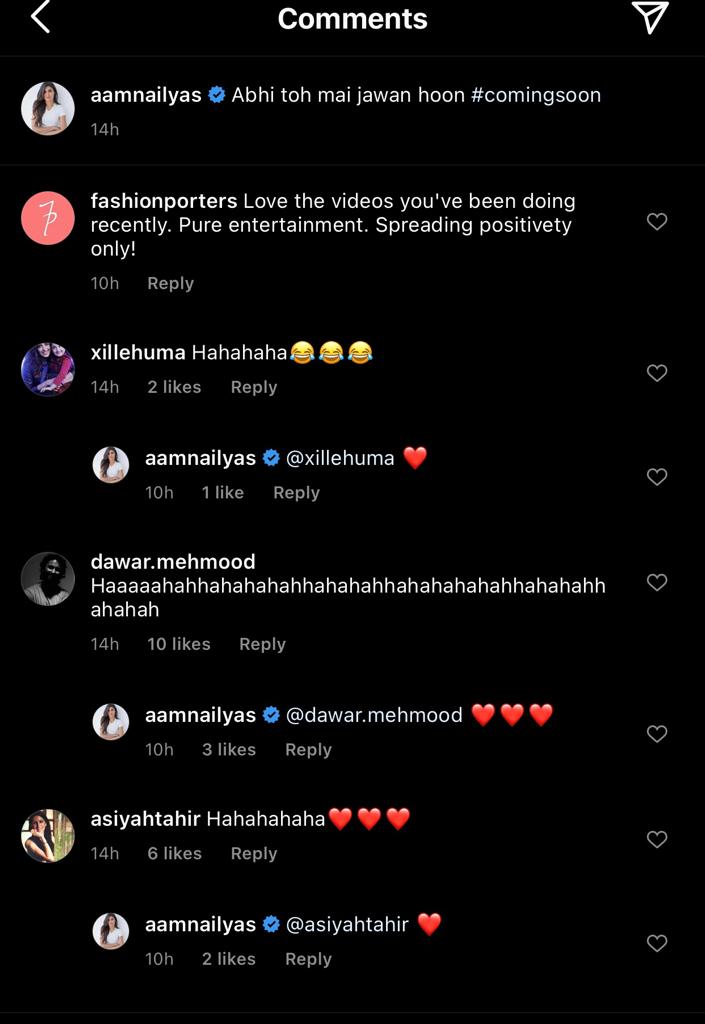 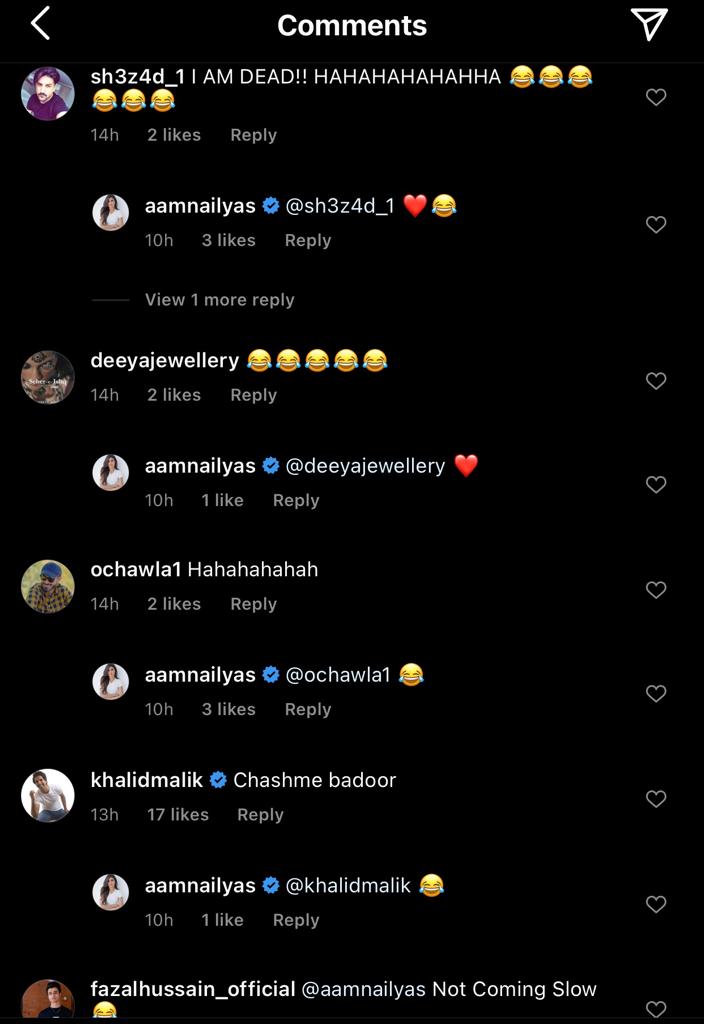 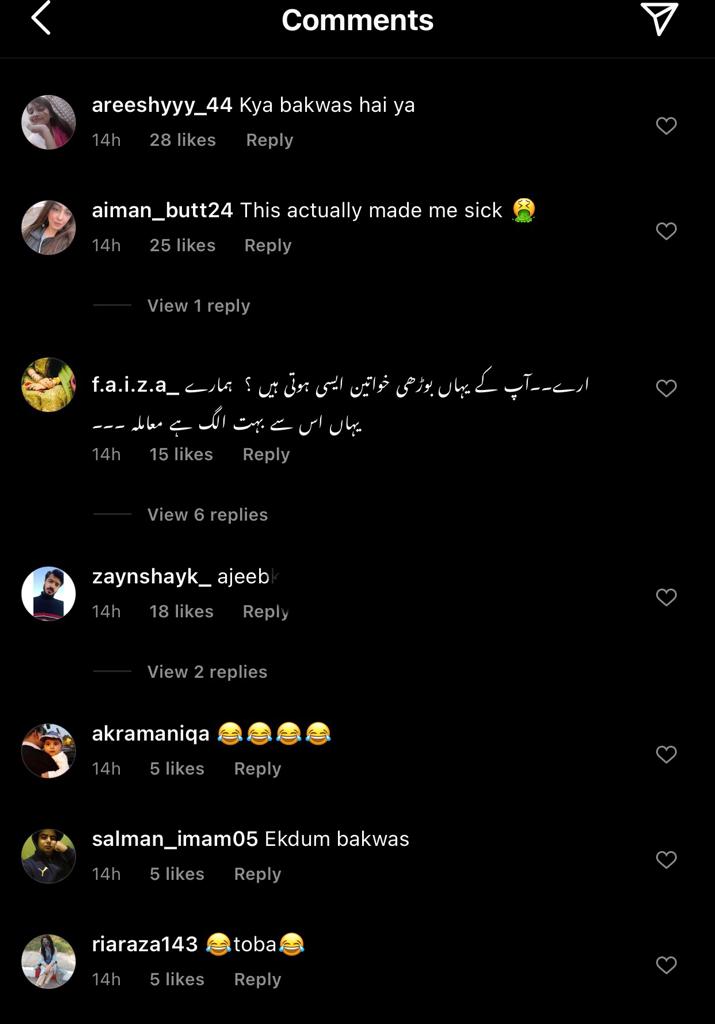 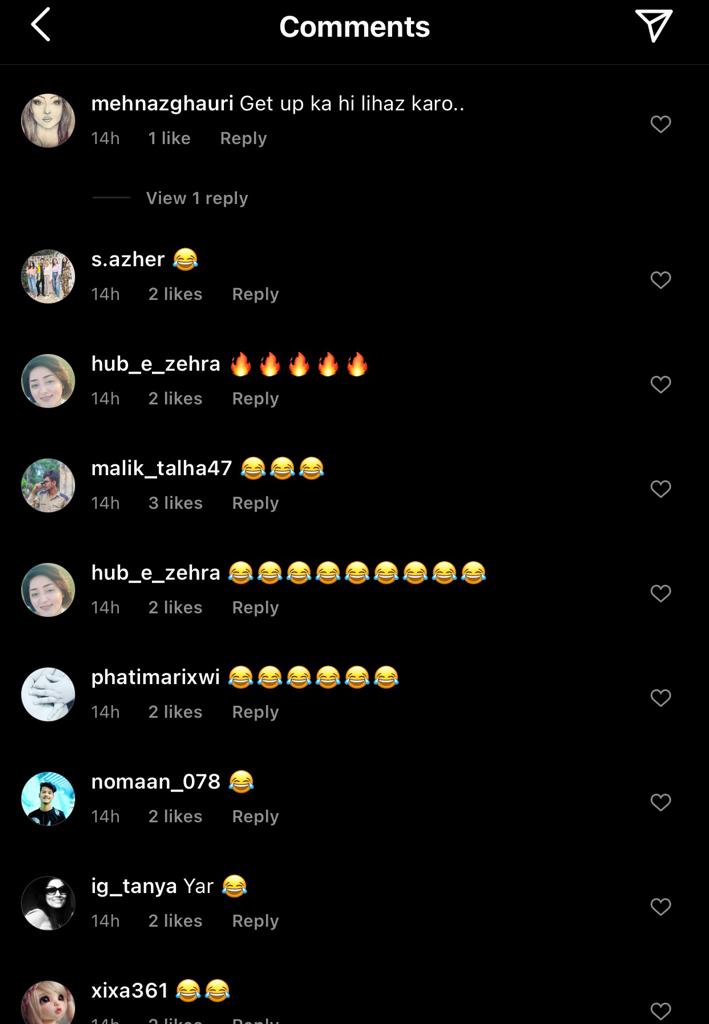 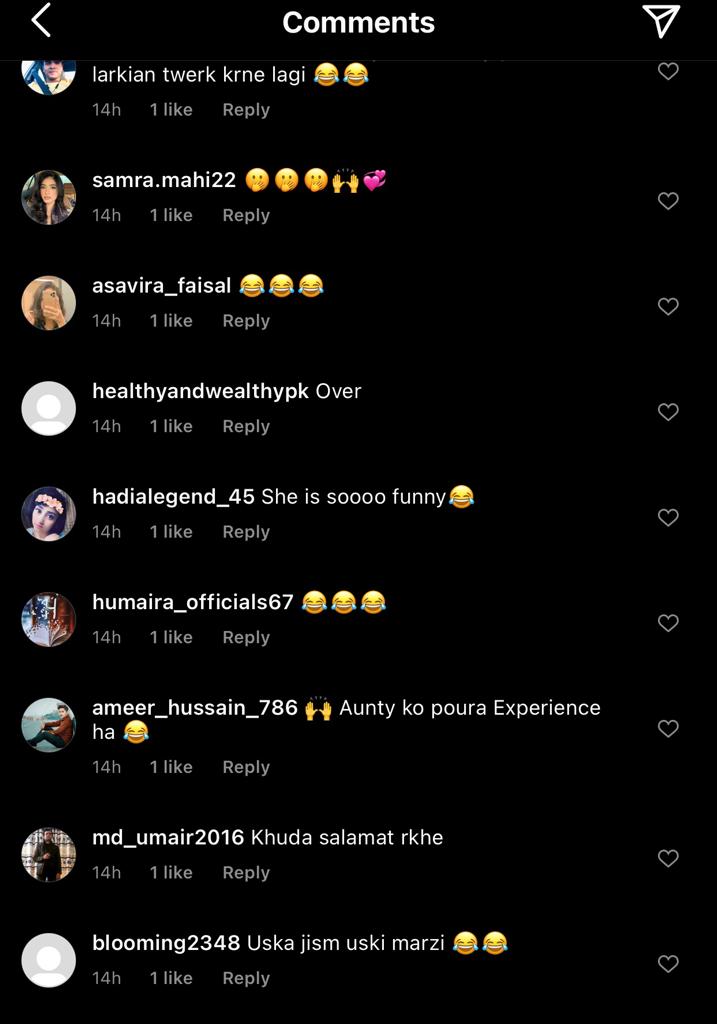 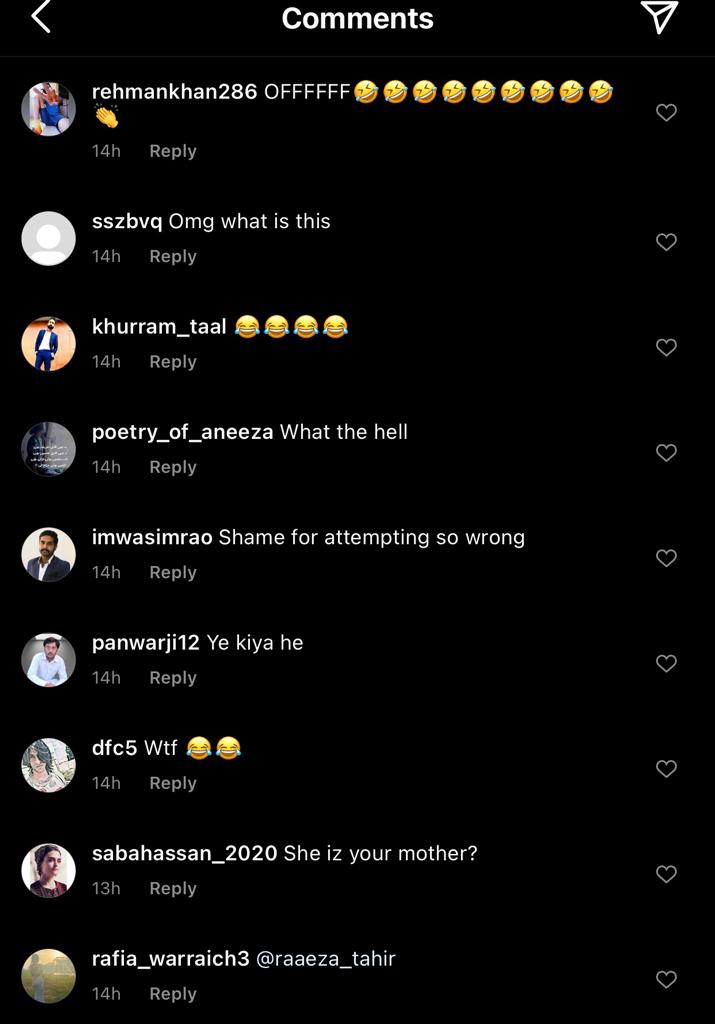 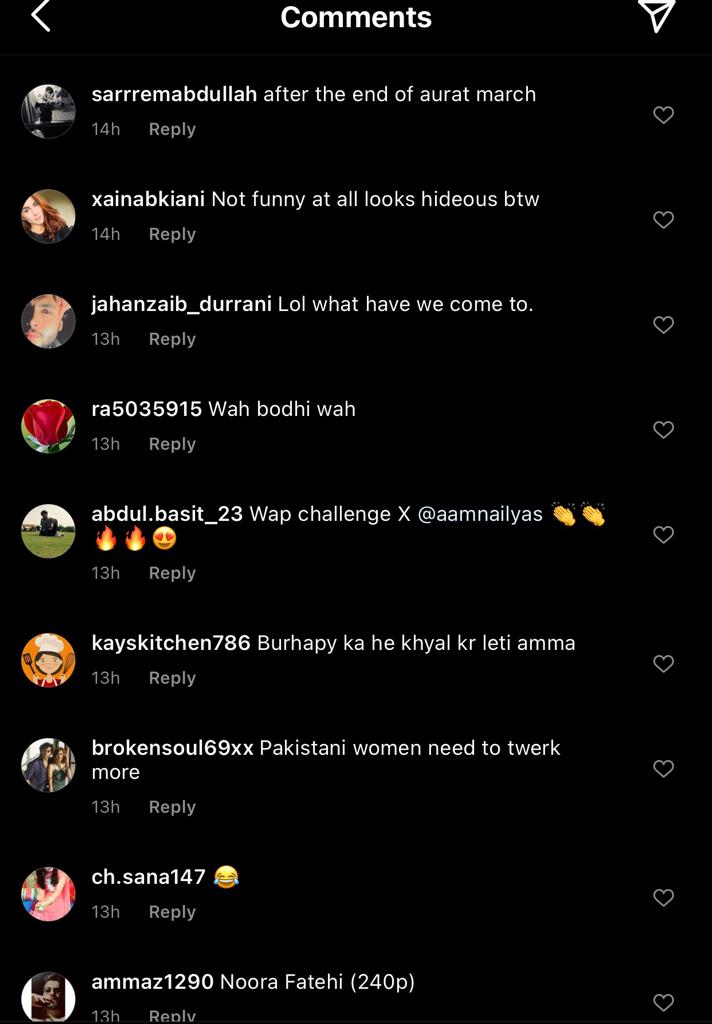 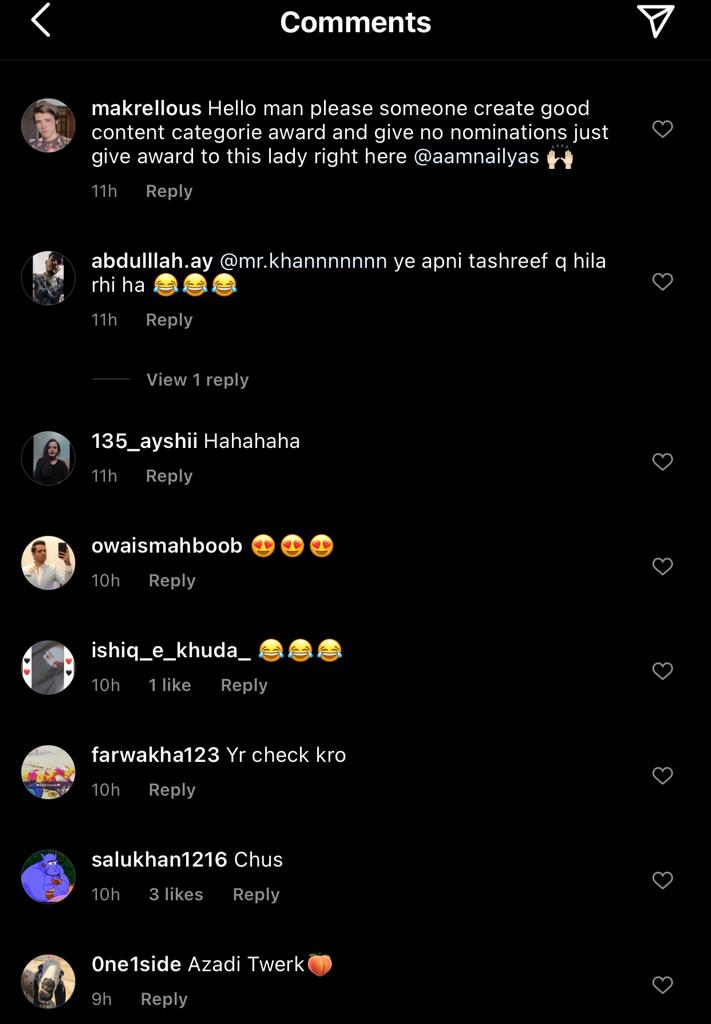 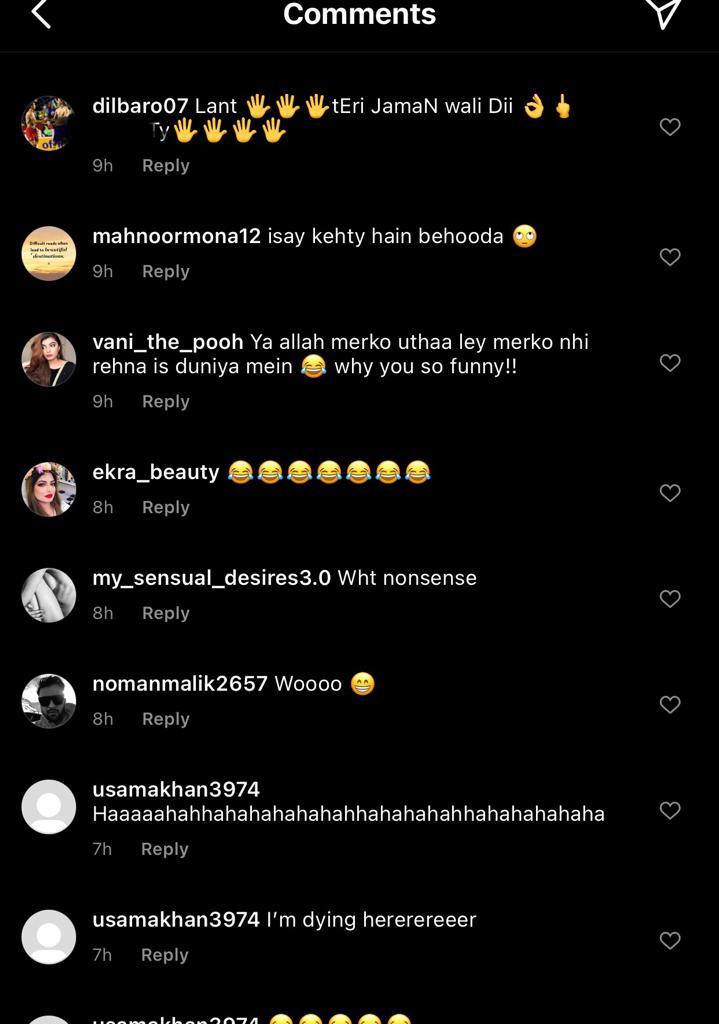 What do you think of this video posted by Amna Ilyas? Share your views in the comments section. 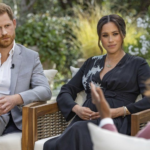 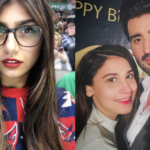