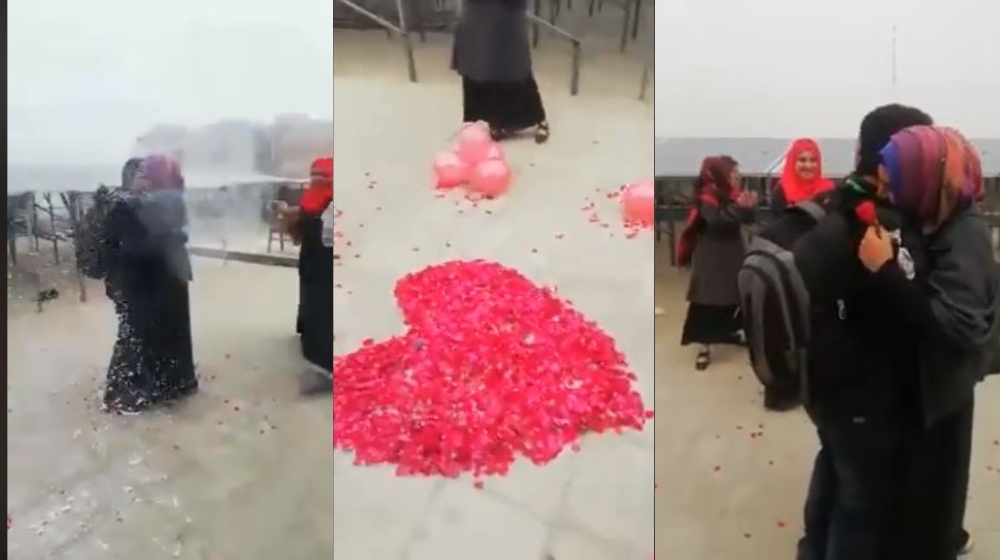 Just days ago, two students from the University Of Lahore were expelled for hugging in public. The public display of affection came after, a young lady proposed to a guy and he accepted. Now another university proposal has gone viral!

The happiness of love winning was short-lived after videos of the grand university proposal went viral, and the University of Lahore administration took notice.

That incident of expulsion sure isn’t stopping love as another viral proposal takes the Internet by storm. In the video, a couple from another Pakistani university is seen hugging after the girl says yes. The key difference being that this viral couple took the traditional route with the man getting down on one knee to pop the question.

Additionally, this couple opted not to create a public spectacle with just friends around to film the proposal. The young man can be seen extending a rose to the girl, as he bends down on one knee. As the girl says yes their friends erupt with cheers and shower the duo with snow spray.

It seems one of the friend’s had been filming the proposal all this while.

In the previous viral proposal, the female university student is seen getting down on one knee to pop the question. When her boyfriend says yes, the couple can then be seen hugging as onlookers cheer them on. So how did they end up getting expelled? The UoL said the pair had acted ‘in violation of university rules’. Which rules were not specified?