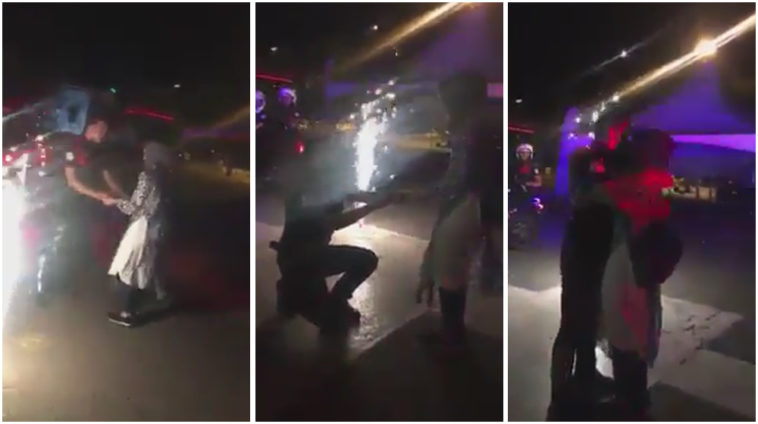 With our recent trend of over the top marriage proposals, everyone’s basically just borrowing each other’s ideas. Until a policeman’s proposal went grande without being tacky.

How do you go grand without making it look like an empty monetary gesture? This officer of the law just cracked that case.

The anonymous policeman’s proposal was original, custom, unique, and most of all an extension of himself. If this doesn’t have you pining for #couplegoals, then nothing will.

How the Proposal went down

In the video, we can see some policemen on their service vehicles circling a couple. Besides the couple, sparkling candles were also set off.

The girl seems confused at first until our man in uniform gets down on one knee and brings out the ring. While we can’t see how big the rock is in the dark video, but it’s really the sentiment that counts.

With all that, of course, she said yes. Once our policeman’s leading lady says yes, we see the two embrace.

The now engaged lucky lady’s friends can also be seen in the video on the sidelines. The girls’ squad is cheering and gushing over the policeman’s proposal.

Men directly proposing to their beau is looked down upon among the traditional old folks. Of course, that doesn’t stop anyone from going ahead and asking their girl first.

While we love sentimental gestures like these, and all our films and drama serials celebrate love stories, we’re just prude when it comes to real-life proposals. Unlike this one man, who just followed his heart.

Men in uniform already have a huge fanbase. This man certainly just did set the bar higher. 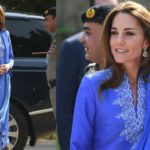 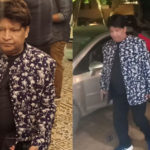