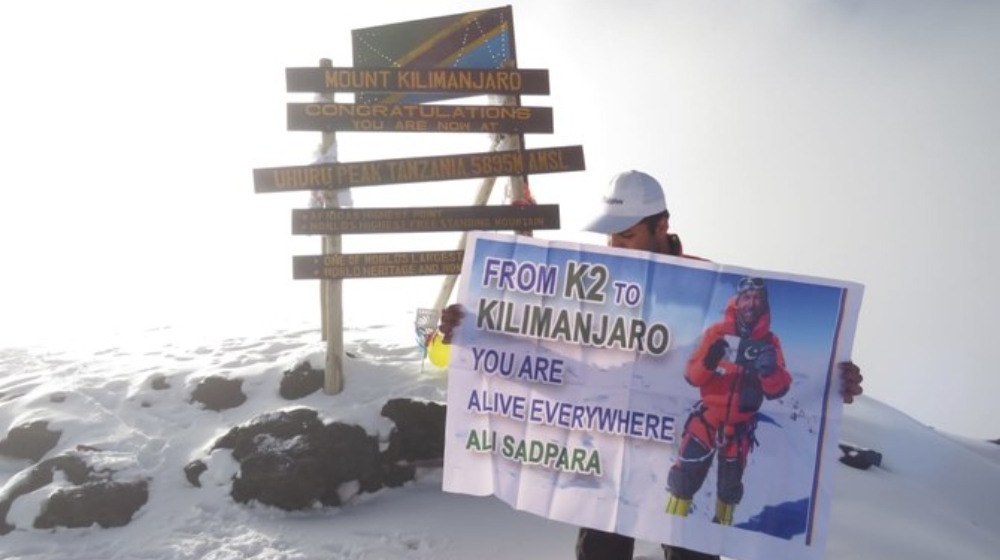 The 23-year-old mountaineer, ascended the tallest mountain top in Africa with hero Ali Sadpara in mind. He sets the record as the fastest Asian and Pakistani to accomplish the feat.

Feb 16 2021: Alhumdulillah, I became the only Asian & Pakistani to climb #kilimanjaro in less than 24hours.
It took complete 20hours to summit and return back to the gate.#kilimanjaro #pakistan #record pic.twitter.com/fICUJ2ilWN

The Inimitable Ali Sadpara: Man Who Sought to Climb K2

The climber told Arab News, how he had been carrying a photograph of the mountaineering hero in his ascend.

“When I reached the top, I had Ali Sadpara’s photo with me, … I wanted him to be there at the summit with me.”

Aside from having Ali Sadpara in his heart, when Asad finally reached the summit his first reaction was to bow down in ‘sujood’.

Revered Pakistani climber, Ali Sadpara and his team went missing while attempting a winter ascent of K2, the world’s second tallest peak. Despite rescue efforts underway the three team members have not yet been found.

Asad even reflected on his own difficulties in his ascent of Kilimanjaro. He shared how the climb back was hard for him in the dark with troublesome weather.

“It’s sad to see what happened, but that’s what mountaineering is like, … Getting to the top was easy, getting down was difficult.”

The Last Time Ali Sadpara Was Caught on Camera [Pictures]

Although the Pakistani climber didn’t initially intend on striving for a record, he is the first Asian to ascend the mountaintop in less than 24hours.

“I didn’t realize a record could be made here, … Then I found out that no one from Asia, let alone Pakistan, had summited Kilimanjaro in less than 24 hours. From that point on, I was truly motivated. I started training and left for the climb after three months.”