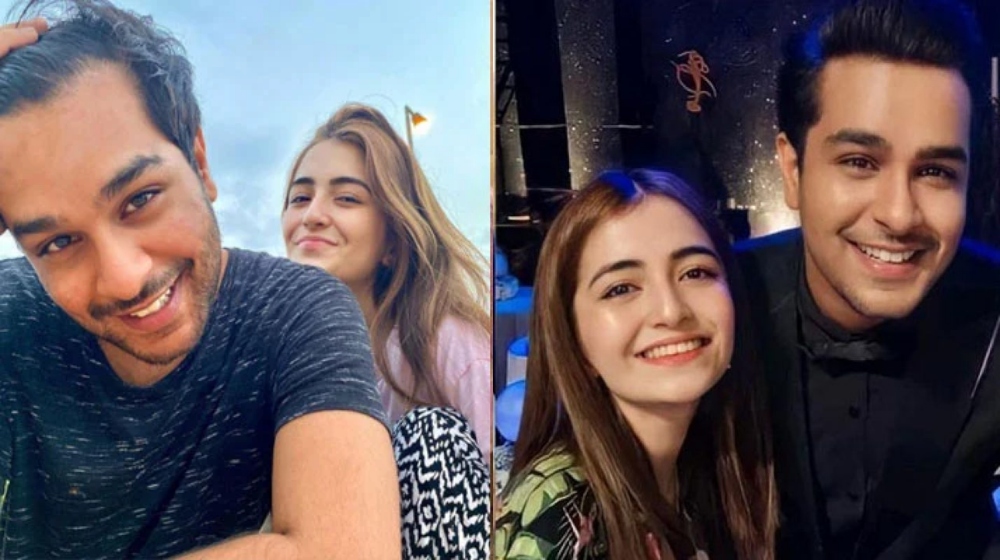 Celebrity duo Asim Azhar and Merub Ali are already teaming up on projects. Word is that the Pakistani singer and his fiancé are set to create a music video together.

Asim Azhar has been churning out his own music for a while now. The singer even has a band now. Meanwhile, his fiancé Merub Ali is a Karachi-based influencer. The influencer-cum-actress recently made her acting debut with the popular drama serial Sinf-e-Aahan.

ALSO READ
‘I Played The Love Of His Life, He Wanted More Projects With Me,’ Mahira Khan On Working With Khalil-ur-Rehman

Now she is set to be featured in her fiancé’s next music video for the song ‘Chal Jaan De’. The Yaariayan singer posted an Instagram post with Merub Ali announcing that the music video would be released soon.

In the sneak peak from behind the scnes of the music video set, we see our leading lady with a gun, and donning a camo shirt. Meanwhile, the singer himself is wearing a casual red flannel.

Coincidentally, back when Asim Azhar was rumored to be dating his Pyar Kahani costar Hania Amir, he also featured her in the music video for Tum Tum. Soon afterwards word of a rift emerged and the two were never seen together again.

The Jo Tu Na Mila singer Asim Azhar and Merub Ali took the internet by storm after they got engaged.

Merub Ali is still basking in the fame of her television debut with the drama serial Sinf-e-Aahan. She shared alongside some major stars including Yumna Zaidi, Kubra Khan, Syra Yousuf, Sajal Aly, and Ramsha Khan.