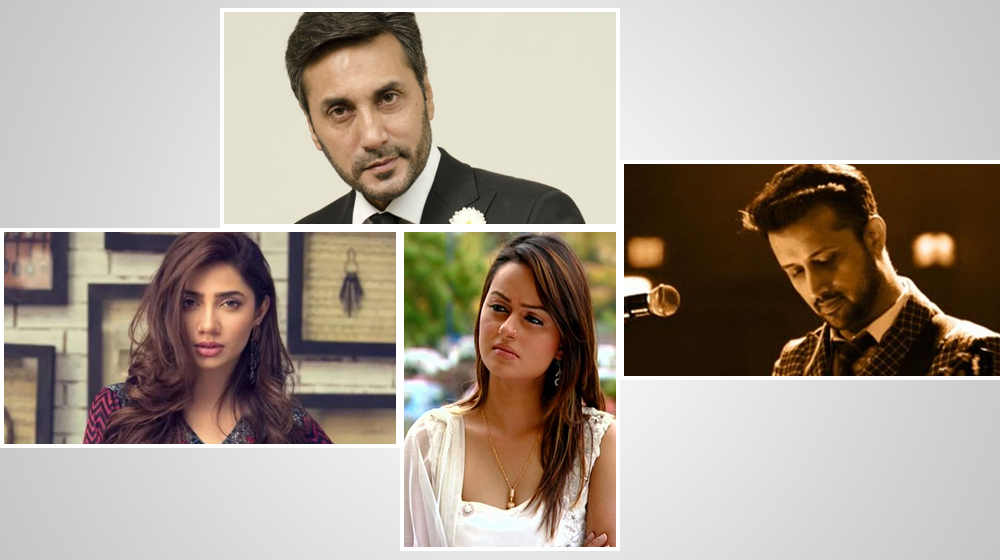 When private media channels first emerged in Pakistan during the early 2000s, actress Javeria Abbasi was on television screens everywhere. Since then she moved between modeling and acting and finally went on to keep an Instagram profile.

Javeria Abbasi is making headlines after years and it’s because of what she said recently.

Recently the Dil, Diya, Dehleez actress said that she thinks that singer Atif Aslam has gained a lot of recognition and fame but he doesn’t have a melodious voice.

If that wasn’t enough, she also thinks that Raees actress Mahira Khan is ‘just average‘ but she gets projects because of her looks.

Javeria Abbasi also listed Sadia Imam as her enemy but was tight-lipped on the details of their beef.

Meanwhile, the Najia actress thinks Pakistani actor Adnan Siddiqui is a ‘good looking man’ but he is not a good actor.

Oddly all three artists that Javeria Abbasi talked about made it big in Bollywood. There is an Atif Aslam single on almost every movie soundtrack (except when there’s a Pakistani artist ban we must add). His fanbase consists of hundreds from the ‘desi’ community all over the world.

Meanwhile, Mahira Khan shared the screen with Shahrukh Khan in Raees. While Adnan Siddiqui was paired up with Bollywood legend Sridevi in Mom.

Fans are irked by Javeria Abbasi’s opinion of these three artists. How is no one interested in the deets on Javeria Abbasi and Sadia Imam feud?

What else is Javeria Abbasi up to?

Mansoor Ahmed’s screenplay had an assortment of old and new stars in the mix.