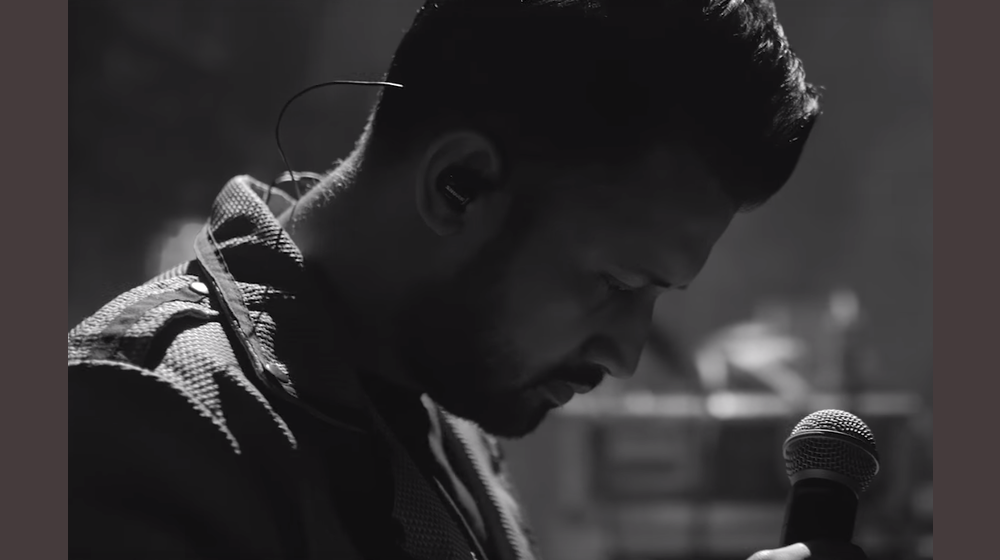 Atif Aslam released his new track at 12pm today as promised on Facebook.

The singer had previously teased that he will be launching a new song on Facebook, announcing the date and time of the track’s release 12pm on December, 12. As it turns out, the name of the song is also 12 Bajay.

Although the singer worked on the soundtrack of Batti Gul Meter Chalu and Love Yatri this year, he hasn’t made any non-commercial/promotional music since Yaad Tehari with Pepsi Battle of the Bands.

12 Bajay brings us back to why we fell in love with Atif’s music from the start, with a return of his trademark deep lyrics. The chorus ‘Ghar se Nikle Subh Kr k 12 Bajay’ (let the house like it’s the morning at 12) immediately lets you know that is one mellow track that makes for an easy listen.

The track asks us to mellow out, given how we all share like thoughts at 12am or lazy mornings at 12pm. However, the tone of the song quickly picks up from mellow strings in the beginning to a low bass alternative rock-like track.

The rock chorus is something the singer hasn’t tried before. Atif seems to be trying new things and having fun here and he largely succeeds in this respect. The singer captioned the video with:

Here is a song made purely out of my love for music. The same love that breathed life into my journey. The same love that resonates with all of you beautiful people. I took only that love when I entered sunset sound studio earlier this year and left everything else at the door.. I forgot about all the numbers and the views and all the pressure that comes with it…and just let it all out in the studio. If you can even feel 5% of what I felt while making this, it’s a success.

Even the video oscillates between a montage of Atif’s journey thus far to trippy dream sequences, in the form of animated graphics. The music video was directed by musician and film-maker Zeeshan Parwez.

Atif was joined in the studio by Zain Ali and Danish Khawaja on the guitars, bassist Sameer, drummer Alfred Peter D’mello and Arsalan Rabbani on keys and organ. They even threw in a violinist with Sharoon Leo, which is an interesting choice for a rock track.