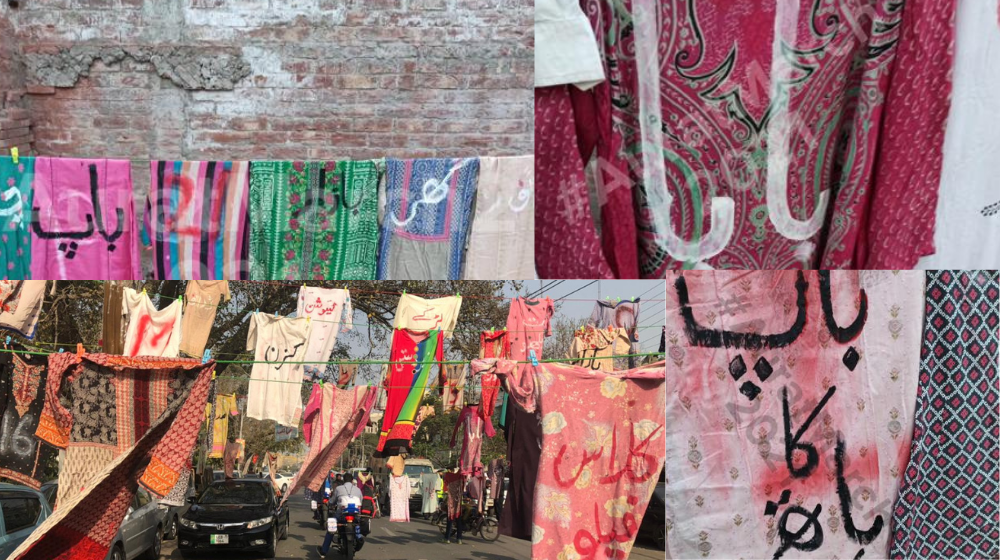 This year’s Aurat March in Lahore highlighted the many horrors of patriarchy in a rather bone-chilling and triggering way. #PidarShahikedhabbe (Stains of Patriarchy) was one such attempt by the organizers of the March. Powerful messages were written on clothing items to draw attention to some of the most bitter realities of our times.

What do the Stains of Patriarchy signify?

Clothes are an extension of a woman’s body. Therefore, they were symbolically used to highlight some of the most pressing issues of our times such as sexual abuse, domestic violence, and assault.

Organizers of the Aurat March tweeted that countless women suffer from various forms of abuse yet stay silent.

This year we present #PidarshahikeDhabbay, drawing attention to everyday encounters with patriarchy. It brings together accounts of real womxn and girls, mentioning the age, along with other details, at which they first encountered patriarchy.#PatriarchykaPandemic pic.twitter.com/IMP0gmx45X

An act of resistance

These clothes did not just entail stories of oppression but also of resistance and resilience. For many years women have faced these problems alone but now their silent suffering was finally given a voice. Such stories often remain hidden secrets and despite being extremely evident, women still choose to keep their mouths shut. However, through the platform of Aurat March, women were given the confidence to speak about these issues and raise their voices.

Today we talk about these hidden secrets, the stories that were once hidden in shame. It is now society’s turn to feel the shame. We cannot hope to change society without first confronting the worst parts of it.#PatriarchykaPandemic#AuratMarch2021 pic.twitter.com/xPJfvQNR3R

These images were not just moving but heart-wrenching too because for so long we have let thousands of women suffer in isolation.

These are real stories of violence, but also an act of resistance because we no longer carry the shame associated with these acts. The same is now society's. #PatriarchykaPandemic#AuratMarch2021 pic.twitter.com/6p5MdzShG1

Unfortunately, these weren’t stories of women belonging to a particular age bracket, rather every female. Young or old, a working woman or a housewife, mothers, sisters and wives, all have been silent sufferers for the longest time. They all have been a victim of patriarchy. 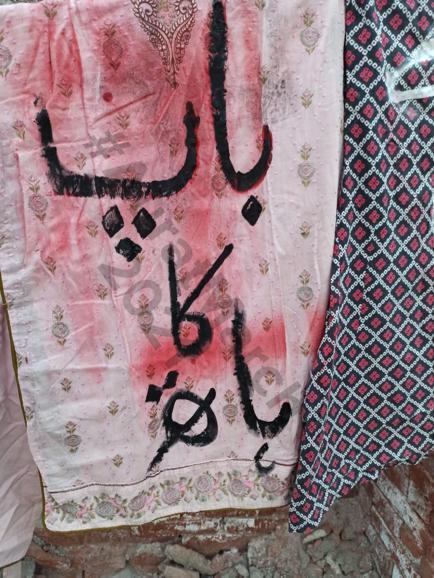 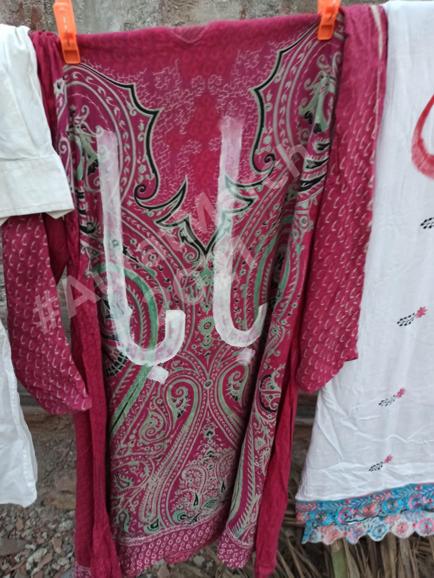 Incidents of sexual assault and violence have not just become common but are normalized too. This reflects on the regressive mindset of our society. Such crimes against women are spreading like a plague and not confronting the abusers means robbing innocent women of their justice. It is important that such issues are addressed not just on one particular day but throughout the year!