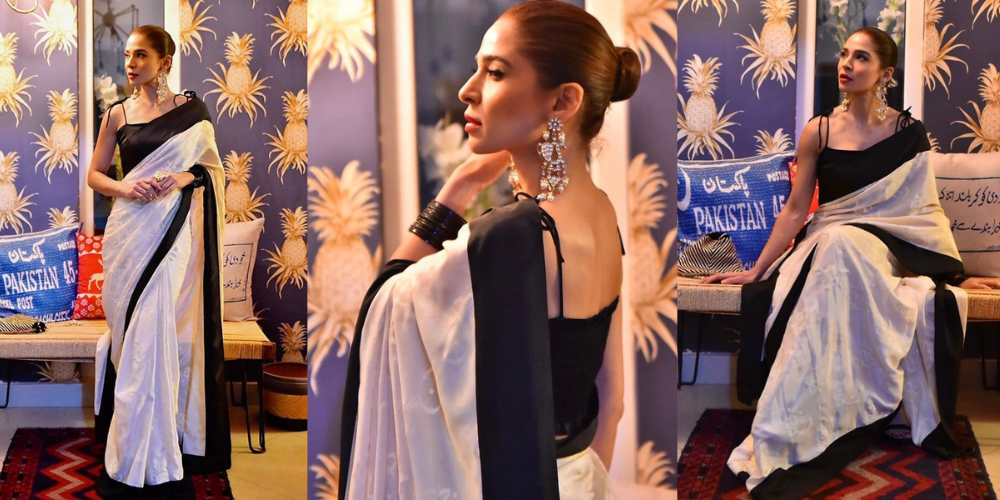 Ayesha Omar has been a force to reckon with ever since she made her mark in the fashion as well as drama industry. But apart from being a treat to watch on the screen, Ayesha has always been experimental with her sartorial ventures, without caring about netizens trolling her. The Bulbulay diva stepped out in a black and white sari that has left us star-struck.

The ultra-modern and voluminous sari is adorned with white etching details, a black blouse with spaghetti straps wrapped in a chic drape was a sight to stop and stare at.

With on-fleek brows, Omar rounded off this look with crimson lip color, nude-mascara-laden eyes, and highlighted cheeks with her hair tied in a sleek bun. 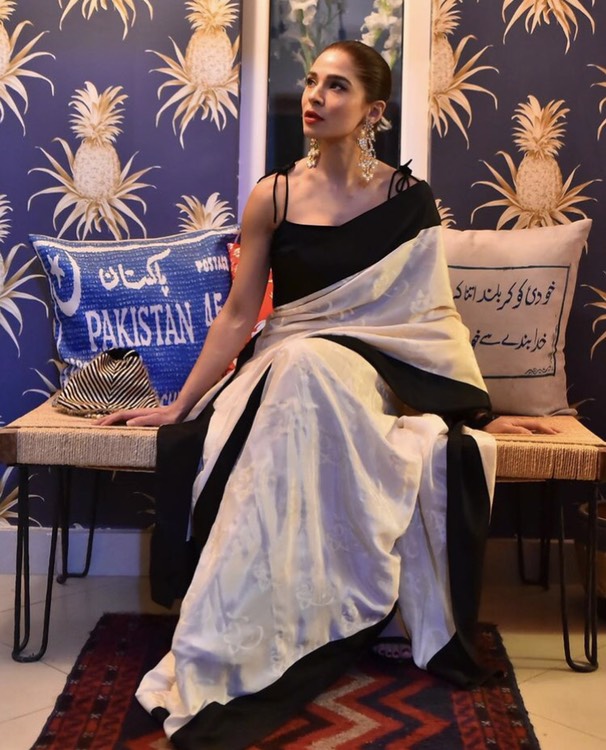 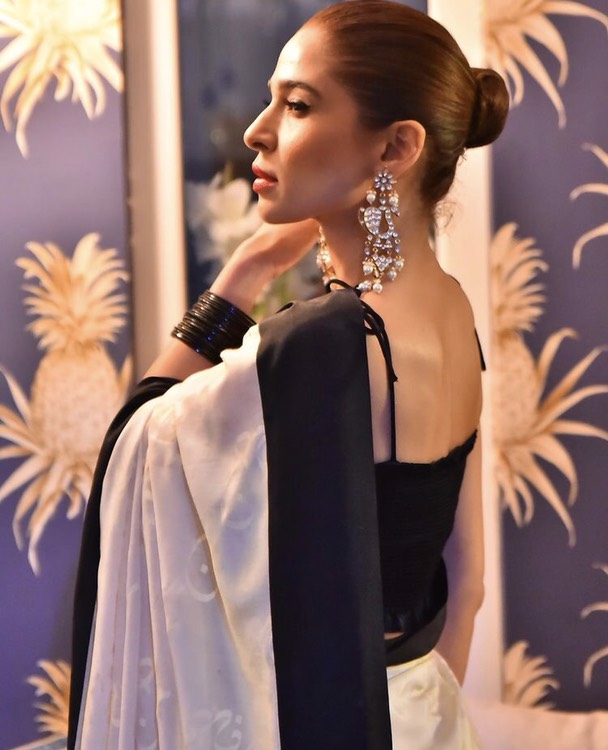 Ayesha Omar awed the crowd in a dual-toned saree outlined with a black border. With notable flared drape details teamed with a pair of ankle-strap heels, made her look like a gleaming goddess. Omar accessorized her look with heavy gold and white Kundan earrings that added oomph to her entire subtle look. 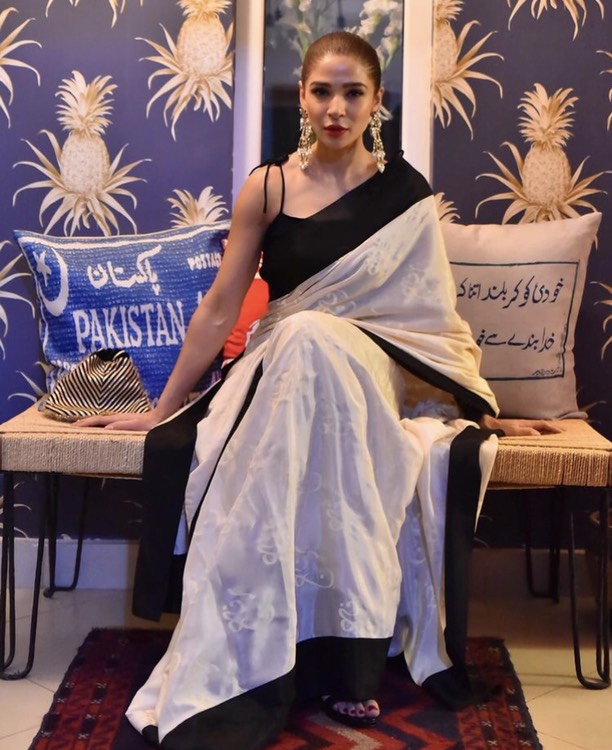 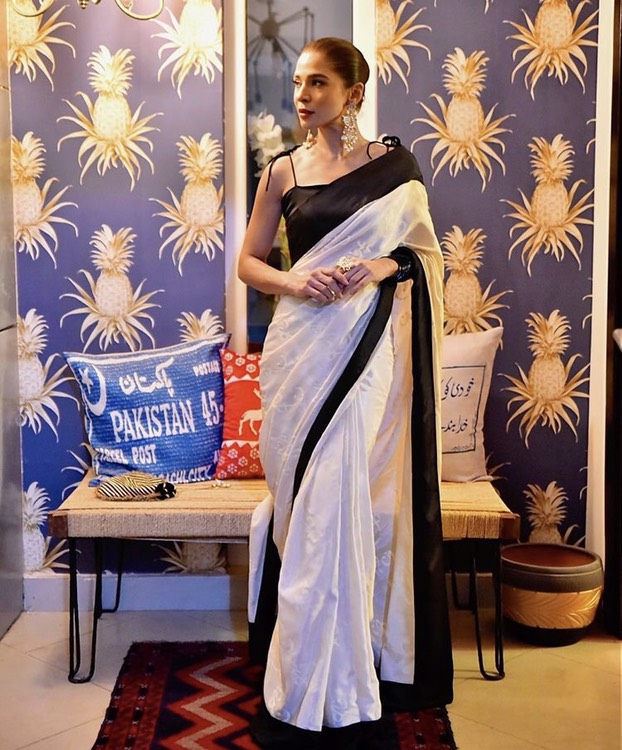 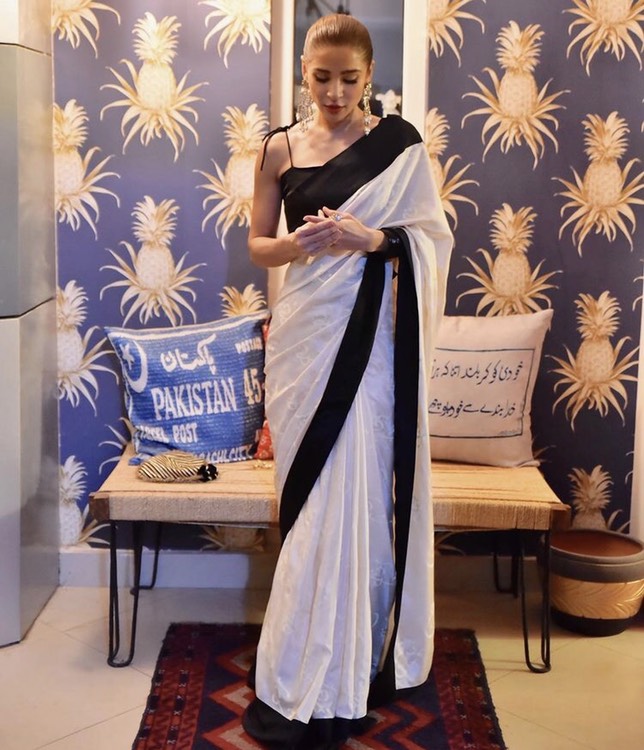 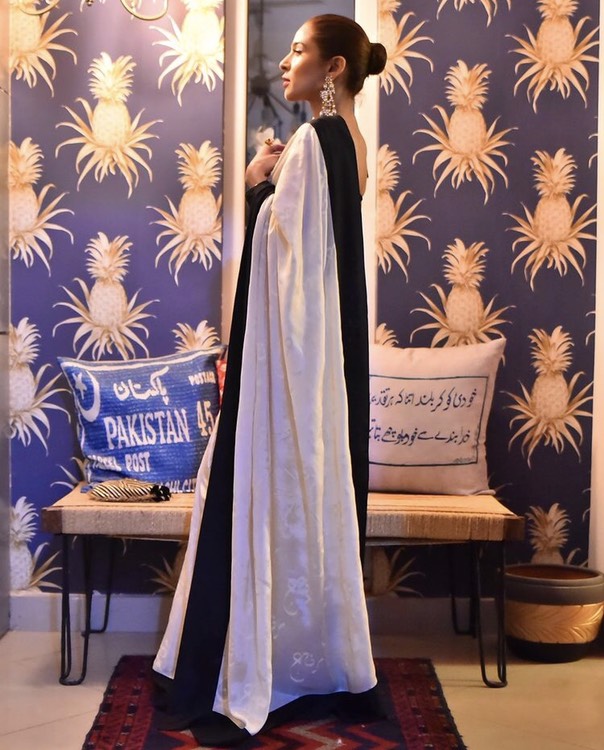 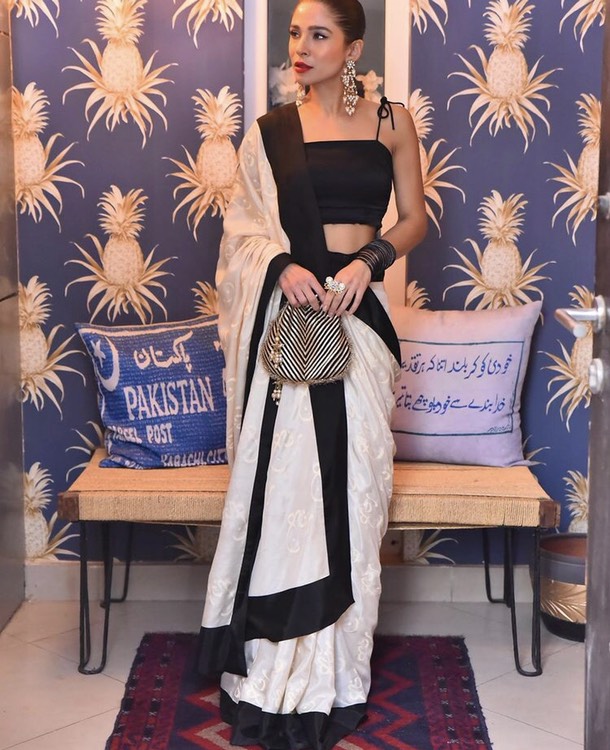 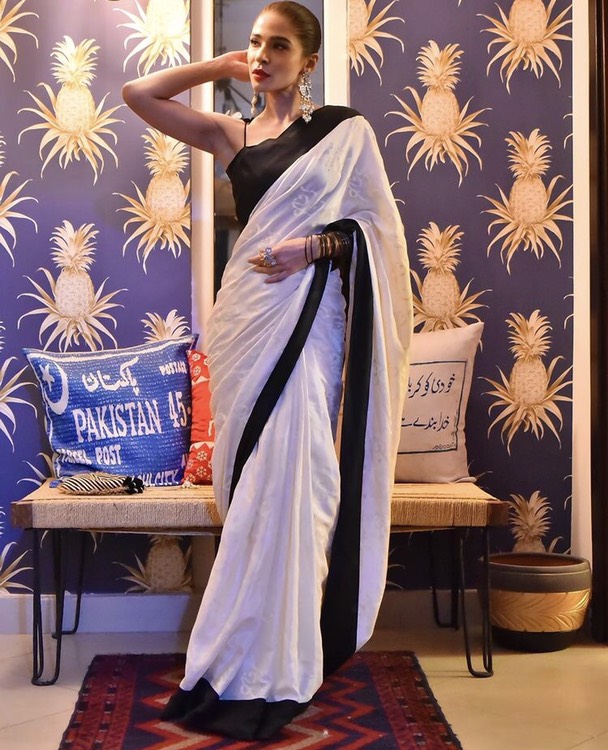