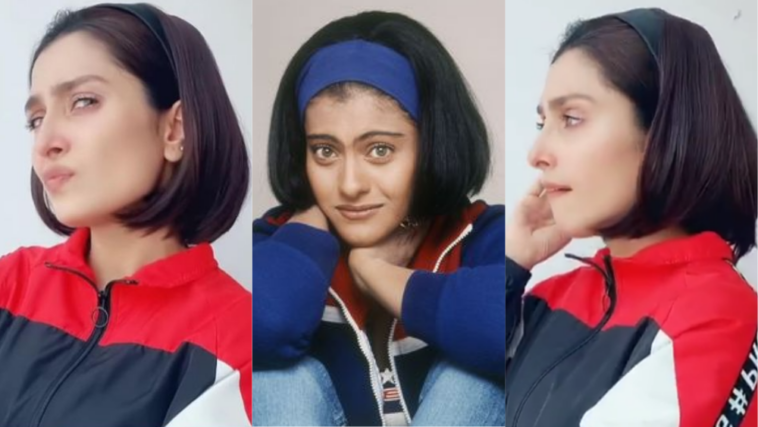 Ayeza Khan is the biggest fangirl ever in HUM TV’s upcoming drama serial Laapata! She has now turned into Anjali from Kuch Kuch Hota Hai, the iconic character that redefined Kajol’s versatility as an actress.

The Meray Paas Tum Ho star seems really excited about her new project. Every week, she drops a new look of Geeti (her character from Laapata) and pays tribute to her icons. From Sridevi to Madam Noor Jehan and Mahira Khan, Geeti is obsessed with the glamorous world of movies and hopes to become a superstar someday too.

In her recent Instagram post, Ayeza Khan shared a video in which she dons a bob haircut with a sweatband and tracksuit, the signature look of Anjali from Bollywood blockbuster Kuch Kuch Hota Hai. She wrote,

“Playing this character has been so fun for me! Especially because it allowed me enjoy some of my favourite movie stars, like @kajol I’m so grateful and can’t wait for you guys to see this!”

In another post, the star thanked her team for making this experience worthwhile.

“Its a wrap for #geetiprincess Working on Geeti has been one of the most exciting things I have done in my entire career so far… I’m soo thankful to my team for all their hard-work that they put into making Geeti a reality, and also all the fans, who showed soo much love to her and made cute little videos imitating her.” 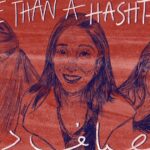 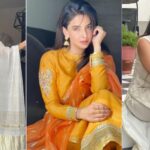